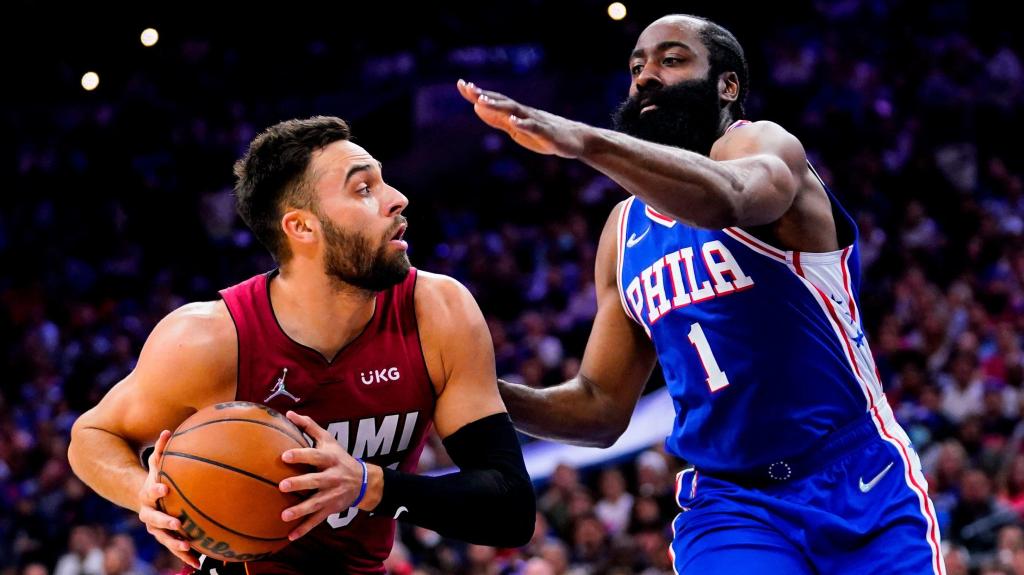 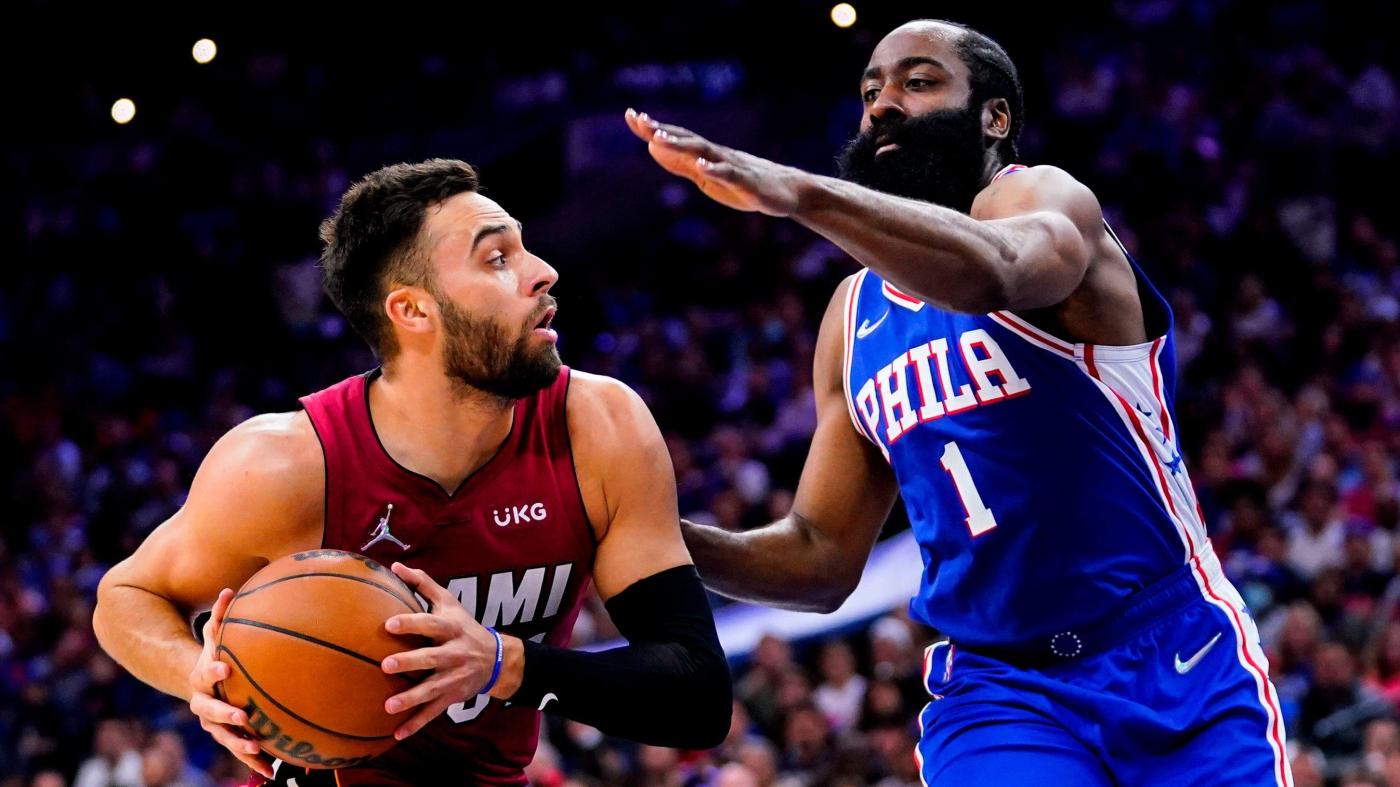 For the sixth time in 12 seasons and the second time in three years, the Miami Heat are going to the Eastern Conference finals.

With no need for a detour to a Game 7 against the Philadelphia 76ers.

Seizing control in the third quarter, the Heat pushed past the 76ers 99-90 Thursday night at Well Fargo Center to close out the best-of-seven Eastern Conference semifinals 3-1.

After twice being pummeled on the 76ers’ homecourt earlier in the series, the Heat this time did not exactly silence the Philadelphia crowd, but they did create a cascade of boos that began at the start of the third quarter and kept going from there.

Next up for the Heat is the winner of the East semifinal that the Milwaukee Bucks lead 3-2 against the Boston Celtics, going into Friday Game 6 in Milwaukee.

For all of the 76ers’ woes, from the facial fracture that kept center Joel Embiid out for the series’ first two games to the knee injury that sidelined Philadelphia forward Danny Green early in Thursday’s game, the Heat overcame adversity of their own, winning the series’ final two games with point guard Kyle Lowry reduced to spectator by a hamstring strain.

Jimmy Butler sustained his solid playoff play with 32 points, with Max Strus continuing his playoff emergence with 20 points and 11 rebounds. The Heat also got 10 points and eight rebounds from center Bam Adebayo, who provided stout defense against Embiid.

Embiid scored 20 for the 76ers, but did it on 7-of-24 shooting. Otherwise there were 20 points from Tyrese Maxey, 14 from Tobias Harris and 11 from James Harden, but little of sustained substance for Philadelphia.

2. Statement made: Butler scored nine points in the game’s first 5:01, then went scoreless for the balance of the first half.

Butler’s 17th point moved him past Mark Aguirre for 85th on the NBA all-time playoff scoring list, with his 22nd moving him past Joe Dumars for 84th.

3. Subtle brilliance: It had been an irritable few days for Heat coach Erik Spoelstra when it came to questions about Adebayo’s statistics. Thursday was another night when the Heat’s center’s numbers hardly told the most substantive story.

Aggressive defensively while often in one-on-one coverage against Embiid, Adebayo helped hold the 76ers’ center 6 of 12 shooting through the game’s first three periods.

And unlike Spoelstra’s measured approach, it was Embiid or bust for the 76ers, with Embiid playing all by 92 seconds through three periods. A 97-second rest followed before Embiid returned in the fourth quarter, airballing a 3-point attempt.

4. Strus, again: After an uneven start to the series, Strus followed up his 19-point effort in Game 5 with 16 in Thursday’s first half.

Strus again also hit the boards, closing with his second career playoff double-double in as many games.

Heat coach Erik Spoelstra attempted to give Duncan Robinson another rotation role, but pulled him as soon as Harden re-entered for the 76ers.

5. Compromised start: The 76ers lost Green for the night just 3:06 in with a knee injury.

That forced Matisse Thybulle into the game, who then quickly was called for two fouls, with Shake Milton following.

Thybulle opened the second half in place of Green, who had tormented the Heat in Philadelphia’s previous two home games in the series with his 10-of-13 3-point shooting. Green converted his lone 3-point attempt before exiting Thursday.