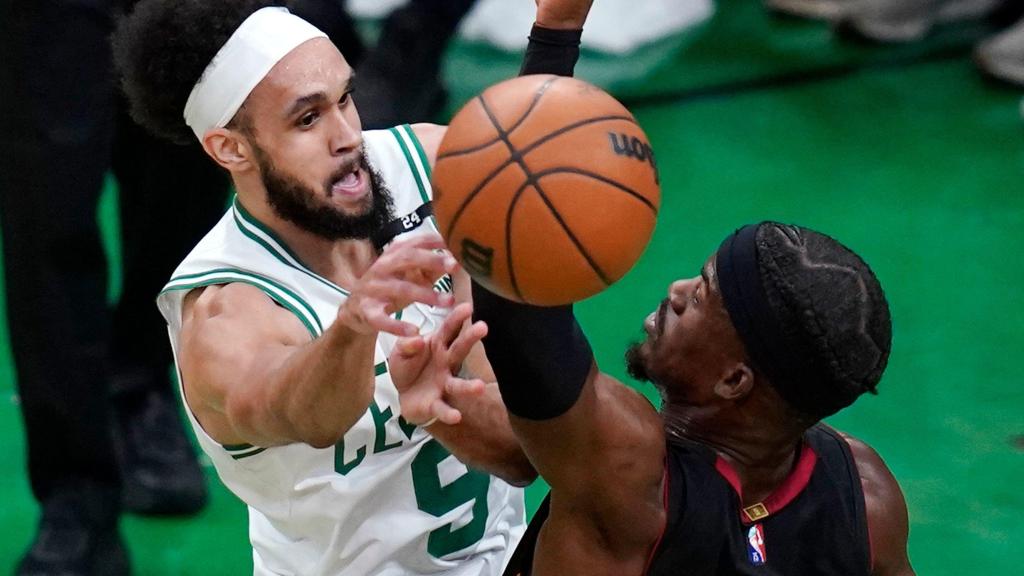 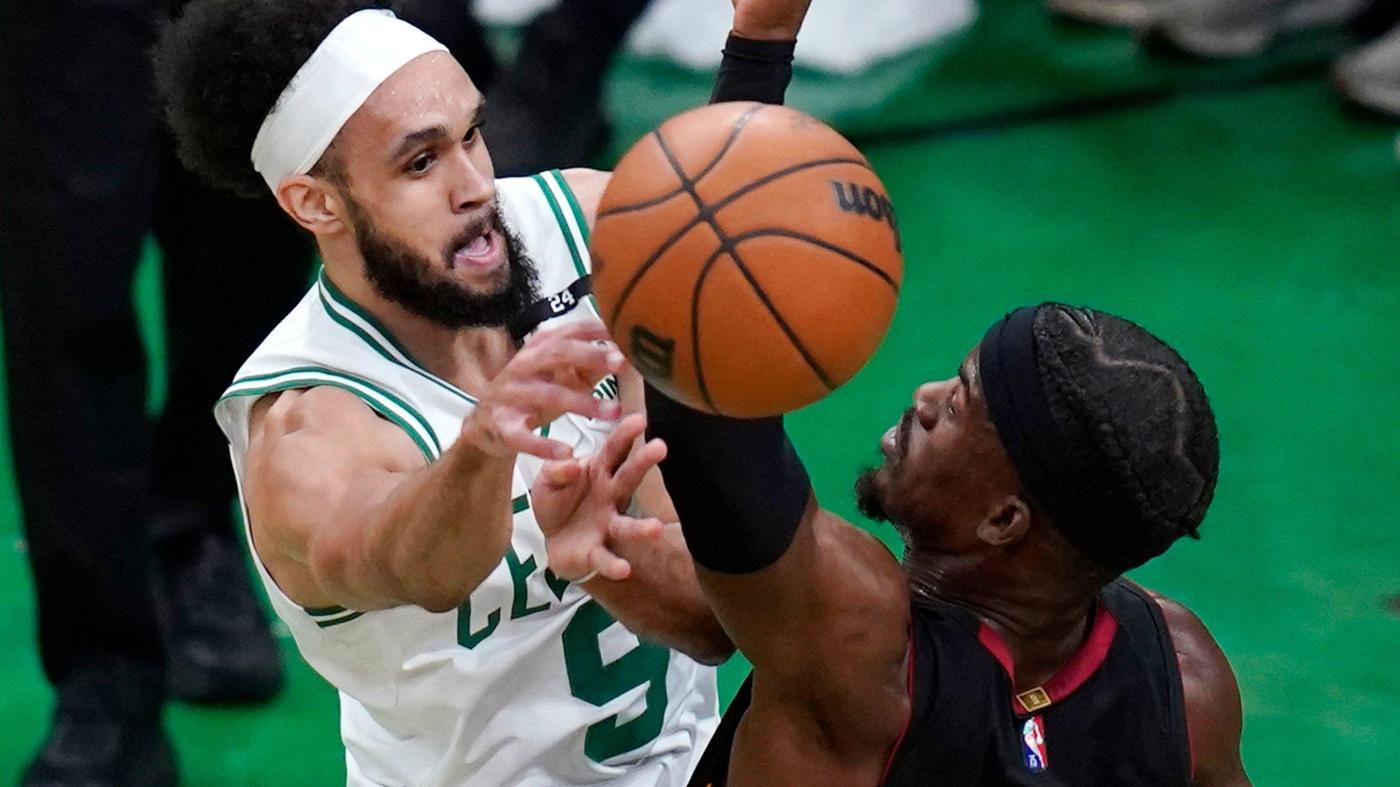 The odd part of all of this is that these Eastern Conference finals are tied 2-2.

Even though the Miami Heat and Boston Celtics both have dominated and been dominated over the past week.

When good, both have been very good.

And when bad, either has been very bad.

On Monday night, it was good Boston Celtics and bad Miami Heat.

Falling behind 18-1 at the outset and by 32 later, the Heat failed to capitalize on Saturday night’s victory at TD Garden, this time falling 102-82 on the Celtics’ home court.

So what started as best-of-seven has been reduced to best-of-three for the right, most likely, to face the Golden State Warriors in the NBA Finals, with the Warriors up 3-0 in the Western Conference finals against the Dallas Mavericks.

No Heat started scorer in double figures, with all five pulled by the start of the fourth quarter.

Forward Jimmy Butler, who sat out the second half of Saturday’s victory with knee pain, closed with six points on 3-of-14 shooting, failing to get to the foul line.

Center Bam Adebayo, coming off a 31-point performance Saturday, was limited to nine.

And point guard Kyle Lowry, in his second game back after missing eight of the previous 10 with a hamstring strain, closed with three points on 1-of-6 shooting.

With sixth man Tyler Herro sidelined by a groin strain, the Heat bench essentially was limited to Victor Oladipo’s 23 points.

The Celtics, who played in the injury absence of point guard Marcus Smart, were led by Jayson Tatum’s 31 points, with Tatum outscoring the Heat’s entire starting lineup by 13.

1. Lost at start: The Heat opened 0 for 14 from the field, their first basket not coming until Oladipo converted a 3-pointer with 3:22 left in the first quarter, after the Heat had fallen behind 18-1.

The Heat’s start included 0 for 4 by Butler and 0 for 3 by Adebayo.

That Heat’s first basket did not come until coach Erik Spoelstra subbed out Adebayo, Lowry and Max Strus in favor of Dewayne Dedmon, Gabe Vincent and Oladipo.

According to ESPN, the Heat’s one point through eight minutes was the lowest total by a team in the playoffs during that span in the last 25 years.

It was the Heat’s lowest-scoring postseason first quarter in the franchise’s 34-year history.

And still, it was not the Heat’s worst quarter against the Celtics this season. That came in a nine-point second period in a 17-point loss to Boston in November.

Oladipo effectively was cast in Herro’s role, as both primary scorer and facilitator.

If nothing else, it was somewhat of a showcase for the impending free agent.

3. Scoring heft: Unlike Oladipo’s first-half scoring, Tatum’s early barrage contributed to something significant, up to 24 points at the intermission, when the Celtics led 57-33.

It was an aggressive Tatum from the outset, at 12 of 14 from the line at the intermission, at a stage the Heat were 6 of 9 on free throws.

It was the third time in the series’ four games that Tatum scored 20 or more in the first half.

4. Herro prudence: The Heat made the call early with Herro’s groin strain.

At the morning shootaround at TD Garden, Spoelstra said it was a matter of protecting Herro against instinct to push through.

“We just had to really be responsible and take the decision out of his hands,” Spoelstra said, with team physician Harlan Selesnick consulting with Herro before Spoelstra addressed the media. “He really wants to be out there.

“The trainers and Dr. Selesnick don’t think that’s the best idea, because of the intensity and everything. But we’ll see. He’s young. We’ll treat him day to day and we’ll see what happens from there.”

5. Smart choice: The Celtics, by contrast, waited until about 90 minutes before tipoff before announcing that Smart was out, unable to contain the swelling around the ankle sprain that briefly took him out of Game 3.

That had Derrick White starting for the second time in the series, after filling in for Smart in Boston’s Game 1 loss, when Smart was out with a midfoot sprain.

White, who missed Boston’s Game 2 victory for the birth of his son, promptly went out and scored the game’s first seven points, up to 11 at the intermission.

Albuquerque man charged in killings of 2 Muslim men, suspected in 2 other slayings