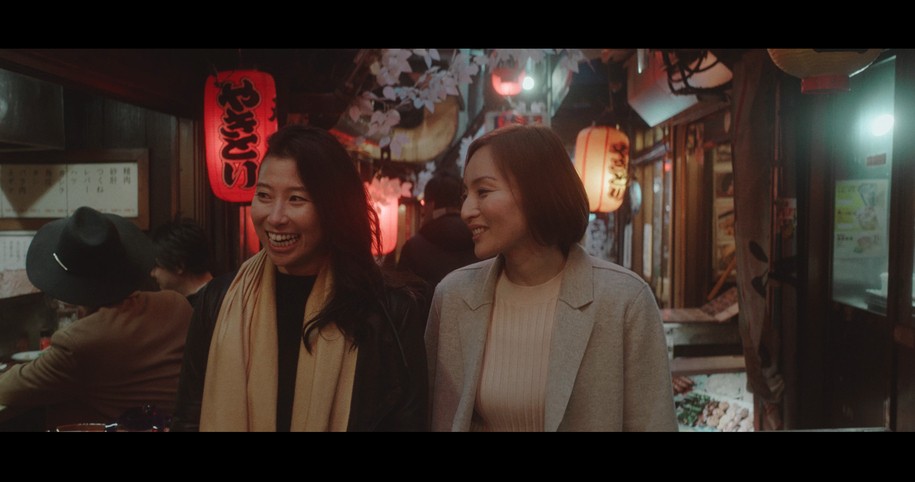 First, what is the movie actually about? In a word: Wonder. In And Then, we join two insomniacs: Mana (played Erika Ishii), a Japanese American artist, and Haru (played by Rina Hoshino), a Japanese art lover, for a film that feels filled with nostalgia, bittersweet missed connection, and quiet, surreal relationships that happen by chance and then grow and shift life in small and big ways. The audience doesn’t glean a ton of backstory about the main characters, but we really don’t have to; the film doesn’t try to position itself as that kind of story. Instead, the film invites the viewer into longing and quiet reflection and offers a sort of mirroring effect to the exploration and growth the main character experiences in a new city and new love.

“Rarely do we get to see POC in mainstream Hollywood enjoy fantasy surrounding our own lives and enjoying some form of escapism in that way, so that’s what inspired this film,” Tran explained to Daily Kos. Tran also noted that she wanted to “make a travel romance that didn’t feature white-centric couples falling in love abroad.”

If you follow queer movies (or really, movies in general), you’ve likely realized that the films that get the most attention are overwhelmingly, disproportionately white. In terms of films with same-sex couples, the biggest titles—Call Me By Your Name, Disobedience, Carol, Ammonite, Portrait of a Lady on Fire, But I’m A Cheerleader, Brokeback Mountain, and so on—focus on white people. There are incredible queer films that center queer people of color—Moonlight comes to mind, as does The Half Of It, Tangerine, and Pariah, but titles centering on queer people of color don’t tend to get the same national, mainstream attention as those that focus on white people. That’s not a problem only within queer media by any means, but that’s also not an excuse to not solve it when making queer films and TV.

If you, like me, are feeling curious about what life was like behind the scenes, Tran shared a bit about the experience—including what, to her, felt like the most challenging aspect. For Tran, the biggest challenge came from never having done a narrative short before. On top of that, they were producing and shooting in a country where she isn’t fluent in the language.

On the bright side, Tran shares that crew members joined from across the globe, including Australia, the United States, Chile, the United Kingdom, and locals in Japan. One of the most rewarding experiences of making the film, according to Tran, was simply “being able to create art and tell a story with talented creatives and being able to mesh well with one another.”

Her advice for other aspiring creators of filmmakers: Tran encourages people to be kind and humble and to lift your peers up and create art together if you’re able to. “It took me over a decade to build any kind of following,” she shares via email. “And I would be anywhere without peers who supported my creative endeavors from the beginning.” For marginalized creators especially, Tran advises finding peers “who identify with your values and beliefs that might be interested in the kind of work you do.”

You can check out the trailer below.

At the time of writing, you can watch And Then (and other excellent short films) for free as part of the Short Shorts Film Festival here.