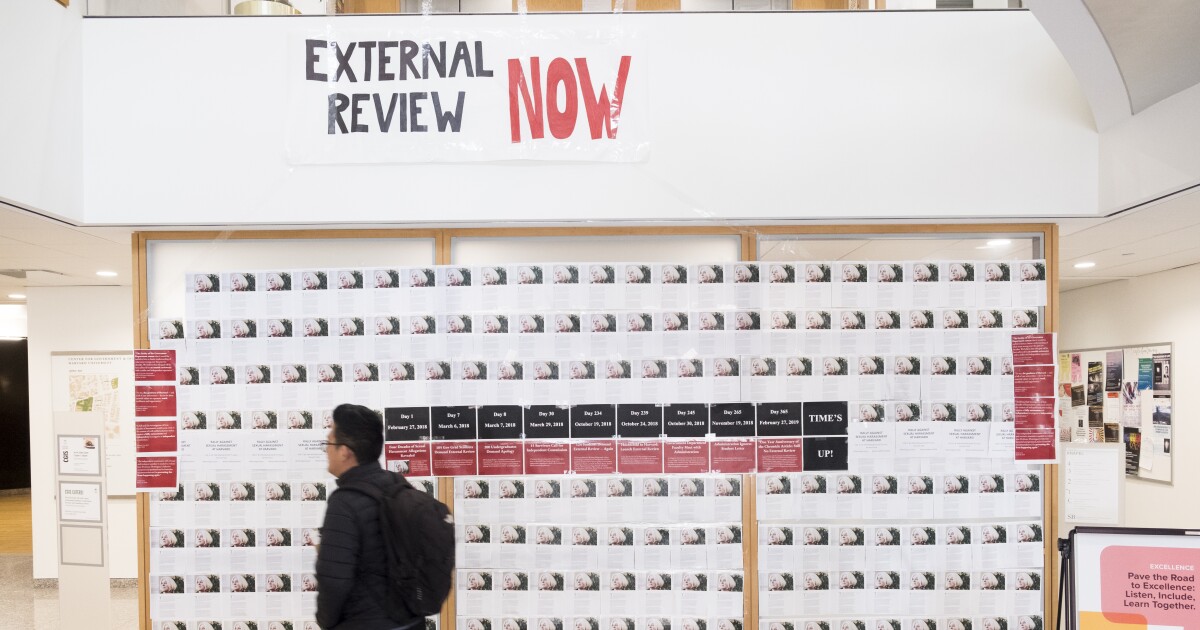 Lawrence S. Bacow, president of Harvard University, formally apologized on Thursday to Terry Karl, a former government professor, for the university’s failure to enforce sanctions against another professor, Jorge Domínguez, whom she had reported for sexual harassment in the early 1980s. Karl left Harvard for Stanford University, where she is an emeritus professor, while Domínguez stayed and continued to sexually harass women at Harvard for almost four decades, a 2018 Chronicle investigation found.

“Harvard failed her,” Bacow wrote in a letter that was shared on Thursday with the Harvard community. “She deserved better, and she and others suffered greatly as a result. I also apologize to those whose subsequent sexual harassment might have been avoided if Harvard had taken timely and appropriate actions. We all owe Dr. Karl a debt of gratitude for doing the right thing, especially when it was difficult, and for being persistent in her efforts to demand justice.”

The university also released a report of recommendations made by an external-review committee that was charged with examining “factors that may inhibit Harvard’s ability” to assure “a working and teaching environment free from harassment and discrimination for all members of our community.” The recommendations include: foster greater “psychological safety”; better communicate the process for reporting misconduct; improve the gender imbalance on the faculty; improve transparency around investigations and sanctions; and standardize a process for vetting candidates for leadership positions.