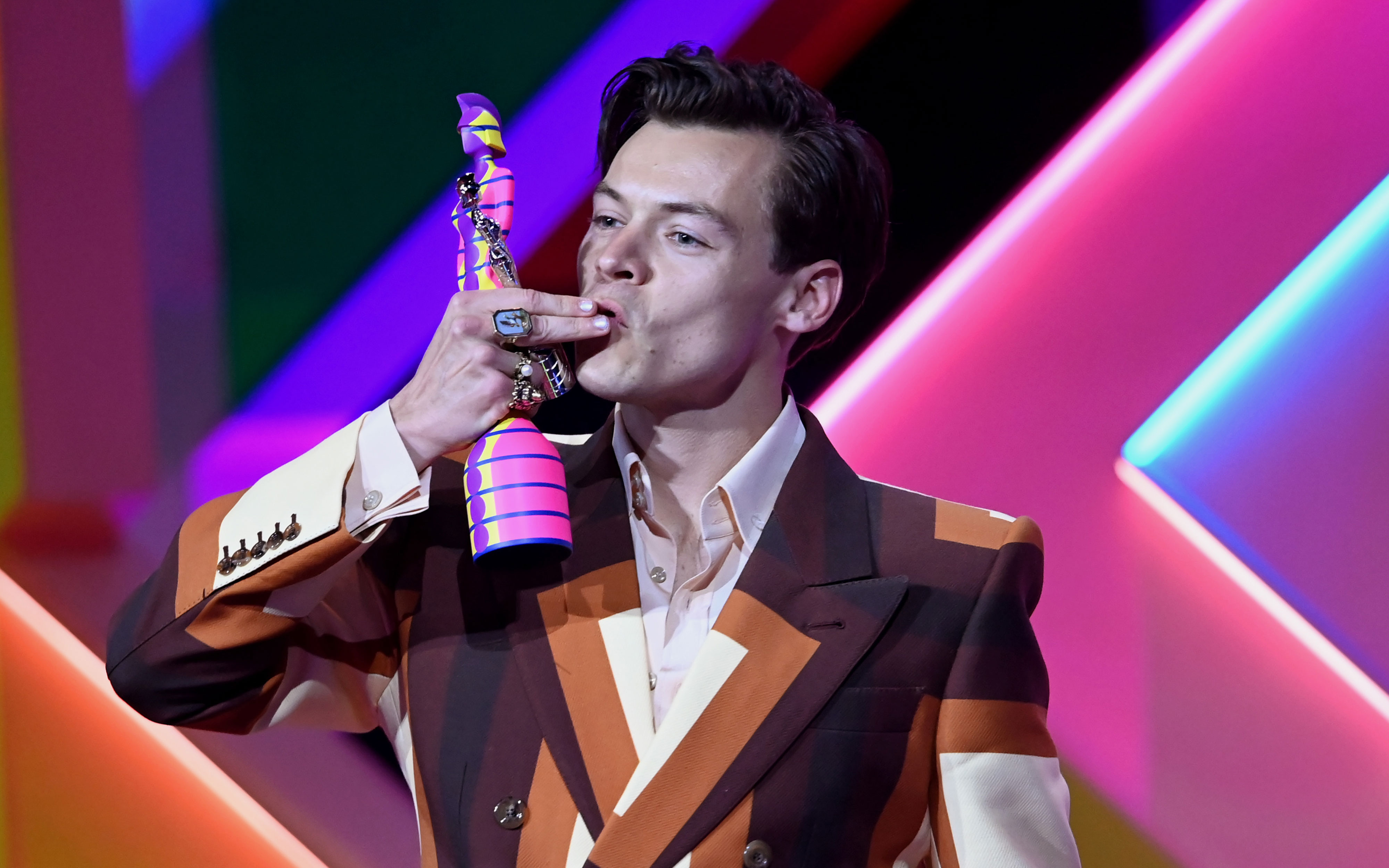 From jaw-dropping fashion like Harry Styles’ Brit Awards leisure suit to heartfelt speeches from artists like Taylor Swift, the 2021 Brit Awards were filled with bold statements. As the U.K.’s first large-scale indoor event since COVID-19, the guest list was limited and tables were spaced out to avoid overcrowding. But despite necessary pandemic restrictions, this year’s Brit Awards were a genuine celebration of musical talent.

The May 11, 2021 event stands in stark contrast to the 2020 Brit Awards, which were widely criticized for favouring male artists, with only one woman receiving a nomination across 25 slots in the mixed-gender categories.

This year’s Brit Awards were dominated by pop star Dua Lipa, who won Best British Female Solo Artist and British Album of the year for her album “Future Nostalgia.”  She wore a custom Vivienne Westwood corseted mini dress with an extravagant train, platform heels and thigh-high mesh stockings for the occasion, along with a retro beehive hairdo. In her acceptance speech, the artist notably called on Prime Minister Boris Johnson to raise the pay for National Health Service (NHS) frontline workers. But Dua Lipa wasn’t the only attending artist whose speech made waves.

Wearing a bedazzled Miu Miu set, Taylor Swift graced the 2021 Brit Awards as the first woman to win the Global Icon award. In her acceptance speech, she shouted out boyfriend Joe Alwyn and longtime BFF Selena Gomez, and left us with some great advice: “I need you to hear me when I say that there is no career path that comes free of negativity. If you’re being met with resistance, that probably means that you’re doing something new.”

Six out of seven winners in mixed gender categories were female, including the band Little Mix, sister trio Haim, Billie Eilish, and British singr Arlo Parks. Check out the gallery below to see our favourite looks from the Brit Awards red carpet 2021.

Harry Styles in a Gucci suit and handbag

Headie One in Louis Vuitton

Lauren Boebert really wants to impeach Biden, but she should have hired a proofreader first