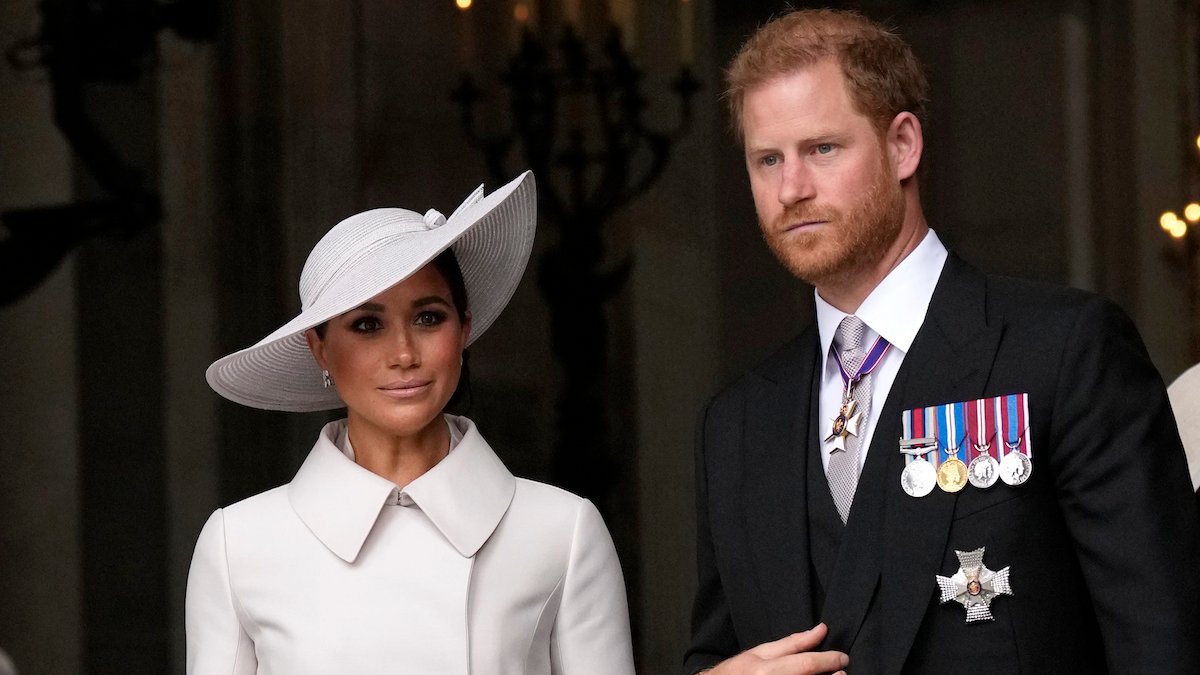 Prince Harry and his wife, Meghan, joined other members of Britain’s royal family Friday at a church service honoring Queen Elizabeth II’s 70 years on the throne.

The queen herself skipped the event at St. Paul’s Cathedral in London due to difficulties getting around that have limited the 96-year-old monarch’s public engagements in recent months.

But royal watchers quickly shifted their focus to Harry and Meghan as they made their first public appearance in festivities marking the Platinum Jubilee.

Harry and Meghan, who gave up royal duties and moved to California two years ago, kept a low profile during the jubilee events held Thursday, the first of four days of celebrations. The couple appeared only in photographs shot through the windows of the building from which members of the royal family watched the Queen’s Birthday Parade.

The pair played a more public role on Friday, walking into the church on their own, holding hands and proceeding down the long nave of the cathedral ahead of more senior royals. People inside the church craned their necks to watch.

The service of thanksgiving is taking place on the second of four days of festivities celebrating the queen’s Platinum Jubilee. On Thursday, thousands of royal supporters cheered wildly as the queen joined other senior royals on the balcony of Buckingham Palace to watch 70 British military aircraft fly past.

The queen decided not to attend Friday’s church service after experiencing “some discomfort” during Thursday’s events. She will watch the event unfold on television as Prince Charles stands in for her.

The congregation at St. Paul’s includes members of the royal family, senior politicians, diplomats and more than 400 essential workers, charity volunteers and members of the armed forces who have been invited in recognition of their service to the community.

Archbishop of York Stephen Cottrell is set to deliver a sermon. Cottrell stepped in after Archbishop of Canterbury Justin Welby tested positive for COVID-19. The service will begin and end with the tolling of Great Paul, the largest church bell in Britain.

Queen Elizabeth II and members of the royal family stepped out on the balcony at Buckingham Palace Thursday at the start of the Queen’s Platinum Jubilee.