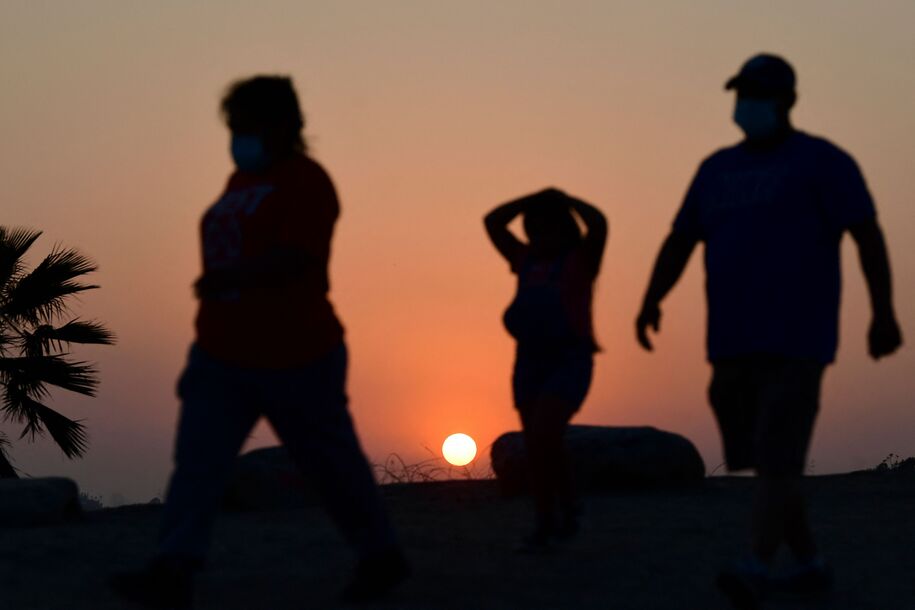 Manifestations of climate change vary geographically, and many lack the beautiful outcome counterbalance. A friend in Flagstaff, Arizona, recorded disastrous floods due to a 200-500-year monsoon rain event combined with exceptional drought and an extensive burn scar. A few days earlier, a flash flood due to extreme weather roared through Gila Bend. One month ago, the Gila River was profiled as a casualty of climate change because the once-vibrant river now rarely holds water.

This summer, people in the Pacific Northwest struggled during repeated high-temperature periods as Portland and Seattle broke all-time-high temp records. During the July heat dome, The Guardian shouted ‘Nowhere is safe”: heat shatters vision of Pacific-northwest as climate refuge. “Roads cracked and buckled in the heat, power cables melted, restaurants shut down … with several hundred people believed to have died in the heat … an estimated 1 billion marine creatures perished, as helpless mussels and clams cooked in their own shells.”

Last month, New York City’s air quality was among the world’s worst due to the toxic smoke from the wildfire burning near me and several hundred others across the western states and British Columbia. This week, Salt Lake City claimed the “worst air quality” title.

In Missouri, people are worried that incredibly high rains may prevent camping trips and other recreation. Initially, I ridiculed this perspective, then considered it might be one way to reach deniers by connecting climate change to something that disrupts their pleasure.

Rising rainfall and flooding due to climate change could could put a damper on plans for outdoor enthusiasts at state parks across Missouri.https://t.co/Udi2MRHbDw

Scientists can definitively attribute weather extremes to climate change—heavy rains, strong winds, extended hot spells, and drought. On the West Coast, fire season was predicted to be bad this year and the reasons—drought, high temps, and low fuel (dead plant debris) moisture—are definitely climate change phenomena. Low fuel moisture, a primary contributor to extreme wildfires, isn’t visible; but deadwood in the forest has less moisture now than lumber at Home Depot. The effects of drought, on the other hand, are impressive and represented by Butte County’s Lake Oroville.

So here we are with the consequences of climate change: catastrophic fires, extreme weather, biodiversity losses, infrastructure damages, and human casualties. Some of these consequences offer incredible but grotesque beauty—I live close enough to the biggest climate fire in the U.S. to see 40,000-foot high pyrocumulus clouds from my front window. Other consequences—floods, heat, strong winds—provide dramatic scenes of nature’s power with dangerous outcomes for humans and wildlife.

We need to talk to each other about these occurrences, especially with our neighbors who still deny climate reality even though they also experience the consequences. Deniers will still scoff “always had dry spells,” but we can use events that our communities have gone through as evidence. I might ask, “Do you recall another five-year period in Butte with four monstrous disasters?” and then itemize the recent history locals know well: The 2017 Oroville Dam spillway crisis caused an evacuation of 180,000 people; the 2018 Camp Fire was the deadliest and most destructive fire recorded in California; and the 2020 North Complex Fire traveled 40 air miles across the Sierra to the Oroville Dam in one day. This year, the Dixie Fire grew into the largest single fire ever recorded in the state and the first fire to cross the entire Sierra Nevada Mountains from the west slope foothills to the base of the east slope.

Conversations about the weather used to be relegated to the idle chit-chat genre, but now we should bring weather into everyday conversations. Instead of an offhand “sure is hot,” we can acknowledge the extraordinary and consequential corollaries of these events. When flash floods are the local weather extreme, we can commiserate about the damage and how odd it is to go from drought-stricken to flooded in a few months. If increased intense rainfall, as in Missouri, curtails recreation, we can gripe about how it happens all the time now but used to be rare. We can rave about the beautiful sunset and recognize the anomalous conditions that produced it during nearby wildfires or when living with smoke that originated over 2,000 miles away.

We need to change the conversation and link “extreme events” with “climate change.”

Community Spotlight’s mission is to ensure that the best stories from the Daily Kos Community aren’t overlooked. We encourage members who write excellent stories with original views to keep writing by promoting work that isn’t receiving enough attention. We further support a healthy Community by not rescuing topics and specific stories designed to provoke bitter comment battles, although we relish strong arguments presented fairly and backed up by credible sources.

Good news: You don’t have to search to find our rescued stories! The nightly News Roundup, an Open Thread published six days a week at 7:30 PM PDT, includes links to each day’s rescued stories.

Reminder: The numbers in parentheses after each author’s name indicate the year they joined Daily Kos, how many stories they’ve published, and how many we’ve rescued.

John Perr, previously a Daily Kos Featured Writer, carefully lays out the situations that led to the U.S. withdrawal from Afghanistan and how that affects the “blame game now underway.” He concludes, “You can certainly make the case that President Biden has dropped the ball in his handling of the American drawdown in Afghanistan. But, in large part, that’s because Donald Trump tied his hands.” The story elicited a lively reader response.

In this memorial for his father, a Rosebud Oglala Sioux, appy uses photos and careful descriptions of ceremonies and the art of featherwork to take readers to a Pow Wow forty years ago. “So, that is what this Pow-Wow is about for us. Matt’s flag will be raised and flown from the center pole, and I will dance his things during every Traditional dance.”

While seeking public documents to look into local government’s actions, the author met attempts to stymie her record requests from uncivil, rude, maskless officials who demanded civility. “So I say to you, my friends, do not be cowed, bullied, insulted, or intimidated by the civility police. It’s a cudgel, the weapon of choice for scoundrels.”

Amidst all the bad news comes this report of tolerance, joy, and camaraderie, with photos from North Dakota. “Here in Fargo-Moorhead, Pride weekend resembles a combination of Halloween (people dress up), Mardi Gras (we have a parade where we throw candy into the crowds), and Fourth of July (without the fireworks). The park and parade are family-friendly events … along with rainbow garb and glitter. There has never been an ‘incident’ at a Pride event here.”

War is hell, but a worse hell during a pandemic, so rational leaders will seek a cease-fire, asserts the author. “The problem with that logic is A) rational leaders don’t go to war with the U.S. and B) the U.S. doesn’t always have rational people in charge. … To be sure, wars are more fun to think about than pandemics. There are way more action movies and video games about the former than the latter.”

If we were wrong about Afghanistan, what makes us right when we explain how wrong we were? by Bidenmytime (2020-1-1)

Here and Now on NPR discussed what was wrong with how President Biden managed the withdrawal of U.S. troops from Afghanistan. This motivated the author to imagine what “a perfectly orderly withdrawal would look like.” Three different scenarios are outlined and evaluated, and Bidenmytime concludes, “I’m sure Biden considered all these possibilities when he decided ‘Screw this. We end it now.’”

Gender isn’t just about the genitals you’re born with: The gender conundrum by lafosner (2020-25-1)

Lafosner offers selections from three different literature sources supporting the claim that gender is a spectrum, not a binary male-female based on genitals. “When it comes to sexual orientation and gender identity, there is no normal; there are only varying degrees of weirdness. And like it or not, we’re all on that spectrum.” Commenters expand on the topic, providing context and correction.