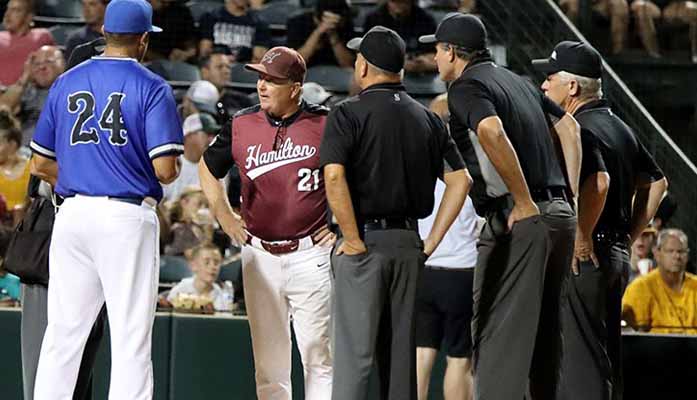 TEMPE – The Battle for Arizona Avenue is one of the state’s biggest high school rivalries. Separated by just 3.8 miles, Chandler and Hamilton high schools have dominated the prep football scene. The Huskies won seven state championships from 2003-12, while the Wolves won five straight from 2016-20.

On Tuesday night, the battle was on an unfamiliar road, in an unfamiliar stadium. The two blue bloods of Arizona high school football competed in AIA 6A Baseball State Championship at Tempe Diablo Stadium.

The game was the first meeting between the two programs in a state title game. Hamilton dominated, winning 11-1 in a five-inning run-rule game.

For the past few years, the football rivalry has been all Chandler. Five straight state championships and nine straight wins against Hamilton ended in 2021.

Senior Kole Klecker, who started on the mound for Hamilton, knows how much this game means for two schools that have a history of competing at the top.

“Sweeping (Chandler) this year is awesome,” Klecker said after the game. “It’s always fun when football plays, when we play, students come out and it’s always intense.”

The senior got it done on both ends, collecting two hits with two RBIs at the plate and threw all five innings, giving up only one run against five strikeouts. 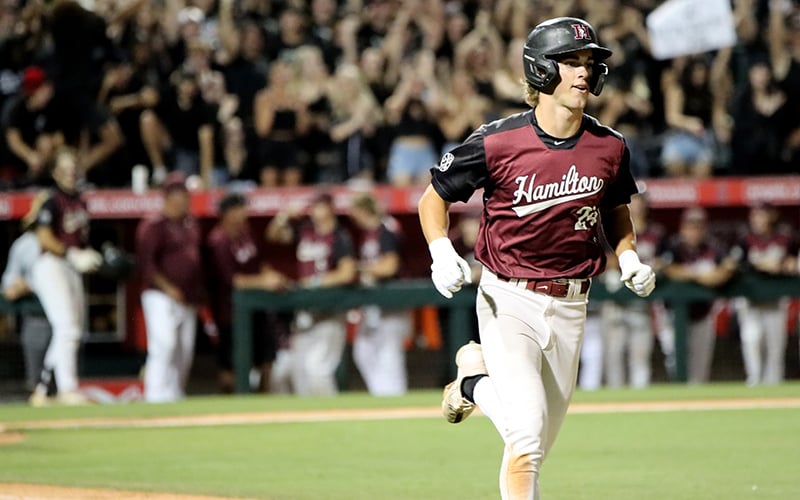 While both coaches understood the importance of the rivalry, each has an appreciation for what the other is doing.

“Any time you play Hamilton, you want to beat them,” Chandler coach David Lopez said. “We’re trying to do our part on the baseball side to make things more competitive. I have a lot of respect for Mike Woods as a baseball coach and more importantly as a man.”

Hamilton’s coach Woods said he “didn’t want to make a big deal” about the win coming against Chandler, and that he appreciates and respects the coaching staff at the school.

“(Chandler’s) a good baseball team,” Woods said. “It’s not any sweeter beating the Wolves. They’re our rivals but (members of the coaching staff) are our friends. It’s almost bittersweet.”

But for the fans, it helps expand the rivalry between the schools from the gridiron to the diamond.

Chandler has a chance to turn this baseball rivalry around. Klecker, Gavin Turley and Prince DeBoskie were the only Hamilton players to record multiple hits. All three have played their last game for the Huskies, with Turley potentially turning pro in this coming MLB draft.

“I appreciate what the seniors have done, and it’s on the young guys to see where the bar is at now,” Lopez said. “We’re moving in the right direction, and that is exciting.”