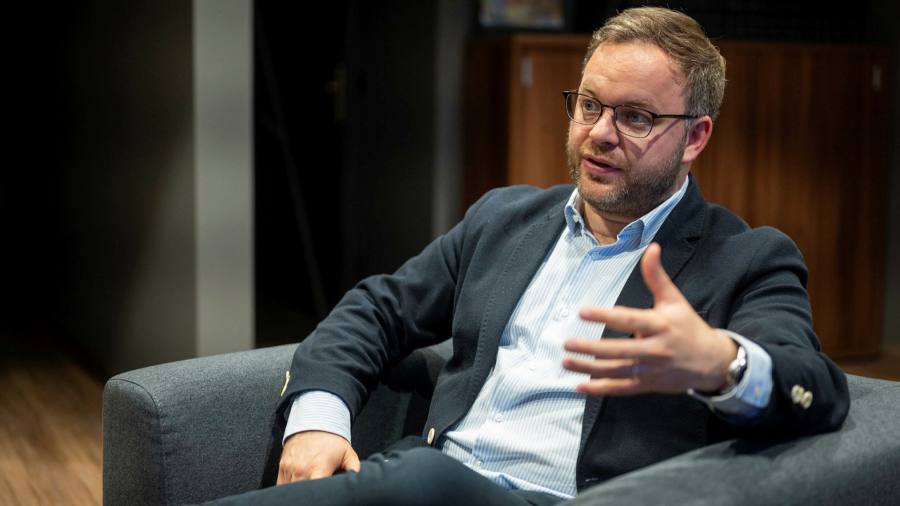 Hungary has called for immediate peace talks to end the war between Ukraine and Russia, warning that a prolonged conflict will fuel an economic crisis that will imperil governments across Europe.

A swift ceasefire in the four-month-long war is Europe’s “only chance” to avoid a crippling recession, said Balázs Orbán, political director for Hungarian prime minister Viktor Orbán, forecasting that other EU governments will shift from backing Ukraine militarily towards “rationality” and a rapid end to the conflict in the next few months.

Budapest has long been Moscow’s closest partner inside the EU and has provoked frustration in Brussels since the war began for its reluctance to sever all ties with Russia and declare unequivocal support for Ukrainian president Volodymyr Zelenskyy.

Some of Hungary’s EU partners were too eager for a fight with Russian president Vladimir Putin that is dragging the continent into crisis, Balázs Orbán said, warning that they should abandon that strategy or see the resulting economic pressures destroy public support for their military backing of Kyiv.

“They want to fight the war. They see that they can beat Putin, they can occupy the Kremlin and that’s their goal,” said Orbán. “At the beginning of the conflict, at least in the media, that was the mainstream opinion.

“But I would make a bet with you [on] how it will look in four months’ time . . . more rationality will come up,” he said.

“The realities of utility cost prices, energy, political destabilisation, the suffering of the middle class, it will just be an everyday [problem],” said Orbán, who is no relation of the prime minister. “In Portugal or in Spain, people will not accept the fact they are at war because they are far away . . . So it will cause political tension for sure.”

The comments clash with the rhetoric coming from almost all Nato and EU capitals in support of Kyiv’s military campaign to fight back against invading Russian troops, and the shipment of billions of dollars in weapons since the war began.

But a proliferation of dire economic warnings and recession forecasts from governments and central banks on the potential economic damage caused by the conflict has sparked talks between EU leaders on how the bloc should respond. Some economists are advocating extreme measures such as energy rationing and price caps.

Orbán said Budapest condemned Russia’s invasion but, in contrast to other EU states agitating for Putin’s defeat, added that “right now is the time to sit down, to relax . . . our main target should be in the upcoming months, negotiations, peace, ceasefire, peace”.

“We’re not being a troublemaker. But if you try to do politics without realities, you will just lose the people’s confidence,” he said. “And that is the fear we have right now, that if we look around there are no honest discussions about the current situation.”

Since Viktor Orbán began his second period as prime minister in 2010, Hungary has been a prominent voice within the EU calling for better relations with the Kremlin as Putin’s reputation in the west soured over the 2014 annexation of Crimea, attempts to meddle in western elections and the brutal suppression of opposition politicians.

Last month Budapest succeeded in watering down EU sanctions aimed at curtailing purchases of Russian oil, and vetoed efforts to sanction the head of the Russian Orthodox Church. It has also refused to allow its territory to be used to transfer weapons to Ukraine, with which it shares a 137km border.

Viktor Orbán and Zelenskyy clashed publicly in the early weeks of the war. Zelenskyy confronted Orbán during an EU summit for “hesitating” over the sanctions against Russia, while Orbán said the Ukrainian leader was a political “opponent.” Budapest, however, offered prominent backing for Ukraine’s bid for EU membership.

Balazs Orbán said it was “hard” to predict the nature of the EU’s future relationship with Putin’s government, and that discussions would be required on how to deal with Russia after the war.

“What we did in the last 12 years is not sustainable any more because the circumstances changed,” he said. “So right now we minimise the contact. Then we wait until the end of the war, and then sit down and figure out what to do.”