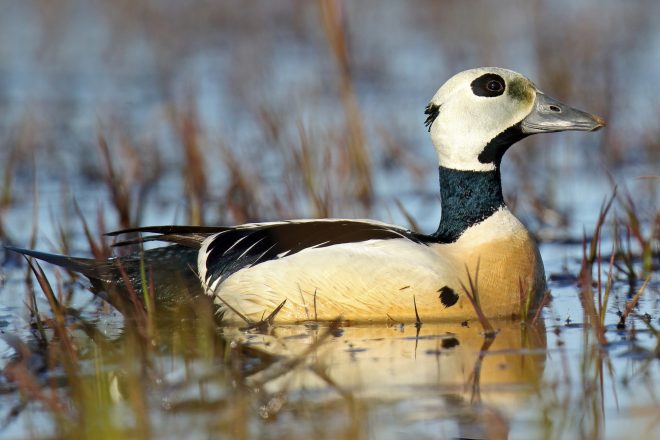 A study published today by BirdLife International shows that 49 percent of the roughly 11,000 bird species in the world are in decline and one in eight is currently threatened with extinction.

BirdLife’s State of the World’s Birds Report mirrors a study we reported on in May that said the populations of 48 percent of the world’s bird species are shrinking.

Stuart Butchart, chief scientist at BirdLife, admits that the “situation is dire, but we know how to reverse these declines. Our research shows that between 21 and 32 bird species would have gone extinct since 1993 without the conservation efforts undertaken to save them. Species like the Echo Parakeet, California Condor, Northern Bald Ibis, and Black Stilt would no longer exist outside museums were it not for the dedicated efforts of the many organizations in the BirdLife Partnership and beyond. If we give nature a chance, it can recover.”

The State of the World’s Birds Report is published every four years by BirdLife International and is based on the latest analysis of BirdLife’s datasets on the status of all the world’s 11,000 species of birds and 13,660 Important Bird and Biodiversity Areas, a comprehensive review of recent scientific literature and input from the 119 national organizations comprising the BirdLife Partnership.

In addition to showing the dramatic declines of bird populations globally the report also identifies what is driving the losses:

One example of the threat posed by expanding agricultural areas: In Ethiopia, the loss of grassland habitats to farmland since 2007 has caused an 80% decrease in the numbers of Liben Larks — an endemic species found nowhere else on Earth.

“Since the last State of the World’s Birds report was released in 2018, we’ve seen a continuing deterioration in the status of the world’s birds — a greater proportion of bird species have declining population trends than ever before, and the overall extinction risk continues to grow,” says Lucy Haskell, science officer at BirdLife and lead author of the new report. “This deterioration in status is driven by worsening threats — many of the most important threats such as agriculture and logging continue to cause widespread declines, while we’re starting to see other threats like climate change, extreme wildfires, and avian flu increase in importance. The COVID pandemic also highlighted more than ever the link between our own health and the natural world — research suggests that wildlife, and birds in particular, are beneficial for our mental wellbeing, but our overexploitation of wild animals and the destruction and degradation of natural habitats has increased the risk of diseases being passed from wild animals to humans.”

The report concludes that one of the most important actions is to effectively protect and manage the most critical sites for birds and other biodiversity. Although much more action is needed, since 2013 over 450 Important Bird and Biodiversity Areas (IBAs) have been protected and 726 globally threatened bird species have directly benefited from actions of the BirdLife Partnership.

BirdLife International has identified over 13,600 Important Bird and Biodiversity Areas (IBAs). IBAs form the core of a wider network of Key Biodiversity Areas – and are increasingly being used to target the designation of protected areas. For example, in October 2021 – following a decade of work led by BirdLife — the North Atlantic Current and Evlanov Sea-basin (NACES) was designated a Marine Protected Area (MPA), covering an area the size of Texas and supporting up to five million seabirds of 21 different species. This is the first MPA in the High Seas identified based on tracking data.

Thanks to BirdLife International for providing this news.