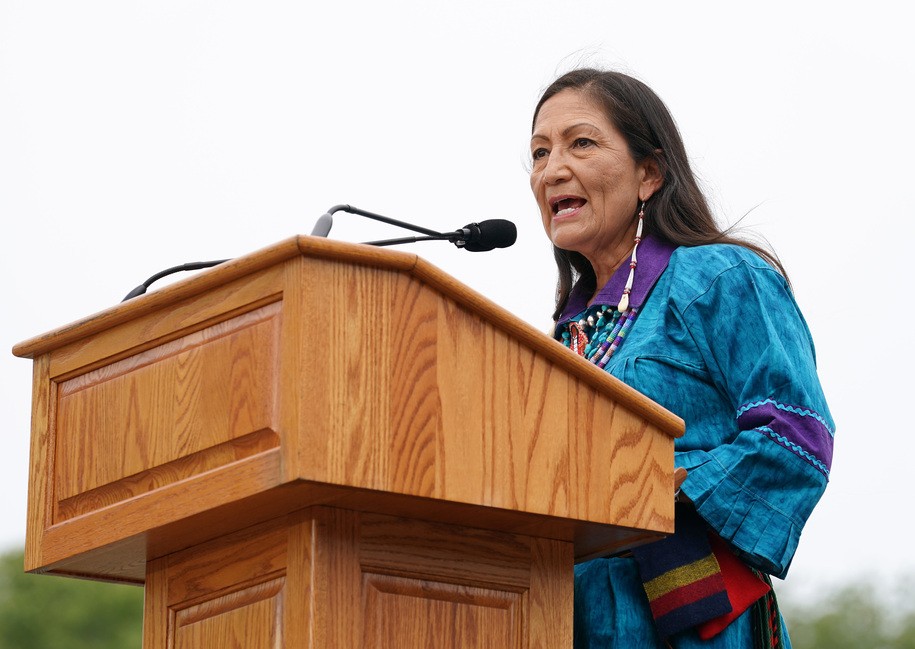 “This is very big, big deal. This is a signal like we’ve never had before in the United States about where we can go with offshore wind,” Dan Reicher, a former assistant secretary of energy who now works in the wind industry, told The New York Times.

The Biden administration previously approved a wind farm offshore of Massachusetts that would provide enough electricity to power 400,000 homes. That plan continues to face challenges, including from the commercial fishing industry, but the company building the wind farm says it expects it to be operational in 2023.

Biden’s target of 30 gigawatts of wind energy would avoid 78 million metric tons of carbon dioxide emissions. In 2019, wind power grew by 8.2%, while solar power was up by 12.7% and coal was down by 16.1%. While much of the supply chain for wind farms is currently in Europe, unions are hopeful that large-scale development of offshore wind farms would spur investment in U.S.-based manufacturing.

The fishing industry remains very concerned about the impact of the large wind turbines in waters now used for fishing; the Biden administration says it is working to address those concerns. Wind energy, though, won’t risk another Deepwater Horizon spill, with its long-lasting damage to both the environment and the fishing industry.