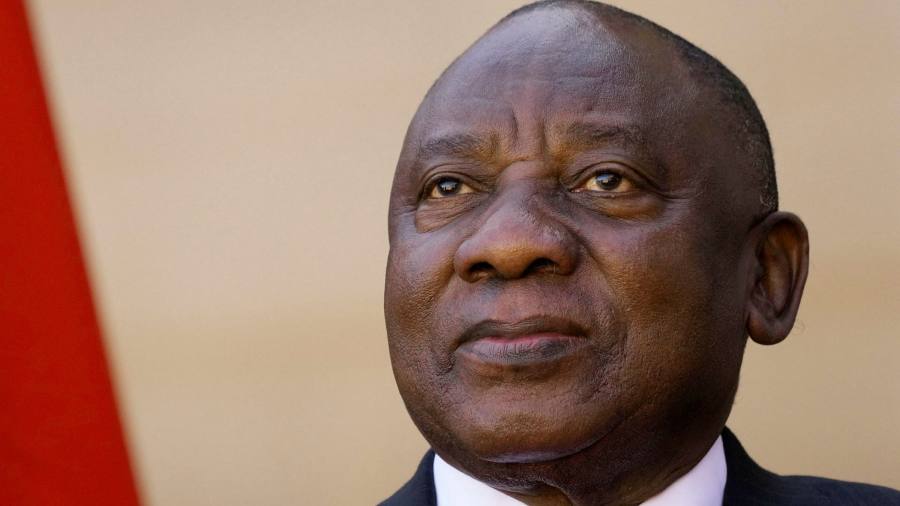 Law enforcement authorities in the United Arab Emirates have arrested two members of the Gupta family who are accused of looting the South African state in the last decade with the aid of Jacob Zuma, the country’s former president.

Atul and Rajesh Gupta, wanted for fraud and money laundering in South Africa, where they once controlled a business empire with connections to the ruling African National Congress, were arrested in the UAE on Friday, South Africa’s ministry of justice said on Monday.

“Discussions between various law enforcement agencies in the UAE and South Africa on the way forward are ongoing,” the ministry added.

The arrests mark the biggest milestone for efforts under President Cyril Ramaphosa to prosecute South Africa’s biggest post-apartheid scandal, the so-called capture of the state during Zuma’s presidency for the alleged benefit of the Guptas’ business interests.

A lawyer for the Guptas, who have always denied wrongdoing, did not immediately respond to a request for comment.

Alongside their brother Ajay, Atul and Rajesh Gupta used influence with Zuma to steer government contracts and ministerial appointments in favour of their mining-to-media business interests, according to a judicial inquiry, which has been reporting back to Ramaphosa this year.

Zuma “readily opened the doors” for the trio of India-born brothers to loot public enterprises and control ministries, the inquiry said in a report in April. “President Zuma was captured by the Guptas and they could get him to do whatever they wanted in order to advance their business interests and to advance state capture,” it added.

The relationship between the Guptas and Zuma was blown open in 2015 when Mcebisi Jonas, then deputy finance minister, said he had been offered massive cash bribes by the family to take the top job.

The scandal ultimately accelerated Zuma’s downfall in 2018, when the ANC replaced him as president with Ramaphosa, his former deputy who won the party leadership.

Ramaphosa has pledged to clean up the state and repair damage to institutions hollowed out by graft. But prosecutions have been slow, even after years of testimony at the judicial inquiry.

The Guptas fled South Africa on the day Zuma quit the presidency. The UAE ratified an extradition treaty with South Africa last year. In recent years, the US and UK governments have also imposed sanctions on the Guptas under anti-corruption powers.

South Africa issued arrest warrants for Atul and Rajesh Gupta last year on charges of fraud and money laundering over the alleged looting of a public contract issued by South Africa’s Free State provincial government. The charges were seen as a test case for wider state-capture prosecutions. Zuma has always denied wrongdoing and has said the state-capture inquiry was politically motivated. He was briefly jailed last year for contempt of a court order to attend the inquiry before his release on medical parole.

Political tensions over the legacy of state capture have flared recently. Last week, the South African presidency said a top civil servant had received a death threat, including a bullet in her letter box, that called for Ramaphosa “not to proceed with state-capture findings”.