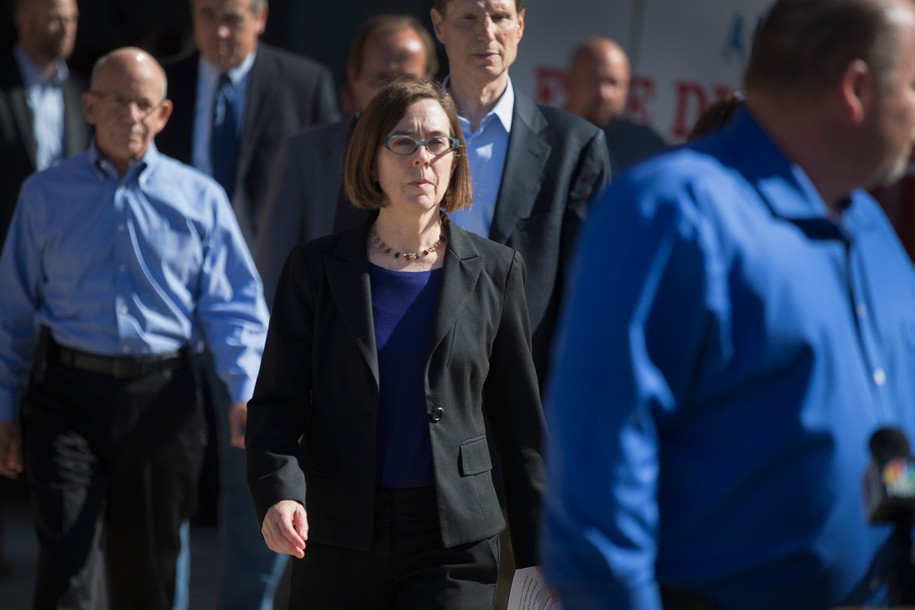 Gov. Brown’s statement followed a letter led by state lawmakers, including the state House speaker and state Senate president, urging the speedy evacuation of Afghan allies who remain in danger following Afghanistan’s fall to the Taliban. “What we are facing now is a humanitarian crisis, and we must meet this moment with the urgency it demands,” lawmakers said. “Together, we call on the Biden administration to lift the refugee admission caps and take other emergency humanitarian actions that will save lives at this pivotal time.”

ABC 7 News reports that Democratic Gov. Gavin Newsom said California is “a state of refuge. I’m proud of the fact over the last decade California has taken in more refugees than any other state in America, and I’m proud of the fact a disproportionate number of Afghani refugees are here in Northern California, not just here in the south, but also up in Sacramento County. We’re already working in terms of a lot of those refugees coming in and working with CBOs and non-profit organizations to make sure that they feel welcome and celebrated as members of our community.”

Wisconsin is home to a number of military bases across the U.S. where allies and family members will initially arrive before being resettled elsewhere in the U.S. Wisconsin State Journal reports that while its unclear how many families will arrive to Fort McCoy, Democratic Gov. Tony Evers said the state is “ready to assist.”

“Many Afghan people now fleeing their homes have bravely contributed to work in Afghanistan over the past two decades. Just as they protected us in serving our country and helped keep our troops safe, we owe it to them to protect and keep them safe,” the Wisconsin State Journal reports Evers said. “We have been in contact with federal partners about resettlement efforts for Afghan people who are seeking refuge at Fort McCoy. As we learn more information, Wisconsin is ready to assist these efforts and help these individuals who served our country and are now seeking refuge.”

While there’s been a mainstream media effort to gin up a fight over welcoming refugees by quoting the absolute worst of the worst (like noted white supremacist Stephen Miller), it’s just a fact that there’s bipartisan support. In Utah, Republican Gov. Spencer Cox issued a letter to the Biden administration expressing the state’s “desire in helping those who are fleeing Afghanistan.” In Maryland, Republican Gov. Larry Hogan said “[m]any of these Afghan citizens—our allies—bravely risked their lives to provide invaluable support for many years to our efforts as interpreters and support staff, and we have a moral obligation to help them,” NBC News reported.

Axios reported that Republican Gov. Kim Reynolds similarly said she wants to resettle Afghan refugees in Iowa. However, her stance when it comes to vulnerable people along the southern border has been the complete opposite.

Last month, the nonborder state sent troops to the southern border as part of Republican Gov. Greg Abbott’s Very Serious disaster declaration. Your first thoughts might be that the “disaster” perhaps refers to the state’s energy grid or maybe the delta variant, but no: He means asylum-seeking families. Reynolds also joined Abbott in promoting the racist “immigrants bring disease” trope, falsely claiming that “[p]art of the problem is the southern border is open and we’ve got 88 countries that are coming across the border and they don’t have vaccines,” NBC News reported. Once again, “[n]o, the surge in coronavirus cases is not because of hundreds of thousands of migrants,” Phillip Bump recently reported for The Washington Post. And, again, the Biden administration has kept in place the Miller policy that’s used the pandemic as an excuse to quickly deport asylum-seekers.

When it comes to refugees and Texas, remember that Abbott back in 2020 told the previous administration that the state would not be accepting any refugees under an unlawful executive order that purported to give states the authority to reject them. But this time around it’s not up to Abbott, with the Biden administration saying that hundreds of Afghan allies and families could be expected to arrive in the state soon. “The Austin office of Refugee Services already resettled a family of seven this weekend and plans to welcome at least four more families this week,” KXAN reported.

“Oregon is ready to welcome our refugee sisters and brothers from Afghanistan, and the rest of the world,” Brown continued in her statement, urging the Biden administration to “lift refugee admission caps and take other emergency humanitarian actions to save lives. It’s critical that the United States take steps to evacuate as many people in danger from Afghanistan as quickly as possible, including expediting the visa approval process, particularly for those Afghans and their families who have risked their lives in service of this country.” For more information about what you can do to help in our own community, see this link from the Lutheran Immigration and Refugee Service.