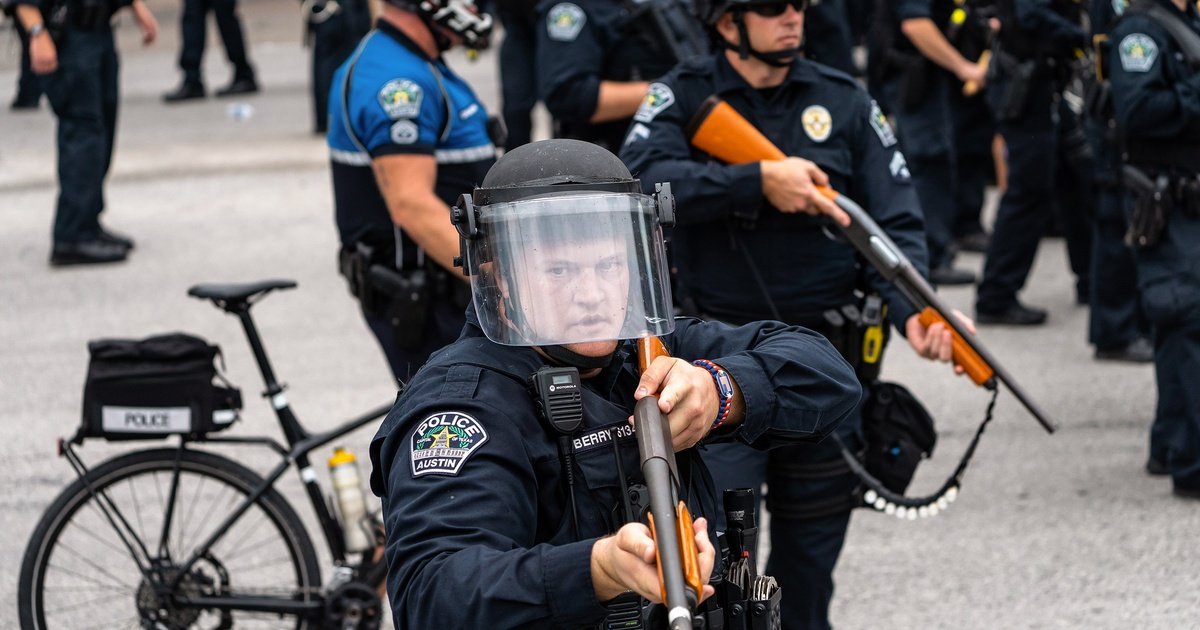 Justin Berry was among 19 Austin police officers indicted earlier this year in the protests spurred by the murder of George Floyd by a Minneapolis police officer. Berry is charged with two counts of aggravated assault by a public servant.

He also ran as a Republican for Texas House District 19 but lost in the primary runoff election this year. Abbott had endorsed Berry in the race, saying his “strong conservative values and experience stopping violent crime are exactly what we need in the Texas House.”

Now, at the governor’s hand, Berry will serve on the Texas Commission on Law Enforcement, which sets minimum licensing and training standards for police. In a press release announcing Berry’s appointment Friday, Abbott said the commission ensures “that the people of Texas are served by highly trained and ethical law enforcement, corrections, and telecommunications personnel.”

Berry’s exact role in the Floyd protests is unclear, but Austin officers grievously wounded several people after shooting them with “less-lethal” ammunition in the head. That included a 20-year-old Black man police said was not their intended target after a man nearby tossed a water bottle and backpack up toward steps where police were in formation. Video also showed a 16-year-old Hispanic boy collapsing to the ground after police fired a beanbag bullet at him while he was standing alone near the freeway.

The violent police tactics during the protests against police violence were heavily criticized. Along with the indictments of 19 officers, the city of Austin agreed to a $10 million civil settlement with two men shot by police with beanbag rounds, including the 20-year-old.