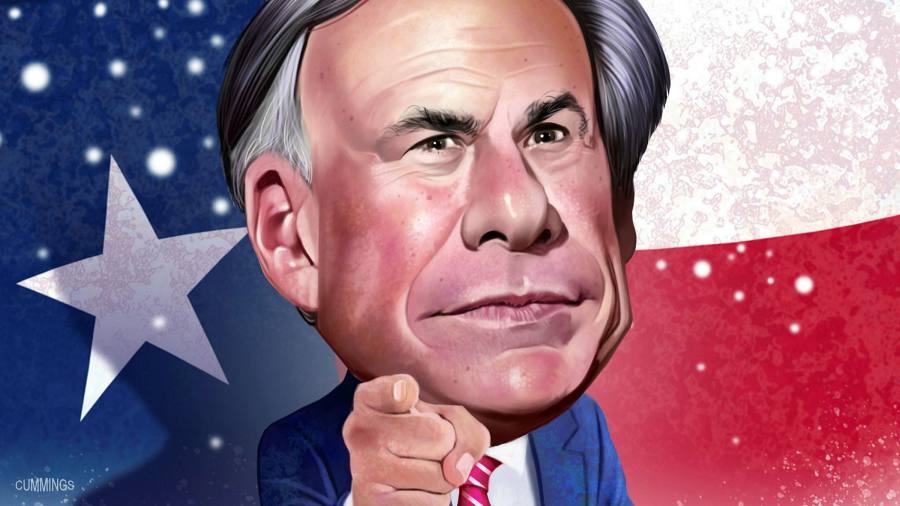 At the beginning of the week — as nearly 3m Texans sheltered at home, without power — Greg Abbott, the state’s Republican governor, went on Fox News to offer an explanation for the deepening crisis.

Asked whether renewable energy was to blame for the rolling blackouts, Abbott, 63, launched into an attack of the Democrats’ Green New Deal climate proposal. He claimed that the shutdown of the state’s wind and solar energy had “thrust Texas into a situation where it was lacking power in a statewide basis”. He warned that every US state would be “constantly” experiencing the same sort of challenges if President Joe Biden tried “to eradicate fossil fuels” — something the Biden administration has not said it will do.

Abbott’s explanation for the state’s blackout was quickly debunked. According to the Electric Reliability Council of Texas, which manages 90 per cent of the state’s grid, wind power has accounted for less than 13 per cent of the total outages, with frozen instruments and limited supply at natural gas and coal facilities creating a bigger part of the problem. “He’s actually wrong,” the billionaire Bill Gates said.

By Wednesday, Abbott was walking back his earlier explanation. He had only singled out renewables because of the way the question had been phrased: “Every source of power that the state of Texas has has been compromised,” he said.

For longtime Abbott observers, the manoeuvre was the latest example of the governor’s political dexterity. He has simultaneously managed to cultivate the state’s hardcore conservatives without alienating Texas’s more moderate business community, which has given generously to his campaigns. That positions Abbott as a potential 2024 presidential contender.

Abbott’s adroitness has been particularly evident during the age of Donald Trump. The governor was among the very few Republicans who succeeded in neither distancing nor aligning himself with the 45th president.

Brendan Steinhauser, a Republican strategist who has travelled with Abbott on the campaign trail, describes him as a “prolific fundraiser” who is “very smart” and “very cautious”. He adds that Abbott knows when to “test something” and when to “pull it back”. While Abbott would face a crowded field in 2024, it is naive to assume he is not looking at federal office, Steinhauser says: “He clearly has higher ambitions.”

Born in Wichita Falls, Abbott excelled as an honours student and a track star and was voted by classmates to be “most likely to succeed”. He met Cecilia, his wife of 40 years, when both were students at the University of Texas at Austin, before he went on to law school at Vanderbilt in Tennessee. They have one daughter.

His life changed at the age of 26, when he was back in Texas studying for the bar exam. While he was jogging around his Houston neighbourhood, a 75-foot oak tree collapsed on him, out of nowhere. “The pain”, Abbott recalls in his memoir, “was immediate, excruciating, and unrelenting”. To save his life, doctors reassembled his vertebrae and inserted two steel rods along his spinal cord. Abbott was left in a wheelchair, paralysed from the waist down.

Abbott declined to pursue experimental treatment that might have restored movement or feeling in his legs, instead accepting his fate and deciding, as he wrote in his memoir, “to do as much as possible with it”. After serving as a lawyer in a private practice, he became a judge on the Texas Supreme Court and successfully ran for Texas attorney-general in 2002. During three terms as the state’s top lawyer, Abbott gained prominence for suing the Obama administration more than 30 times on issues such as environmental regulation, transgender rights and healthcare reform. As he once put it: “I go into the office in the morning, I sue Barack Obama, and then I go home.”

In 2014, he was elected governor by a margin of more than 20-percentage points, and won re-election in 2018. He is up for a third term next year. During his tenure, Abbott has battled a series of crises, notably Hurricane Harvey in 2017, and more recently the coronavirus pandemic, where he faced criticism for reopening the state too early, forcing the governor to hit the pause button.

The current outages, which left millions without power in temperatures as low as minus 18C, represent one of Abbott’s biggest challenges to date. But on Thursday, the governor was rescued from the headlines by a fellow Texan Republican, Senator Ted Cruz, who briefly escaped the crisis by flying to a Cancún beach resort with his family, only to return after a public outcry.

Still, Abbott is likely to return to the spotlight. “Governors, like presidents, often get more credit for good things and blame for the bad things than they actually deserve but in the end, like Harry Truman said, the buck stops here,” says Mark Jones, a political science professor at Rice University in Houston.

Jones notes that the current crisis puts Abbott and his allies in a particularly tough spot. The GOP has had complete control of the state’s executive and legislative branches since 2003, yet it has not required or incentivised energy companies to invest in back-up capacity.

The “one saving grace” for Texas Republicans, including Abbott, is that they don’t have to face voters again until November 2022, Jones says. “Much will depend on how long people’s memories are — and what else occurs in the interim.”