Greensill Capital borrowed almost €100m from its own bank before collapse 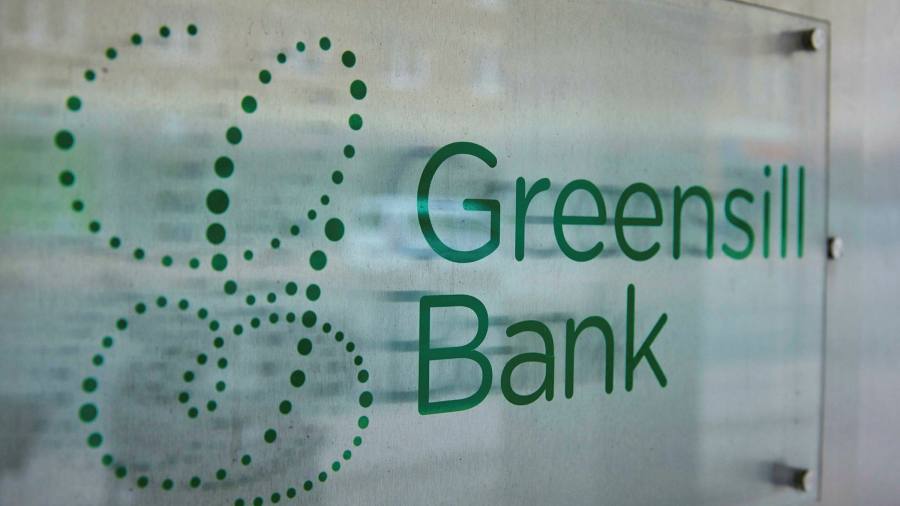 Greensill Capital borrowed almost €100m from its sister bank in Germany in the months leading up to its collapse, raising further questions about the stricken lender’s governance and regulatory oversight.

The London-based finance group, which fell into administration this week, established a revolving credit facility of €110m at Greensill Bank in July 2020, according to a witness statement from founder Lex Greensill provided to the High Court in London this week. By February this year, €90m was outstanding.

Loans to related parties, which are prone to conflicts of interest, are subject to stringent regulatory requirements under German law. Such lending must be done under market conditions and with the unanimous backing of the lender’s management and supervisory boards. Germany’s financial watchdog BaFin has the right to cap the size of related-party loans.

It is unclear if Greensill Bank adhered to these rules. BaFin, the Association of German Banks, Greensill Capital’s administrator Grant Thornton and the bank’s auditor Ebner Stolz declined to comment. Greensill Capital did not respond to a request for comment.

BaFin earlier this month froze the operations of the Bremen-based bank and filed a criminal complaint with prosecutors, accusing the lender’s management of potential accounting manipulation.

Greensill Bank, which has raised €3.5bn of deposits from retail clients and municipalities, is expected to be formally wound down soon, according to people familiar with the matter.

While the bank’s retail deposits would be covered by a guarantee scheme, the prospect of the lender’s collapse has sent shockwaves through German municipalities, which held up to €500m not covered by this deposit insurance.

Since 2019, the lender has been under scrutiny from both BaFin and a private-sector watchdog that oversees the deposit insurance scheme of the private banking sector in Germany, as questions over the rampant growth of its balance sheet and its credit exposure grew.

BaFin created a task force in the summer of 2020 that investigated the bank, and in the second half of the year hired KPMG to conduct a forensic audit.

During the audit, the lender “was unable to provide evidence of the existence of receivables in its balance sheet that it had purchased from the GFG Alliance Group”, BaFin said earlier this week, referring to the industrial group of metals magnate Sanjeev Gupta. BaFin added that there was “an imminent risk that the bank will become over-indebted”.

The court document also shows how, when it made a failed bid to raise money from private equity groups in October and November last year, Greensill Capital was trying to reduce its exposure to GFG and to meet demands from its insurer Tokio Marine for extra collateral.

The Financial Times reported this week that during what Greensill described to would-be investors as a “pre-IPO” funding round in those months, it painted a rosy picture to buyout groups, saying it wanted to “accelerate growth”.

However, the attempt to raise equity in those months was one of the “specific steps” taken in response to what had become “something of a perfect storm” for Greensill, the court document said.

The company was under pressure to reduce its exposure to GFG, was aware of “liquidity difficulties within GFG’s business” and was facing “large collateral requirements” to renew its insurance, it said.

Raising equity was designed to bring in “sufficient liquidity to facilitate a reduction in the Group’s exposure to GFG and meet the insurance collateral requirements,” it said.

“Until late December 2020 it was expected that a private equity firm would act as an anchor investor in the equity raise,” the court filings say, but the would-be investor did not go ahead with the deal because of concerns about BaFin’s involvement with Greensill Bank and the concentration risk relating to GFG.

The group also tried to raise funds from SoftBank’s Vision Fund, an existing shareholder, but it refused to provide either equity or debt because of “regulatory concerns” and “the absence of other shareholders agreeing to co-invest”.

The document sheds further light on the problems faced by Gupta’s GFG. “I understand from GFG’s CEO, Mr Sanjeev Gupta, that GFG would almost certainly become insolvent if [Greensill] did not continue to provide financing for its future receivables,” Lex Greensill said in the statement, adding that Gupta had said this in a letter to BaFin.

“This is a problem not only for the investors in receivables or receivable-backed assets linked to GFG entities, but also for [Greensill Capital] itself,” he said.