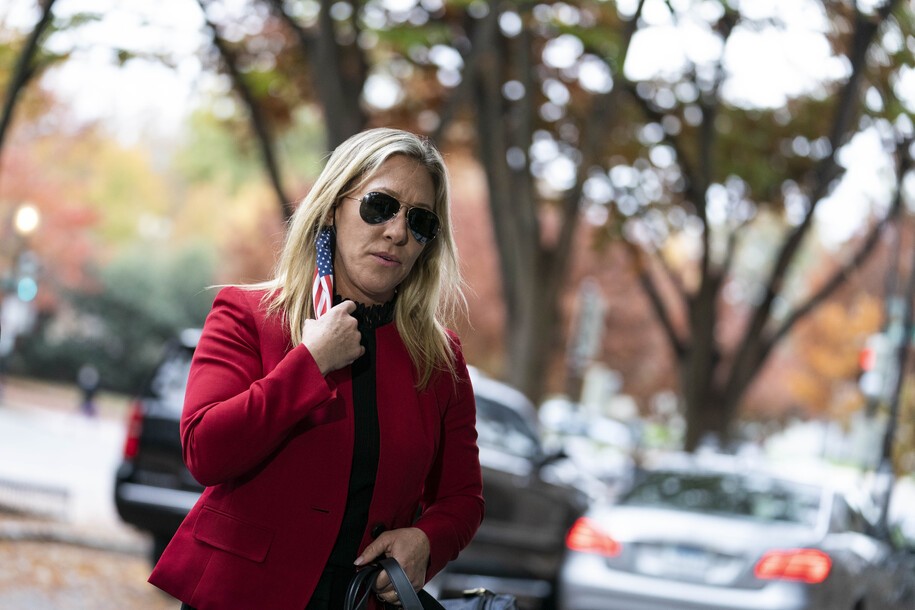 But make no mistake, this is a typical Republican response. The threat is always out there that if Democrats respond to Republican extremism, Republicans will respond by being even more extreme and even more punitive. Democrats bring a knife to a gun fight, metaphorically speaking, and Republicans are so outraged that Democrats didn’t bring a spork that they use it to justify bringing a grenade launcher. So the threat here is that if Democrats take Greene off a committee overseeing education because she mocked the deaths of children in schools, Republicans will use that as an excuse to strip, say, Rep. Alexandria Ocasio-Cortez of her committee assignments just for being herself.

Greene didn’t attack only Democrats, though. “The real cancer for the Republican Party is weak Republicans who only know how to lose gracefully,” she tweeted. “This is why we are losing our country.” That was an attack on Senate Minority Leader Mitch McConnell, who had criticized her—albeit without having the nerve to say her name—and defended Rep. Liz Cheney.

McConnell was mostly trying to keep the traditional media defending him as an upright statesman, but maybe he was also slightly trying to put his thumb on the scale with House Minority Leader Kevin McCarthy, who is supposed to talk to Greene about her various outrages … sometime. He’s going to get around to it this week, supposedly. But when McCarthy doesn’t actually do anything about Greene’s QAnon-fueled anti-Semitism and vicious attacks on the families and survivors of mass shootings and conspiracy theories and assassination fantasies, there’s a reason: This is the Republican Party. As a member of Congress, she may be an outlier in tone. But the campaign against Cheney and the string of appalling actions by state Republican parties show that Greene is in step with a large chunk of the party. If (when) McCarthy can’t bring himself to sanction her in a meaningful way, that will be another sign of the QAnon/white supremacist/violent insurrectionist takeover of the Republican Party. Like Trump—whose support Greene bragged about over the weekend—Greene is a symptom, not a cause.