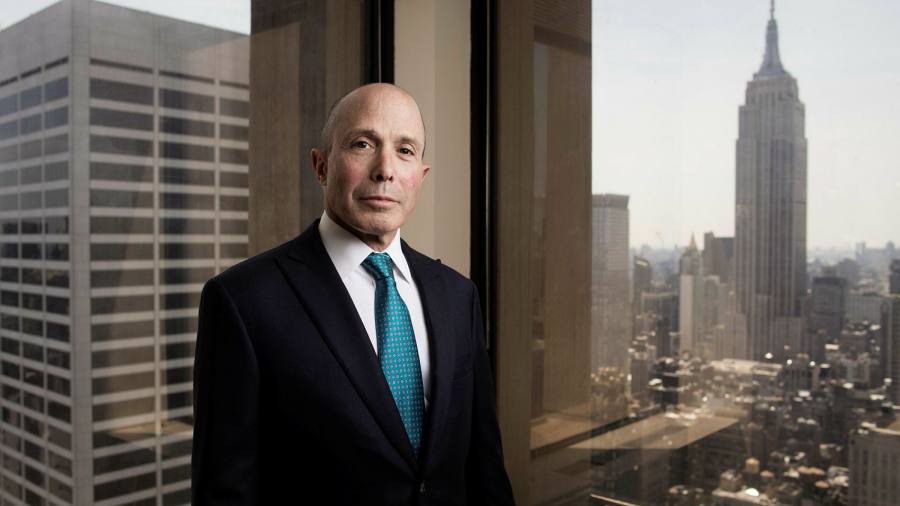 Chubb, the largest US non-life insurer by market capitalisation, has approached rival Hartford Financial Services Group with an unsolicited takeover offer, in what could be the first mega-deal in an industry battered by losses stemming from the coronavirus pandemic.

Hartford said its board of directors was considering a non-binding proposal from the insurer led by Evan Greenberg, without giving any specific details on the value of the offer it received.

There were no active talks between the two sides, said people briefed about the matter. They added that it was unclear whether a deal could be reached since any combination would face significant regulatory risks.

Shares in Hartford rose 18.7 per cent to $68.20 after Bloomberg first reported Chubb’s approach, giving the Connecticut-based insurer a market value of $24.4bn.

Greenberg’s move would be the latest mega-deal in his career. The son of Maurice “Hank” Greenberg, who turned AIG into a financial powerhouse over four decades, has spent several years building his own insurance empire. His biggest deal was the $30bn combination of Ace and Chubb in 2015.

A deal would give Chubb greater scale in an industry that is still recovering from pandemic-related losses. Insurers have paid out billions of dollars in claims on a variety of policies, ranging from business interruption to event cancellation, and there could be more to come. According to some estimates, total claims from the pandemic across the global insurance industry will top $100bn.

Those losses have prompted insurers to push up prices for cover, especially on commercial insurance policies, leading some investors to expect healthy future returns from the industry.

Hartford’s biggest business is in commercial lines insurance, where price rises over the past year have been the steepest. It also sells personal insurance such as motor — where claims fell last year as drivers stayed at home — and has an employee benefits business.

Hartford is no stranger to big dealmaking, bulking itself up three years ago with the $2.1bn acquisition of Navigators, a specialist commercial insurer. The previous year it sold a book of life insurance business to a consortium led by Bob Diamond’s Atlas Merchant Capital.