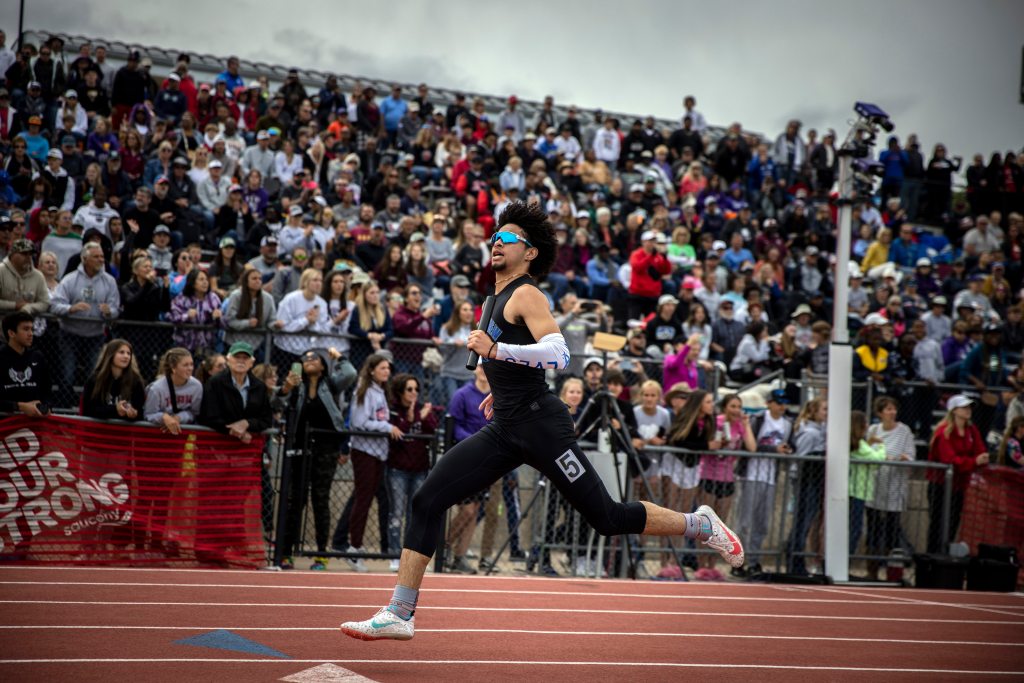 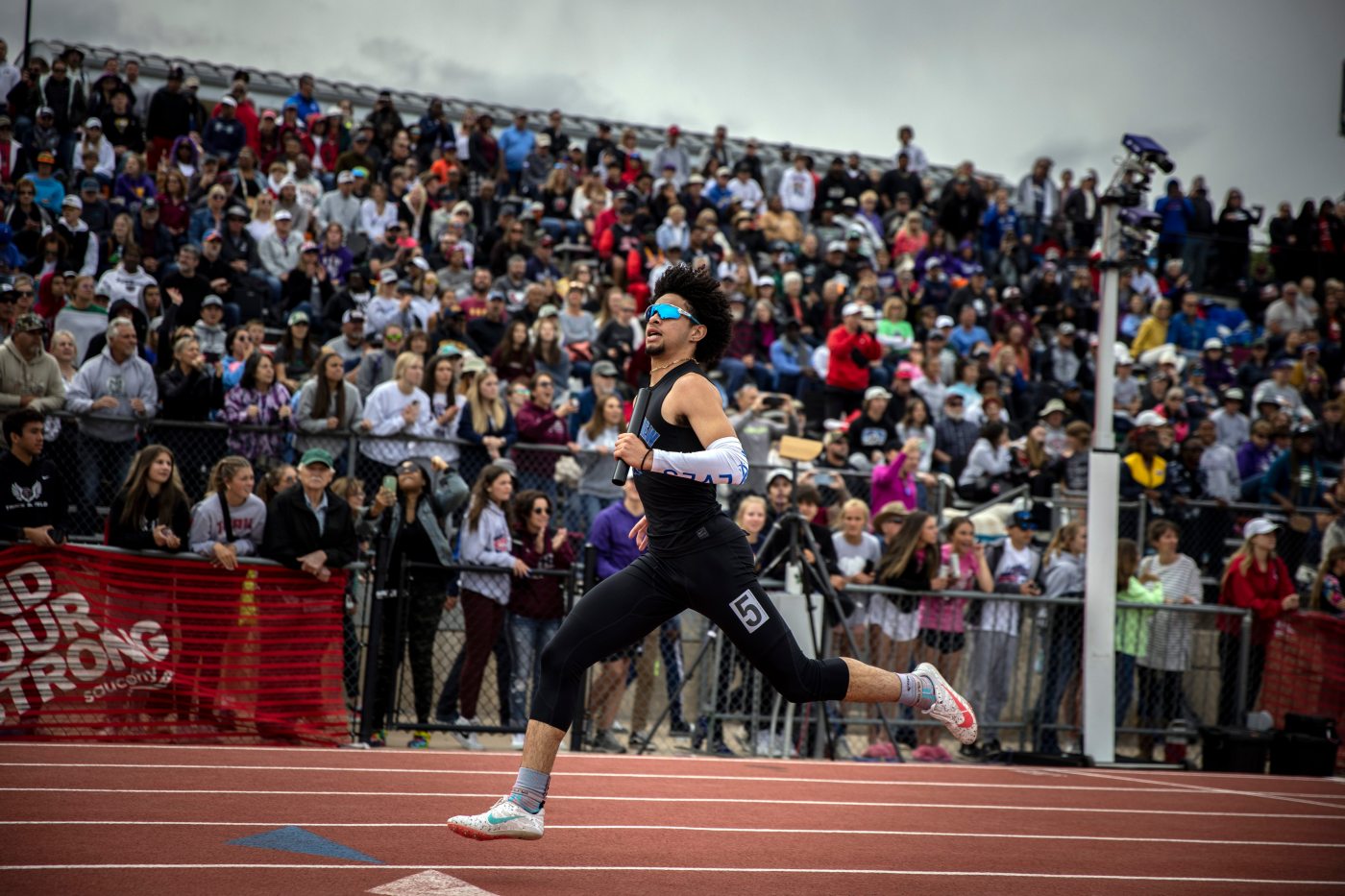 LAKEWOOD — Heading into the final day of competition at the CHSAA state track and field championships, Grandview high school coach John Reyes kept his team talk simple and to the point:

There’s no one better.

“I told them before the meet I’ve kind of kept an all-time team of all the kids I coached, and as a coach, you kind of go, ‘What if these kids had been the same age,’” Reyes said. “I don’t really wonder that anymore. Because it’s happened in the last two years — I’ve got ‘em all right now on the same team.”

The Wolves boys then went out and backed it up, winning their second consecutive Class 5A crown behind yet another dominant showing from their 4×100-meter relay.

“On our boys team, I am only aware of one kid on the team that even had done track and field before they came to Grandview High School,” Reyes said Sunday. “So, they weren’t doing all of these things, I had no idea who they were. I didn’t know ‘em; I found ‘em in the halls of Grandview and that makes it all the more special.”

The Wolves won the title with 96 points, outpacing Cherokee Trail (69 points) and Valor Christian (62) in second and third, respectively.

Grandview made its biggest impact in the sprinting events: two third-place finishers (110-meter hurdles, 200); two second-place finishers (100, 300 hurdles), and the icing on the cake: a second straight 4×100 win, finishing in 41.37 seconds.

The 4×100 team of Luke Trinrud, David Maldonado, Charlie Dick and Evan Johnson — three of the four from last year’s championship relay team — set the Colorado prep record (40.59) last week. Johnson will play football and run at CSU-Pueblo, while Dick will run at Kansas.

“Yeah, we were all prepared for it, but Coach Reyes was great,” Maldonado said. “Our coaching staff, they’ve done everything and they’re responsible for all of it.”

It wasn’t as if there weren’t other Wolves looking to run their way into the relay. Trinrud earned his spot as the new addition.

Last year’s lead-off man, Conrad Casebolt, played a key role in the 400 and will run at MIT next year. Alternate Caden Rulo will play football at CSU-Pueblo, and Reyes said he’d be the anchor at any other school in the state.

The foursome was immaculate throughout the spring, not dropping a single hand-off all season in competition. By the time anchor man Johnson secured the baton Sunday, it was over. The Wolves won by a comfortable margin to seal the 5A title.

“It’s so fun to do it with these guys;” Johnson said. “There’s not another group of people I’d want to share this with. We’re so well coached. It’s a product of our environment.”

For Reyes, the 4×100 was one part of a larger piece that made Grandview’s repeat state championship so memorable.

“They’re the most coachable group,” Reyes said. “They don’t run to a personal trainer, a coach or someone else. Because of the fact they just do it, it’s been one of the easiest groups I’ve ever coached. They push each other, make each other better. I’m certainly gonna miss this senior class because it’s been fun.”