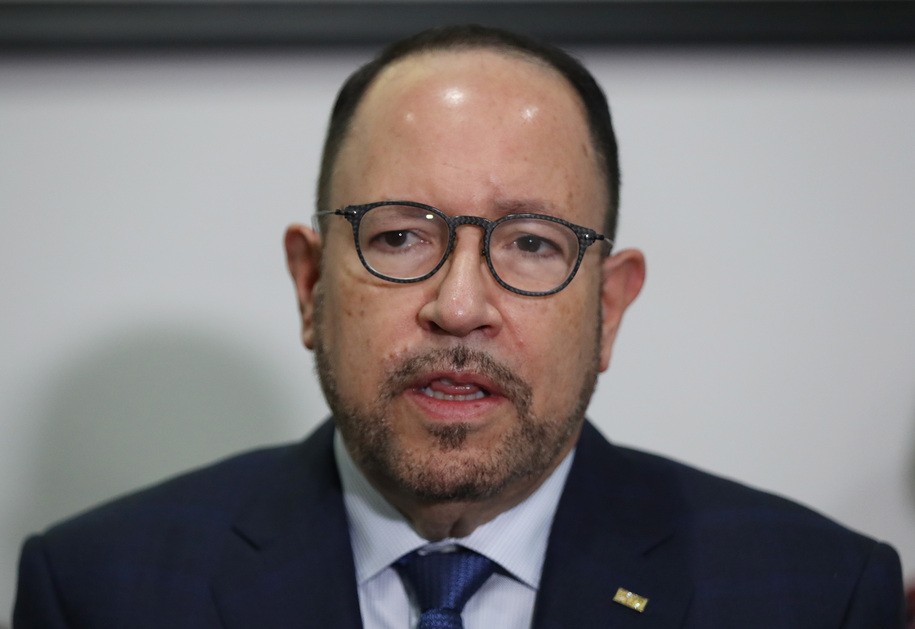 Per CNN, Unanue was dangerously close to being ousted from Goya entirely, but got his ass saved by virtue of his family ties. “A majority of Goya shareholders favor removing Unanue altogether but have been prevented from doing so by the dynamics of the family-controlled company, according to the source,” the report said. Lucky for him I guess, too bad for his company

NBC News reported that Unanue confirmed to the New York Post that he was publicly shutting his yap, but insisted it was all his decision, thank you very much. “Independently, I’ve made the decision to lower the temperature and walk away from speaking about politics and religion,” Unanue said according to the report. “I realize it’s important because of the diverse views of the company and our market.” Unanue is now missing from Twitter, but as I noted below, who knows when that exactly happened:

“I realize it’s important because of the diverse views of the company and our market,” Unanue claimed, but he sure wasn’t thinking that when he claimed last summer that “we’re all truly blessed” to have a “leader” like the the twice-impeached former president (although just once-impeached at that time). But instead of rethinking his words even in just a strictly business sense to appease his angry customer base, Unanue doubled-down and said that he said what he said.

In one of the dumbest moments in modern U.S. history—nah, let’s say modern world history—the former president promoted the product right from the Oval Office, posing with a some beans and chocolate wafers lined up across the Resolute Desk like it was the Showcase Showdown from The Price is Right. Just a bit earlier, his daughter had also used her official position to promote the product.

Unanue later claimed that the subsequent boycott increased his sales “1,000%,” I guess due to supporters of the previous president rushing to buy Goya after many angered Latinos said they were done with his product. At one point, a defiant Unanue said his company had named New York Rep. Alexandria Ocasio-Cortez an employee of the month after she’d been among the voices critical of his remarks. “When she boycotted us, our sales actually increased 1,000%, so we gave her an honorary—we never were able to hand it to her—she got employee of the month for bringing attention to Goya and our adobo,” he’d said according to USA Today.

That’s clearly a man who really hasn’t been sorry or want to lower the temperature of anything. And that’s fine, because if Unanue wants to trade his long-time customers for white supremacists who will hold the occasional “Taco Tuesday,” that’s his prerogative. And if former long-time customers continue to refuse to return to his product after the shit he’s pulled, that’s their prerogative too.