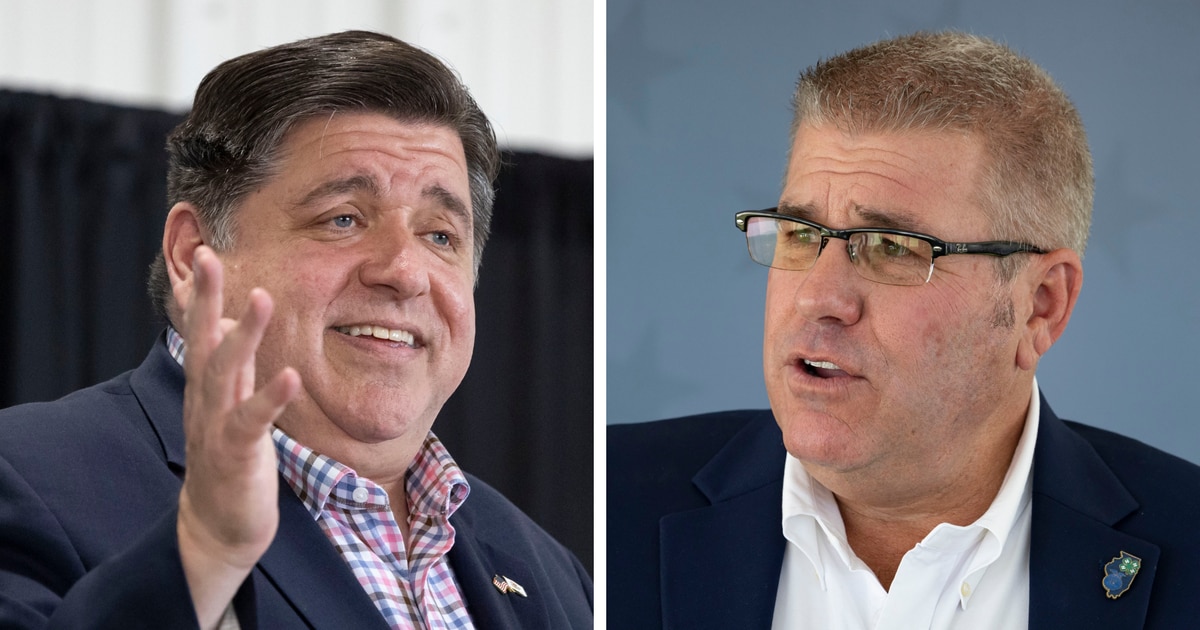 First-term Democratic Gov. J.B. Pritzker and GOP nominee for governor Darren Bailey are facing off Thursday night in their first televised debate, a little more than one month before Election Day.

The debate is taking place at 7 p.m. at Illinois State University in Normal. Viewers across Illinois will be able to watch the debate, which will be broadcast statewide. In the Chicago area, it will air on WGN-Ch. 9 and on WGN’s website.

Since winning their respective primaries in late June, Pritzker and Bailey have been campaigning across the state and have been harshly critical of each other.

Bailey, a state senator and farmer from downstate Xenia, has focused much of his criticism of Pritzker on his decision to sign into law the Safety, Accountability, Fairness and Equity-Today Act. Bailey contends pretrial detention provisions over cashless bail in the SAFE-T Act will bring Chicago-like crime to the rest of the state. Pritzker, a billionaire entrepreneur and an heir to the Hyatt Hotels fortune, argues Bailey’s conservative positions, especially his opposition to abortion rights except to save the life of the mother, are too extreme for Illinois.

The two candidates debated last week, though not on broadcast television. In that debate, Pritzker and Bailey focused on crime and gun control while Pritzker said Bailey was a Donald “Trump extremist who would take our state backward.” That 45-minute debate was sponsored by the Illinois Associated Press Media Editors.

The Tribune will be covering the debate. Check back here for more details.