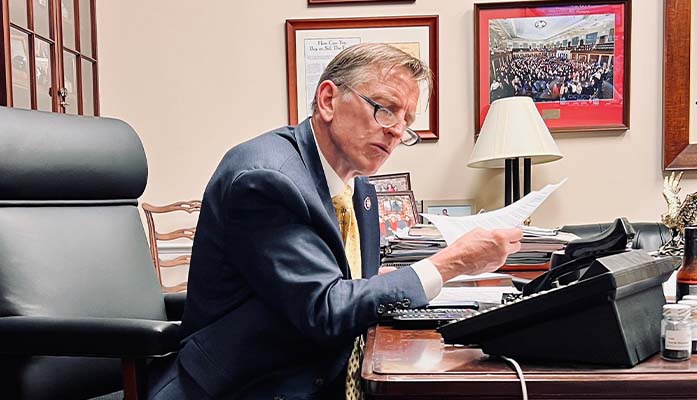 Contrary to recent reports, Congressman Paul Gosar has not and did not recently move to Mohave County in a scramble to keep his seat. In fact, he has represented the people of Mohave County for over a decade.

And while his opponents try to score political points with his intention to make Mohave County his base of operations, his supporters say it would only be out of desperation.

Hey ⁦@havasunews⁩ learn what the district boundaries are before writing about them. I’m the current Mohave Rep. Also the new CD 9 is not just Maricopa. It is all of Mohave County too. Fix your story.

What’s with this “embattled” BS? Every election I have a primary. pic.twitter.com/HAa9vCHPdZ

According to Havesunews.com, owned by Wick Communications, “The six-term member of the House of Representatives will be seeking a seventh term in the newly-created District 9 after the boundaries of his current district were split in two during the redistricting process last year.”

“I have been representing Mohave County since 2012. It’s been an honor and a privilege. I fully intend to represent it in 2023. I have a place now in Bullhead City as Mohave County is the epicenter of the new District 9. It is incredible to see the local paper in Lake Havasu not know this and not understand the old and new district boundaries. Fake news is going to fake it’s news. Lake Havasu deserves a better editor and paper than what it has.”

There is no need for Gosar to move in order to run in the newly formed Congressional District 9 as the Constitution requires that members of the House live in the state they represent, though not necessarily the same district.