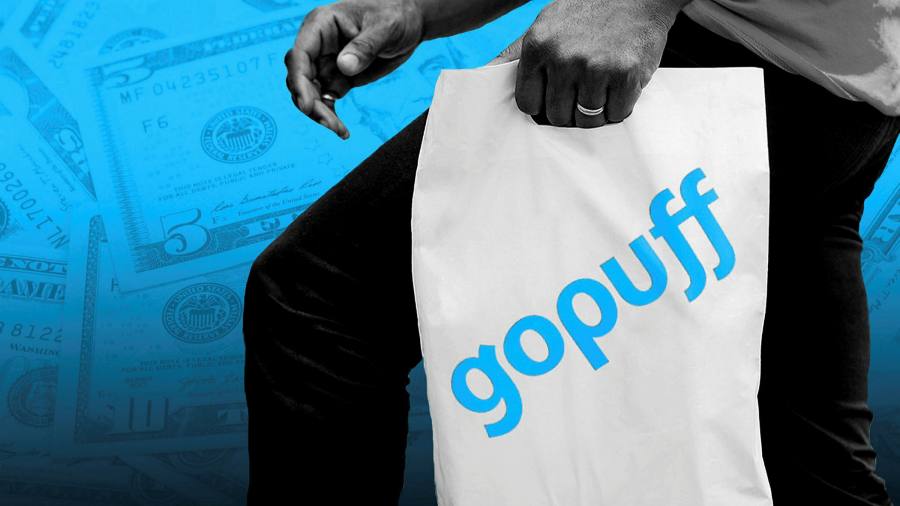 Sign up to myFT Daily Digest to be the first to know about Gig economy news.

Less than a month after it secured $1bn in venture capital, delivery app Gopuff has slashed pay for many of its gig workers to rates that sometimes fall below minimum wage after accounting for expenses, according to a workers’ rights group.

Philadelphia-based Gopuff’s latest capital injection, announced on July 30, valued it at $15bn, a sum that has more than tripled in less than a year. It came just four months after a $1.15bn round in March. The company said it intended to spend the money on expanding its footprint in the US and in Europe.

Yet as it does that, campaigners say, the eight-year-old start-up is squeezing its drivers’ incomes in order to protect the wafer-thin margins of the “instant needs” business, where a number of well-funded players are engaged in a frantic land-grab in the emerging sector.

“Unlike competitors like DoorDash and Instacart, Gopuff has managed to keep their treatment of workers under the radar — until now,” said Working Washington, a Seattle-based non-profit group.

Like its rivals, Gopuff’s delivery drivers are gig workers who cover their own costs, such as fuel, and have no guaranteed hours. Drivers can, however, choose to book a “shift” with minimum hourly earning guarantee, which differs from one location to the next. Gopuff tops up a driver’s earnings at the end of the week if commission from deliveries alone, usually about $3 per trip, does not make up the hourly minimum.

According to Working Washington, which gathered data from 71 Gopuff locations across the US, drivers at approximately half had seen their guaranteed minimum hourly rate decrease, by an average of about $4 per hour.

In the most extreme case recorded, drivers operating from one Gopuff location in Dallas, Texas, saw their guaranteed minimum drop from $20 an hour to $9.

“I think Gopuff is looking for ways to streamline their operations and reduce costs,” said Brittain Ladd, industry consultant. “And, unfortunately, reducing costs for the drivers is just one of the things that they’re doing.”

Using the Inland Revenue Service’s benchmark for per-mile costs, 56 cents, the group argued that drivers were routinely working for below minimum wage. The group shared an example of a shift, lasting almost nine hours, during which the driver travelled 113 miles in the region around San Antonio, Texas.

Gopuff, which operates about 300 warehouses across the US, not including locations it inherited through its acquisition of alcohol retailers BevMo! and Liquor Barn, said that calling the drop in the earnings guarantee a “pay cut” was misleading.

Gopuff said that previous rates of pay were “temporary” increases that it had put in place during what it described as “operational changes” taking place in selected markets, though did not elaborate. It said that most drivers were earning between $18 and $22 an hour, although that included customer tips.

“Given the fast-moving nature of our industry, we will make adjustments to partner compensation to balance a continuously changing supply and demand dynamic in each market we serve,” Gopuff said.

However, most workers surveyed by Working Washington said they were not aware that the changes had been temporary. Even among those who did, said Ohio-based driver Bradleigh Aeh, “there was no information about how long it would last or when it would end”.

“There was no time for us to get our affairs in order for whenever the raise would go away,” she said. “It’s already a struggle. This will definitely make my life harder.”

Additionally, in at least 16 locations, the rate dropped below what had been in place before Gopuff’s “temporary” increase.