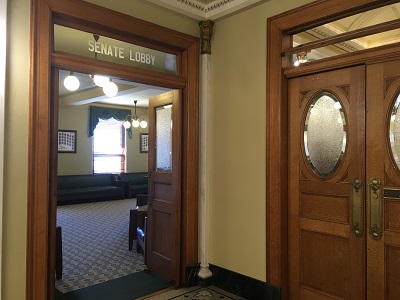 SIOUX FALLS, S.D. (AP) — A television report shows South Dakota Senate Republicans in a private 2020 meeting planned an already-negotiated outcome to a committee investigating a pair of lawmakers for being intoxicated during legislative proceedings even before the committee had a chance to meet. A transcript of the April 2020 Republican caucus meeting was reported Sunday (May 15, 2022) by KELO-TV. It showed how Republicans held a private caucus meeting to discuss how to quickly and quietly resolve a legislative investigation into the two most powerful senators at the time, Sens. Kris Langer and Brock Greenfield. The pair were accused of showing up intoxicated at a legislative session that had stretched into the early morning hours as lawmakers discussed the state’s response to the COVID-19 pandemic.