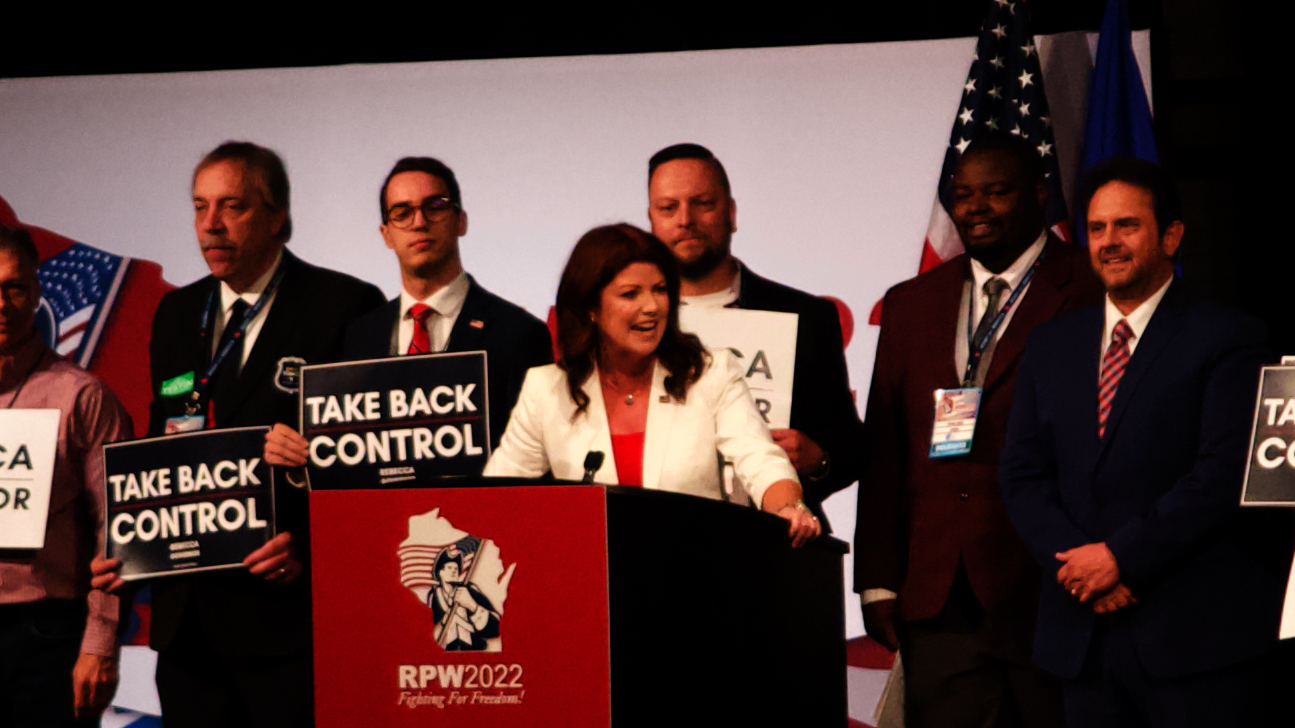 GOP activists on Saturday opted against endorsing a candidate in the race for guv as Rebecca Kleefisch fell short of the 60 percent needed for the party’s backing.

Between serving as lieutenant governor for eight years and the work she’s put in with the grassroots since leaving office in early 2019, Kleefisch was viewed as the frontrunner for the party’s endorsement. The question was whether she could pull together enough support to cross the 60 percent threshold.

Kleefisch declared victory afterward and rebuffed the suggestion the result was a setback. She added her campaign continues to break fundraising records for a challenger after she raised $3.3 million during the final four months of 2021.

“I am proud to have the support of the grassroots of Wisconsin. What you all saw in there was just the beginning,” Kleefisch said after the vote.

On the first ballot, state Rep. Tim Ramthun received 5.1 percent of the vote, while business consultant Kevin Nicholson was at 3.1 percent and construction exec Tim Michels was at 2.8 percent.

The no endorsement option received 36.4 percent.

Only Kleefisch and Ramthun advanced to the second ballot. Ramthun received 2.6 percent in that round, while 42.8 percent supported the no endorsement option.

Ramthun heralded the vote, saying it allows the primary process to play out with voters, not just party activists.

The convention kicked off Saturday morning with a debate over whether to include no endorsement as an option. Delegates rejected an effort to pull no endorsement from the options on each ballot in the process.

Nichols, who encouraged delegates to vote for no endorsement, called it a “win for the people of Wisconsin.” A Michels adviser said the campaign had expected Kleefisch to receive the party’s endorsement on the first ballot, adding it will take “an outsider” to beat Dem Gov. Tony Evers.

How should I prepare for my visa interview? • TechCrunch