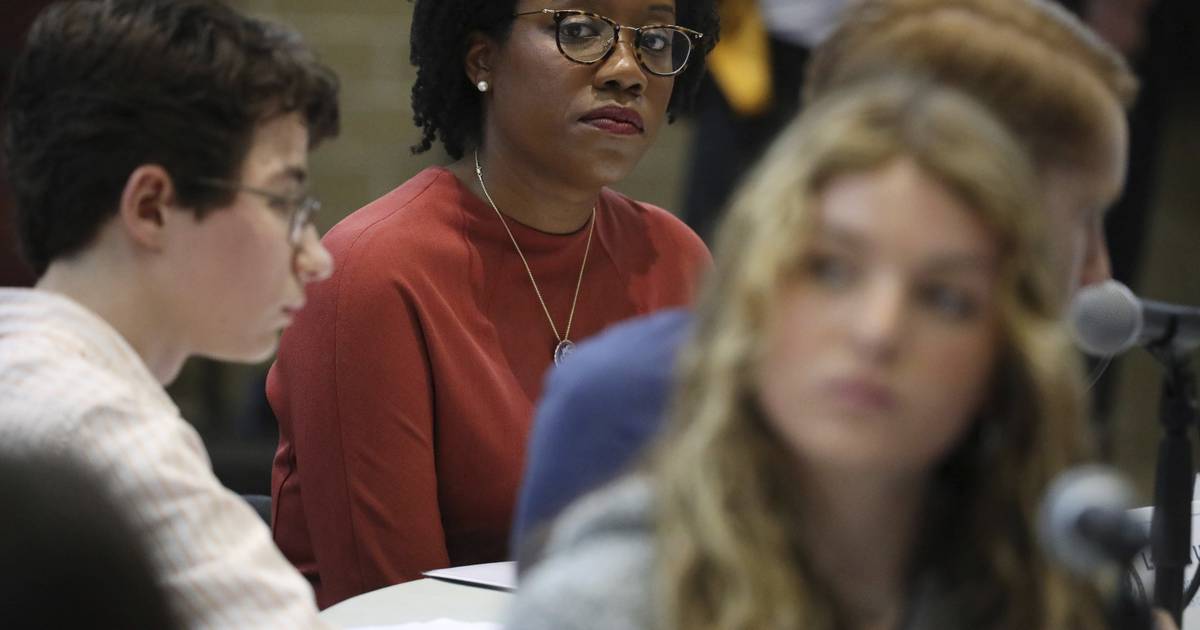 Republican candidates for Congress are trying to stand out from the pack in primary races this month for a chance to take on incumbent Democrats in two closely watched Chicago-area districts, following a remap that’s changed the political landscape.

Some congressional districts have been moved to largely new areas of the state. Democrats drew the new lines to favor their own candidates, but some suburban and rural districts — particularly Rep. Lauren Underwood’s 14th and Rep. Bill Foster’s 11th — are likely to remain highly contested come November.

Coming in the middle of a presidential term and multiple national controversies, such elections often swing in favor of the minority party — in this case, the Republicans — while Democrats hope that a leaked Supreme Court draft opinion to overturn the right to abortion will galvanize their voters.

The nonpartisan Cook Political Report predicted that both districts are likely to go Democratic, though Cook’s House editor David Wasserman said a Republican wave could put those seats into play. But the Republican candidates in the 14th were beset by a lack of funds, he said, and in the 11th, one prominent candidate’s connections with former President Donald Trump may help in the primary but hurt in the general election.

Under the new boundaries, the 14th District will shift from its current location in the far west and northwest suburbs, to instead stretch west from the southwest suburbs through rural counties. While the district covers a broad stretch of conservative farmland, for the first time, it includes Democratic-leaning Joliet.

In Underwood’s district, the challengers generally agree the economy, crime and border security are top issues. All the Republicans oppose abortion rights. They are trying to define themselves by their degree of conservatism.

The most prominent Republican officeholder running is Scott Gryder of Oswego, who has been three times elected chairman of the Kendall County board by fellow board members, but lost a bid last year for state party chairman. Outside of politics, Gryder is president of commercial services for Near North Title Group.

At a recent League of Women Voters debate, Gryder called for stopping the flow of federal “free money,” including spending on a Green New Deal, and called for abortion laws to be decided by the states. He also supported making permanent the Trump administration’s corporate and income tax cuts of 2017.

James Marter, an Oswego library board trustee, is also head of the Kendall County Republican Party. A consultant who works to improve business processes, Marter ran unsuccessfully twice for Congress and once for Senate. Marter is trying to portray himself as more conservative than Gryder, saying he opposes abortion rights through legislation at the federal level and favors voter identification and an increased ability to audit elections.

“I will cut costs relentlessly,” Marter said. “We have to address inflation.”

Three of the candidates are seeking their first elected office. Mike Koolidge of Rochelle is an Army veteran and hosted a syndicated conservative radio show. He had about $100,000 on hand for his campaign at the end of March, more than his primary opponents, but still dwarfed by Underwood’s $2.3 million.

Koolidge identified inflation as the top issue, and called for energy independence, allowing the Keystone oil pipeline, and securing the border. He opposes abortion from conception, and said Democrats should be challenged as to whether they support abortion in the second and third trimesters.

In general, he said, “We’ve been going in the wrong direction.”

Jack Lombardi II, of Manhattan, who runs a digital marketing company, called for investigating companies such as Twitter and Facebook for censoring conservatives, and his campaign website held a raffle for a semi-automatic rifle to “TRIGGER” fake news and progressives. “We’re in the middle of a political shift right now,” he said. “I’m the only candidate that can beat Lauren Underwood, and I will.”

Jaime Milton, of Fox River Grove, said she was called by God to run. She said she has a diverse background and endured hardships, as a mother and grandmother and vice president of a manufacturing facility, to best represent a white- and blue-collar, urban and rural district. She supports restoring voting integrity through voter identification and increased cybersecurity.

“We believe in preserving the American Dream,” she said. “The foundations of this nation are being dismantled.”

In the 11th Congressional District, six Republicans are running for a chance to challenge the incumbent, Foster. They include Mark Carroll, Jerry Evans, Susan Hathaway-Altman, Andrea Heeg and Cassandra Tanner Miller.

Perhaps the best-known challenger is Catalina Lauf, who ran in the Republican primary for Underwood’s seat in 2020, and lost to Jim Oberweis, but was rewarded by being featured at the Republican National Convention. She has highlighted social media censorship, gun rights, and illegal immigration as some of her top issues.

Lauf worked for Gov. Bruce Rauner’s campaign in 2018, and was appointed as an adviser at the U.S. Department of Commerce under President Donald Trump in 2018. She initially announced her intention to run last year against U.S. Rep. Adam Kinzinger in the 16th District, but she switched her bid as her home in Woodstock was redrawn to the 11th District, and Kinzinger decided not to run for reelection.

Lauf’s mother was a Guatemalan immigrant, and her father a Chicago-born businessman. Lauf’s campaign website cites a media reference to her as the “anti-AOC,” referring to U.S. Rep. Alexandria Ocasio-Cortez of New York, the young, Latina face of the Democratic Party’s liberal wing. Lauf reported having raised $1.2 million by the end of March, with about $150,000 cash on hand, far more than her opponents, but far less than Foster’s $4.6 million.

Evans, a Christian missionary from Warrenville, founded a music school in Wheaton, and identifies himself as a “political outsider.” He named the economy, education and crime as top issues, saying COVID restrictions hurt his small business. Evans ran and lost in the Republican primary in the 14th District in 2020.

Heeg, of Warrenville, has worked in marketing events for banking and other businesses, and has been a community college instructor. She supported “America First,” and lists her top priorities as freedom from government overreach, security on the border and at home, and accountability for federal overspending.

Tanner Miller, of Elgin, survived being choked and the death of her 18-month-old child at the hands of her estranged husband in 2019. She turned that tragedy into Colton’s Law, named for her son, to help protect victims of domestic violence. Her top issues are protecting families in their homes and communities, and helping working families support themselves.

Carroll, a village trustee in North Aurora, is the only elected official running in the 11th GOP race. Carroll, a lawyer in the mortgage industry, is a lifelong Republican who said he hopes to unite his party and defend against “radical leftist attacks” on conservative values.

Early voting has begun in some areas with primary Election Day June 28, and the general election set for Nov. 8.