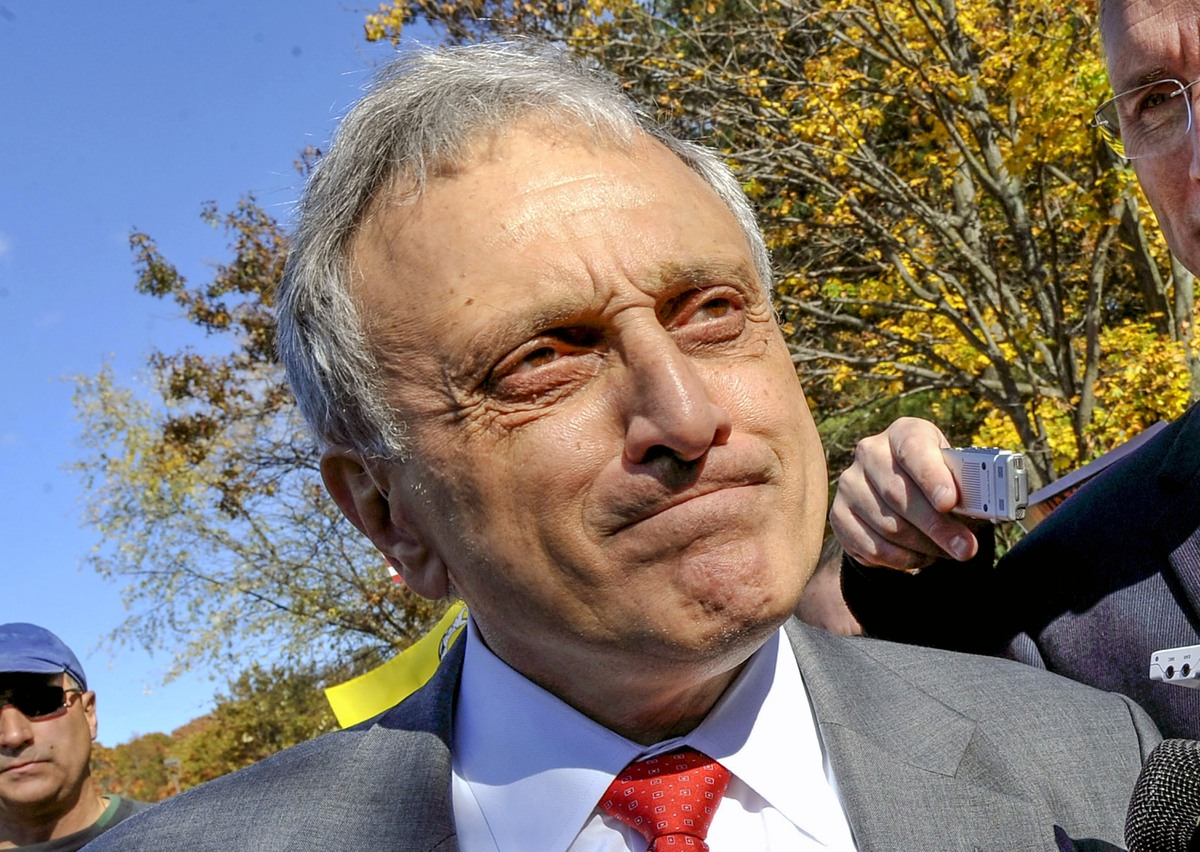 Carl Paladino listens during a media briefing, Oct. 31, 2010, in Old Bethpage, N.Y. Paladino, Republican candidate for Congress in New York, said in an interview on Saturday, Aug. 13, 2022 that U.S. Attorney General Merrick Garland “should be executed,” before later clarifying that he wasn’t being serious.

BUFFALO, N.Y. — A Republican candidate for Congress in western New York said in a radio interview that U.S. Attorney General Merrick Garland “should be executed” for authorizing a search former President Donald Trump’s home, before clarifying later in the show that he wasn’t being serious.

Buffalo-area businessman Carl Paladino made the comment in an interview with Breitbart News Saturday on Aug. 13. During the interview, Paladino was criticizing President Joe Biden for what he said was a lack of leadership and disengagement from government.

“So we have a couple of unelected people who are running our government, in an administration of people like Garland, who should be not only impeached, he probably should be executed,” Paladino said. “The guy is just lost. He’s a lost soul. He’s trying to get an image, and his image, his methodology is just terrible. To raid the home of a former president is just — people are scratching their heads and they’re saying, ‘What is wrong with this guy?’”

A short time later in the interview, host Matthew Boyle pressed Paladino about what he meant when he said that Garland should be executed.

“I’m just being facetious. The man should be removed from office,” Paladino said. “He shows his incompetence. He wants to get his face in front of the people and show he’s got some mettle to him, but his choice of issues and choice of methodology is very sad.”

A Justice Department spokesman did not immediately respond to a request for comment. The FBI is generally responsible for investigating threats made against the attorney general. Messages seeking comment were left with his campaign Thursday.

“The comment is clear: Carl does not think Garland should be executed and when you listen to the interview, when asked what he meant, he stated he was being facetious,” Burra said Wednesday.

Paladino, a millionaire real estate developer who was the party’s candidate for governor of New York in 2010, is in a close primary fight with New York Republican State Committee Chairman Nick Langworthy. Paladino has been endorsed by U.S. Rep. Elise Stefanik.

The FBI and Justice Department have faced a barrage of violent threats in the days since agents searched Trump’s Mar-a-Lago home as part of an investigation into the discovery of classified White House records.

A man, who had said on social media that federal agents should be killed “on sight,” died in a shootout with law enforcement officers in Ohio after trying to get inside the FBI’s Cincinnati field office with a semiautomatic rifle.

Paladino has a long history of outrageous comments.

In June, he shared a Facebook post suggesting that a racist mass shooting in Buffalo was part of a conspiracy to take away people’s guns. The same month, he apologized for a comment he’d made in an interview in which he said Adolf Hitler was “the kind of leader we need today” because of his ability to rally crowds.

In 2016, Paladino joked to a newspaper that he hoped then-President Barack Obama would die from mad cow disease and said Michelle Obama should “return to being a male” and be sent to live with a gorilla in a cave.

The following year, he was removed from Buffalo’s school board for improperly discussing teacher contract negotiations, although he contended the comments about the Obamas were the real reason for his removal.

During his run for governor, he was criticized for forwarding emails to friends containing racist jokes and pornography.