Google to spend $7bn on US offices and data centres 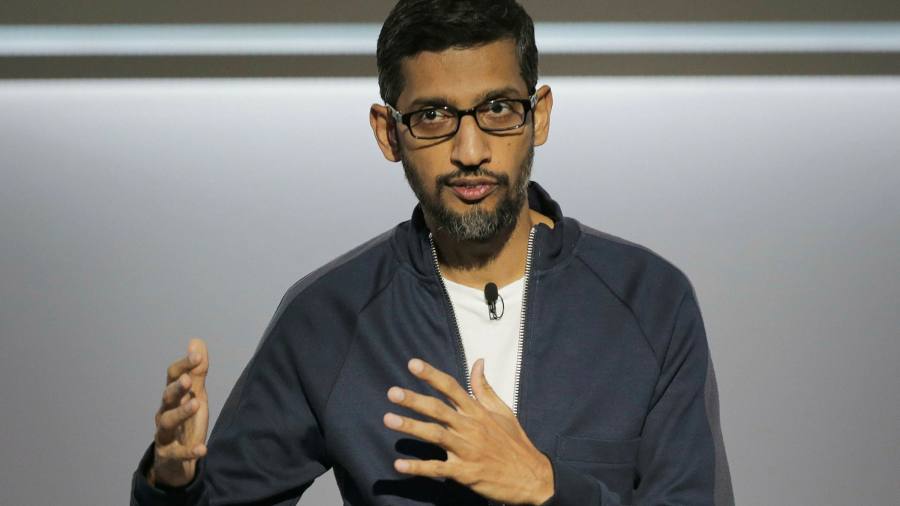 Google announced that it plans to spend $7bn this year on expanding its network of US offices and data centres, saying it still saw value in employees “coming together in person to collaborate”.

The additions to Google’s physical presence came as part of the search and advertising group’s plan to create at least 10,000 full-time jobs in addition to its current US workforce of 84,000.

However, the spending would mark a decline in Google’s recent annual investment in new physical space. In 2020, pre-pandemic, the company said it intended to invest more than $10bn in US office and data centres, while in 2019 the figure was $13bn.

It would not say how much of this year’s planned investment would be for fitting out and upgrading data centres — which typically hire a small number of people relative to their size — versus what it intends to spend on increasing office space. Google also would not disclose whether it had received any tax breaks related to the expansion.

Big Tech and Google is more of an outlier. The vast majority of firms continue to have their finger on the pause button

Sundar Pichai, chief executive, pitched the investment as a sign of continued confidence in the office. “Coming together in person to collaborate and build community is core to Google’s culture,” he wrote in a blog post published on Thursday.

Google’s move follows similar steps by other tech groups that are soaking up record levels of real estate left vacant due to the pandemic. Analysts cautioned against seeing the investment as a clear sign of revival for the sector.

“You really need a broad array of industries to come back and signal that their intention is to come back to the office,” said Michael Roessle, director of US office analytics at the CoStar Group. “We really haven’t seen that yet.”

Google’s move includes beefing up its presence in New York City, with a $250m investment that would bring 3,000 more jobs to the city, the company said. Mayor Bill de Blasio called it a “massive investment”.

Google’s cloud division, which lags behind rivals Microsoft and Amazon, had an operating loss of $5.6bn in 2020 as demand for virtual services rocketed thanks to the move to working from home, driving the need for network expansion.

Describing them as the “fabric” of local community, Google said it would invest in new data-centre capacity in Nebraska, South Carolina, Virginia, Nevada and Texas.

Meanwhile, the office expansions build on Google’s efforts to move more of its employees to locations beyond its Silicon Valley headquarters.

It includes three new office sites. One, in Houston, is expected to open in May and will house a sales team for Google Cloud. In Durham, North Carolina, the company will open a cloud engineering hub.

A new operations centre in Southaven, Mississippi, would be mostly staffed by hires from the area, Google said, adding that the roles would be customer-service related.

More workers and space would also be added to existing offices in Atlanta, Washington, Chicago and Austin, Texas.

Last August, Facebook announced it would lease all of the 730,000 sq ft space in the historic Farley Building in Manhattan, adding to its more than 1m sq feet in the city.

Earlier this month, Amazon said it would bring 25,000 new roles to Bellevue, Washington, as well as building out its new headquarters in northern Virginia.

“I think Big Tech and Google is more of an outlier,” said CoStar’s Roessle. “The vast majority of firms continue to have their finger on the pause button.”

New Views across the Galaxy