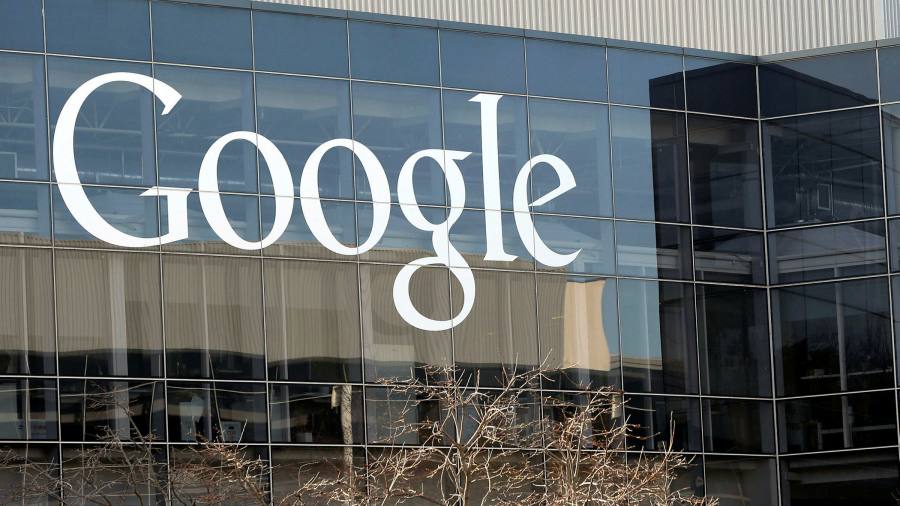 An unexpected surge of advertising in the final months of last year lifted Google’s revenues far above Wall Street forecasts and boosted shares in parent company Alphabet 8 per cent in after-market trading on Tuesday.

A holiday shopping season dominated by pandemic-fuelled ecommerce, along with a partial return by advertisers who were hit hardest during the health crisis, led to one of the company’s strongest quarters in years, with revenue jumping 23 per cent.

Ruth Porat, chief financial officer, said the rebound was reminiscent of the sharp recovery after the 2008 financial crisis. It reflected a “broad-based reengagement . . . across industries”, she said, with advertisers putting even more of their budgets into digital media as they searched for more effective ways to reach an audience during the pandemic.

The rebound capped a volatile year when Google’s internet business — which makes up more than 99 per cent of Alphabet’s revenue — suffered its first ever quarterly decline, before a recovery that defied even the most optimistic expectations.

Alphabet’s revenue grew 13 per cent for the year as a whole, even as non-digital sectors of the global advertising industry contracted about 20 per cent.

The figures showed “there is still a massive shift to online advertising” under way, said Christopher Rossbach, chief investment officer of J Stern & Co, an Alphabet investor. They also highlighted “the strength of Google’s business model and its resilience in a time of crisis”, he added.

A new dependence on ecommerce by retailers lay behind the recovery, with advertisers forced to lean heavily on digital forms of advertising to reach consumers and drive sales. But the final quarter also featured companies in hard-hit sectors such as travel start to advertise more actively again after a drought over the preceding six months.

Google executives also pointed to an acceleration in the shift of TV advertising budgets towards YouTube as consumer brands looked for ways to connect with an increasingly fragmented audience.

“As traditional TV ratings continue to decline, TV advertisers are turning to streaming platforms like YouTube to reach people who are no longer watching TV,” said Philipp Schindler, chief business officer. More than 100m people in the US now watch YouTube on their TV screens, he added.

The rebound fuelled a 22 per cent increase in Google’s advertising revenue in the final quarter. That was a big jump from the 10 per cent of last year’s third quarter, and the 8 per cent contraction in the second. It also comfortably topped the 16 per cent growth rate seen in the whole of 2019, before the pandemic hit.

Overall, Alphabet reported revenue of $56.9bn, or about $3.8bn more than most analysts had expected in the quarter. Earnings per share reached $22.30, compared with the $15.90 that had been expected. Earnings came to $15.35 a share a year before, when profits were buoyed by the lack of a tax charge after Alphabet resolved an unspecified tax audit.

The company also revealed the performance of its cloud division for the first time, showing an operating loss of $1.24bn in the latest quarter and $5.6bn for the year as a whole.

Most analysts had expected the division to record a profit, but took the loss in stride as Google claimed a massive jump in business from its investments in the business. The backlog of cloud business at the end of the year stood at nearly $30bn, nearly three times what it had been a year earlier, Ms Porat said.

Youssef Squali, an analyst at Truist, said he was “a bit surprised to see the level of investments still at cloud,” but added that it remained “a very important long-term initiative for them”.

Along with a $4.5bn loss from the company’s “other bets” — which include what it calls moonshot projects, such as driverless cars — Alphabet incurred more than $10bn in red ink in its newer businesses last year, compared with a $54.6bn operating profit in search and YouTube.

Growth in the cloud division accelerated two percentage points in the latest quarter, with revenue increasing 47 per cent, to $3.8bn. That was nearly matched by the growth rate of YouTube advertising, which rose 46 per cent to $6.9bn, well ahead of the 32 per cent growth in the preceding three months.

US envoy to Afghanistan resigns in wake of chaotic withdrawal