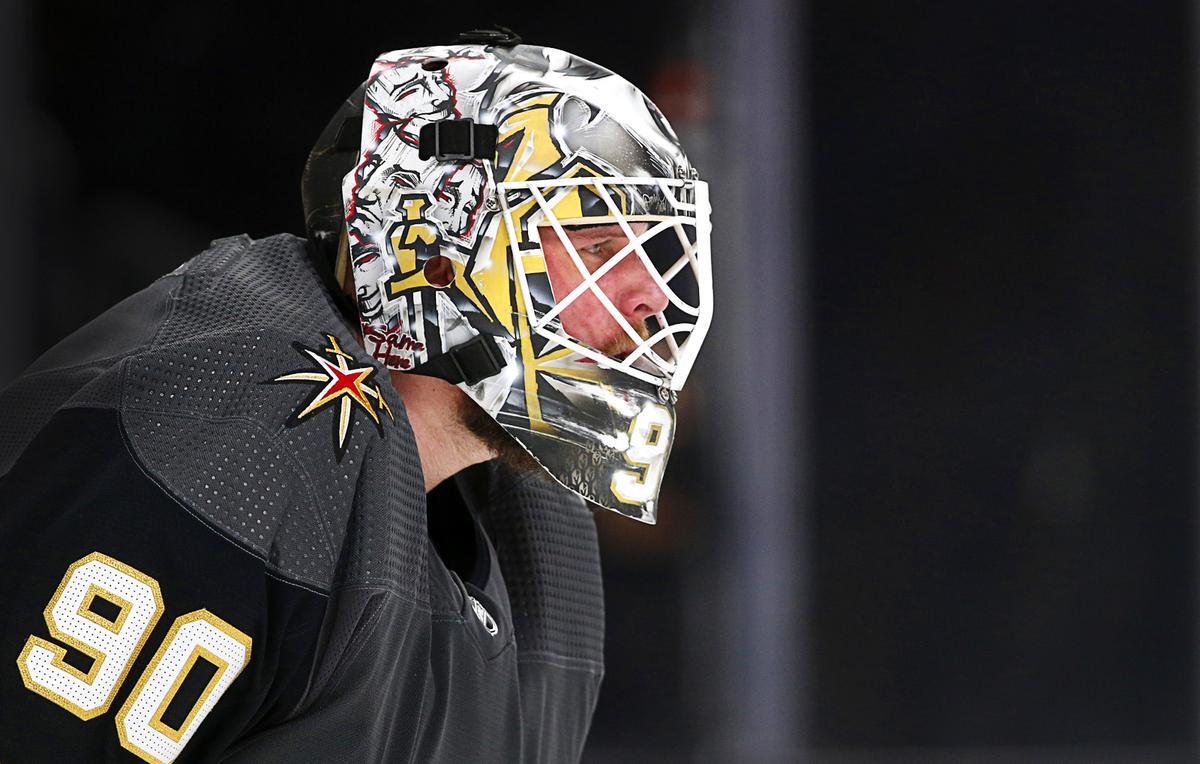 Vegas Golden Knights goaltender Robin Lehner (90) is shown during the second period of an NHL hockey game against the Vancouver Canucks at T-Mobile Arena Wednesday, April 6, 2022.

“Robin has done his best to battle through this injury he sustained February 9, and we were hopeful that rest and rehab would allow him to complete the season,” the team said in a statement.

Multiple reports indicated Lehner elected to have surgery on Thursday, but the Golden Knights did not confirm those reports. Rather, the organization said Lehner was taking maintenance days leading up to their next game against the San Jose Sharks.

Lehner was dressed and backed up Logan Thompson in the 5-4 loss on Sunday to San Jose.

Lehner got the start in Wednesday’s game against the Washington Capitals, stopping 12 of 13 shots in the first period before being pulled for Thompson.

When asked Sunday on the decision to start Thompson over Lehner, coach Pete DeBoer said it was a performance-based decision.

The February injury is in relation to Lehner’s last start after All-Star weekend, a 6-0 loss in Calgary. Laurent Brossoit was the No. 1 goalie through the sporadic schedule before Lehner returned March 1. He started the next five games before being sent home March 9 for further evaluation on a lower-body injury, which was reportedly a fractured kneecap.

“At times rest and rehab were effective, but ultimately Robin, in consultation with team medical staff, determined that this is the best course of action,” the statement read.

Lehner, who has three years remaining on his contract at an average annual value of $5 million, finished 23-17-2 this season with a 2.83 goals-against average and .907 save percentage.

The Golden Knights close the season with three road games in four nights with the expectation Thompson will start all three, starting with the Dallas Stars on Tuesday.

Destiny 2: Where Is Xur Today? Location and Exotic Items for May 27-31