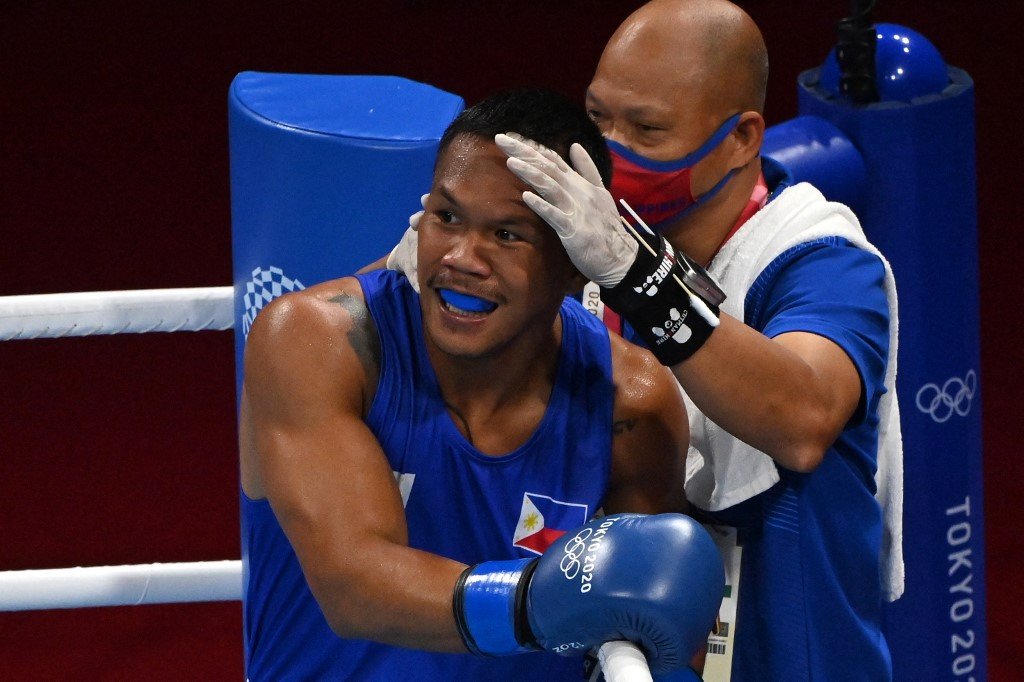 HANOI—Eumir Felix Marcial has been balancing his efforts between lure of a lucrative pro career and the chase for Olympic glory for quite sometime.

And he’s getting more and more comfortable doing it.

The Tokyo Olympics bronze medalist has taken what he described as “first step toward Paris,” by making the finals of the 31st Southeast Asian (SEA) Games 75-kilogram division.

And as soon as it’s over—without looking past fellow knockout artist Delio Anzaqeci Mouzinho of East Timor—he’s planning on flying back to the United States to start preparations for his third pro fight.

“I can go straight to US, maybe have a vacation and then fight,” said Marcial in Filipino. “It all depends on Sir Sean [Gibbons, president of MP Promotions].”

The 26-year-old Marcial was coming off a dismal showing in the pros where he struggled to get past Isaiah Hart last April.

Against Hart, Marcial suffered stunning knockdowns before pulling off a technical knockout victory.

His efforts to be better would be tested sternly in the battle for the gold on Sunday against Anzaqeci at Bac Ninh Gymnasium, some two hours from the capital city. In the semifinals, the Timorese knocked Cambodia’s Hun Kimheang senseless that the latter had to be stretchered out.

“I’m confident because he’s a southpaw and I’m comfortable fight southpaws,” said Marcial who took a bye to the semifinals and was largely unscathed going into the finals.

“I like my chance [on Sunday] but we don’t have the say in the decision. So I will just do my best out there for my fourth [SEA Games] gold,” added Marcial.

Meanwhile, the Philippine boxing team sent in one more fighter to the finals after Ian Clark Bautista defeated his Cambodian foe, Sao Rangsey, via a referee-stopped-contest in the featherweight semifinals. Olympic silver medalist Nesthy Petecio and Tokyo Olympian Irish Magno were to vie for finals berths later on Friday.