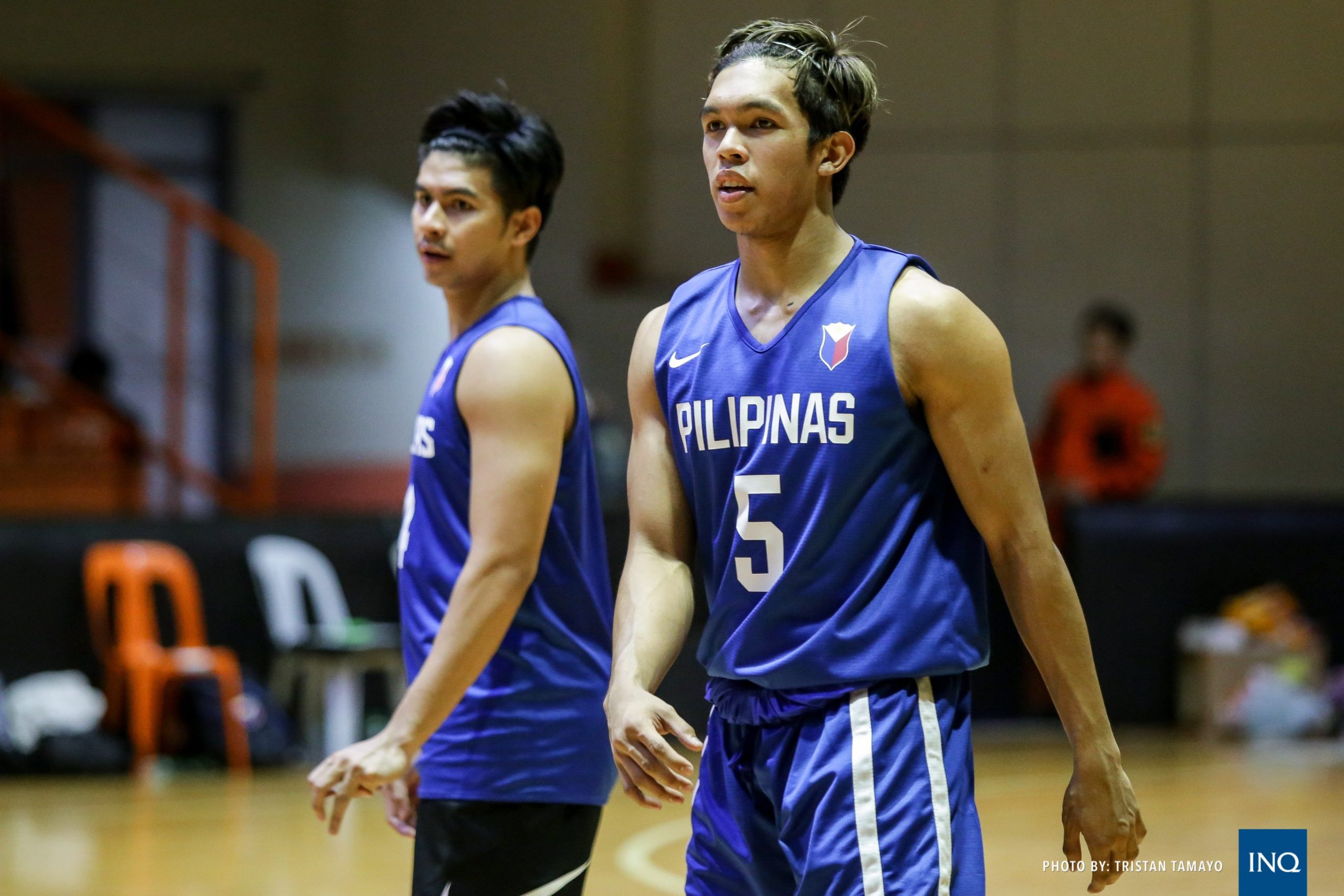 MANILA, Philippines — Kiefer Ravena can’t wait to play again with his brother, Thirdy, at Gilas Pilipinas as he guns for a sixth gold medal in the 31st Southeast Asian Games in Hanoi, Vietnam.

“[I’m] very honored to be given another shot at the SEA Games. That’s the reason I went home, to play with my brother and for the national team,” said the elder Ravena, who watched the winner-take-all Game 3 between Ateneo and University of the Philippines on Friday at Mall of Asia Arena, hours before his flight to Vietnam.

The Shiga Lakestars guard, who just finished his first Japan B.League season, believes teaming up with Thirdy again is already a feat in his sixth time to play in the biennial meet.

“Exciting. We only played one (Fiba) window in 2019 and I wasn’t able to join him in this year’s window. Now, we will play together for a longer time, more games together, I think that’s already a feat in itself to play as brothers,” said  Ravena, who played alongside with his sibling during one of the 2019 FIBA World Cup Asian Qualifiers windows.

The 28-year-old guard admitted he and Thirdy of the San-En NeoPhoenix only joined a few practices as their Japan stint just ended last week. But he’s confident that their familiarity with coach Chot Reyes’ system will help them make up for lost time in the team’s bid to win its 14th straight and 19th overall SEA Games gold medal.

“Obviously, time wasn’t really on our side, especially me and Thirdy. We just had at least five practices with the team but then again, I’ve been part of coach Chot’s system,  just a little bit something new and at the same time, Thirdy played in the last window,” Kiefer said. “We just have to focus on the details.”

How to Make Hummingbird Nectar