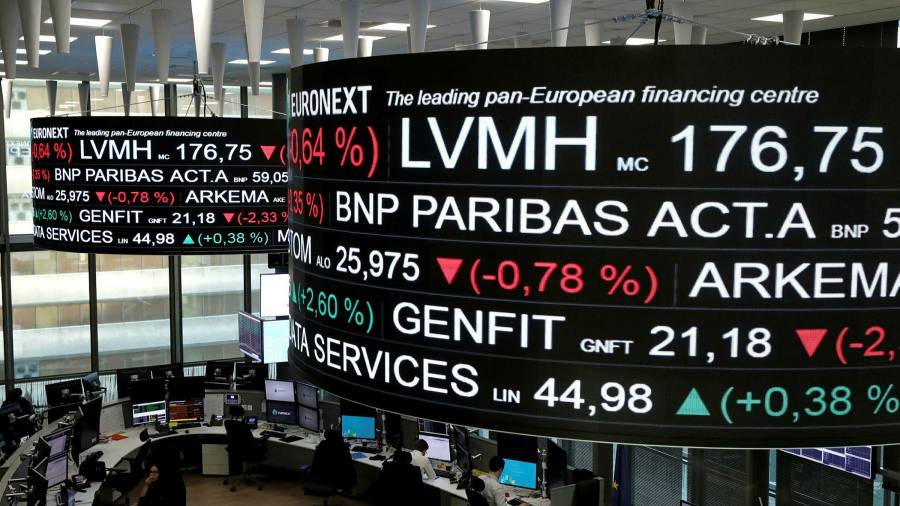 Global stocks recorded their worst week since June as fears of a slower economic rebound and a looming reduction in US stimulus weighed heavily on sentiment.

The FTSE All-World index fell 1.8 per cent this week, during which China has toughened data privacy rules on its fast-growing technology sector and countries such as Australia and New Zealand have implemented sudden lockdown measures due to coronavirus concerns.

In response investors have turned to haven assets such as the dollar, while selling commodities. The US dollar index, which measures the greenback against other big currencies, rose 1 per cent for the week, its best in two months. Brent crude oil, the global benchmark, fell about 7.7 per cent over the week on concern that demand will be curbed.

“Some time ago the planets all started aligning — we had very strong economic momentum worldwide, expectations that central banks wouldn’t move for a long time, and strong [equity] valuations,” said Olivier Marciot, senior portfolio manager at Unigestion, the asset manager. “Step by step the planets have dealigned, creating stress in the market.”

Equity benchmarks recouped some losses on Friday. In the US, the S&P 500 traded up 0.8 per cent while the tech-focused Nasdaq Composite rose 1.2 per cent on the day.

“Covid, growth and policy worries are resurfacing, just when the positive catalyst from strong earnings is behind us and technicals are weak,” said Emmanuel Cau, a European equity strategist at Barclays. “This should continue to feed the ‘buy the dip’ mentality, although investors may stay on a wait-and-see mode for now.”

Asian stocks, which began the week with a sell-off on the back of weak data out of China, looked set to end the week under further pressure. The MSCI index for Asia Pacific markets was down 1.9 per cent.

The effect of China’s new data privacy law, due to come into force on November 1, weighed heavily on sentiment across the region. The Hang Seng Tech index of China’s largest internet and ecommerce stocks, including Meituan, Tencent and Alibaba, fell 2.5 per cent.

Tencent’s value has dropped by 11 per cent this month, while Alibaba is down 16.5 per cent for the month to date.

Oil ended the day lower, with Brent crude falling 1.9 per cent to settle at $65.18 a barrel, about $10 below the heights it hit last month, as the Covid variant affects demand.