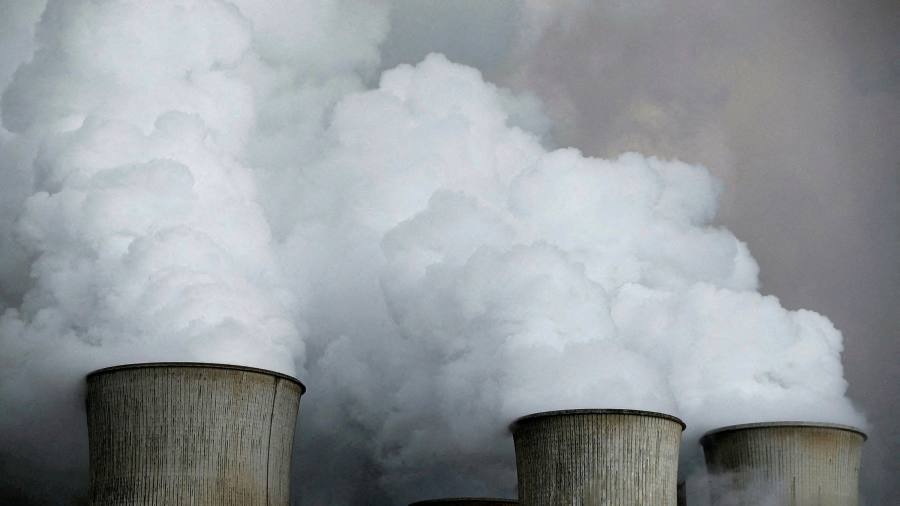 Major global companies are pushing world leaders to step up action to tackle climate change at the G7 summit in Germany this weekend, calling for large-scale carbon pricing and measures to boost demand for clean technology.

In an open letter ahead of the three-day gathering that begins on Sunday in the Bavarian resort of Schloss Elmau, more than a dozen heads of large corporations including Bank of America and Shell pleaded for ambitious government climate policies “that offer the private sector clarity and stability”.

“Once businesses can be certain of a stable and predictable policy environment with well-established goals, we will do all in our power to help society get there,” they wrote.

The companies came together under the Sustainable Markets Initiative, which was announced by the Prince of Wales at Davos in 2020 and now counts more than 400 global chief executives among its members.

At the summit, the G7 will confront the consequences of the war in Ukraine, including the turmoil it has wreaked in global energy markets. European countries including Germany are increasing their use of coal power to conserve gas reserves after Russia curtailed supply.

But the SMI members said the Ukraine crisis should not undermine efforts to phase out use of thermal coal, the most polluting fossil fuel, which the SMI says should be banned in advanced countries by 2030 and globally by 2040.

“Obviously, we’re facing a near-term challenge but over time that is a meaningful and achievable goal,” they said.

German chancellor and G7 chair Olaf Scholz promised last week the summit would demonstrate that leading democracies standing together against Russia’s aggression “are no less committed to the fight against hunger and poverty, and to combating health crises and climate change”.

Governments have been coming under increasingly public pressure on climate policy from companies which are nervous about continued uncertainty over future regulations, and face huge scrutiny over their progress towards ambitious net zero emissions goals.

Bank of America and other leading US financial institutions recently faced unsuccessful campaigns by shareholders seeking to block their financing of fossil fuel projects.

Energy companies are also facing scepticism over the pace of their green transition. Last month 20 per cent of Shell shareholders voted for a resolution stating that its climate plan was not aligned with the 2015 Paris accord, which aims to keep global warming well below 2°C.

The SMI letter put strong emphasis on carbon pricing, calling for governments to pursue a price on emissions that would rise over time. It said that a carbon price of $30-70 would destroy the economic logic for coal investment, while a level above $120 would drive investment in technologies such as direct air capture, which removes carbon dioxide from the atmosphere.

The intervention comes amid political efforts around carbon pricing on both sides of the Atlantic. This month Democratic senator Sheldon Whitehouse introduced a bill that would create a carbon levy on imports, set initially at $55 per tonne of associated carbon dioxide emissions.

This week, members of the European Parliament agreed on a plan to impose a similar carbon levy on imports, and to expand the EU’s emission-trading scheme — which currently covers energy, heavy industry and aviation — to a wider range of domestic sectors.

The SMI letter also asked governments for “demand-side policies” such as a fixed end date for the sale of petroleum-powered cars, and requirements for sustainable fuel usage by airlines.

If the G7 and other governments “can work with the private sector to help accelerate our progress, we can do this,” said the letter, whose signatories included the leaders of BP, EY, PwC, State Street and the Mahindra Group.