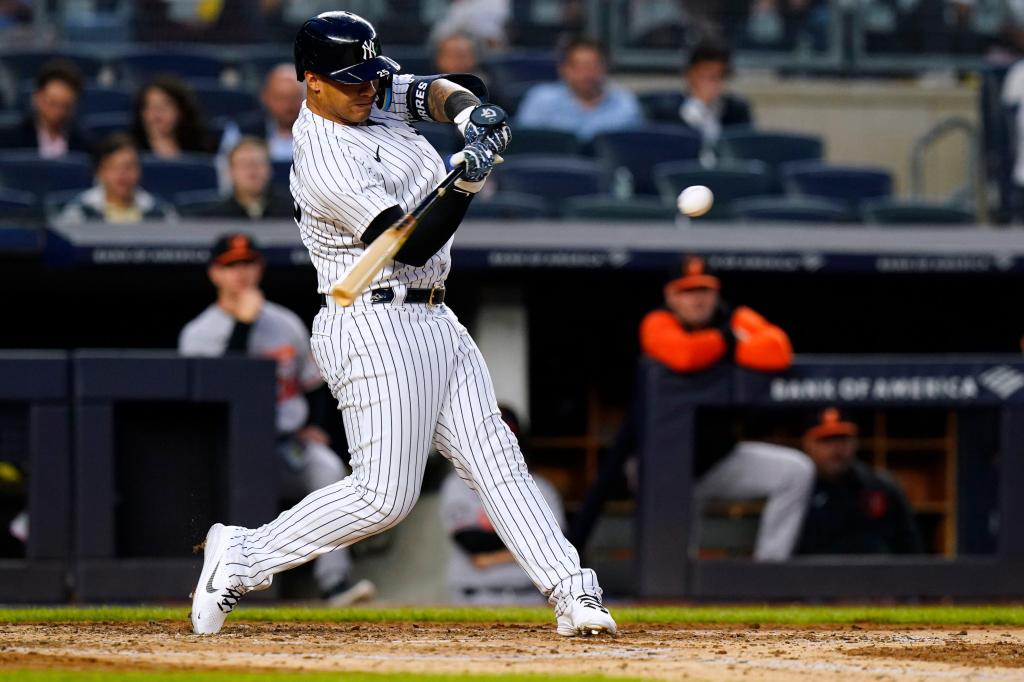 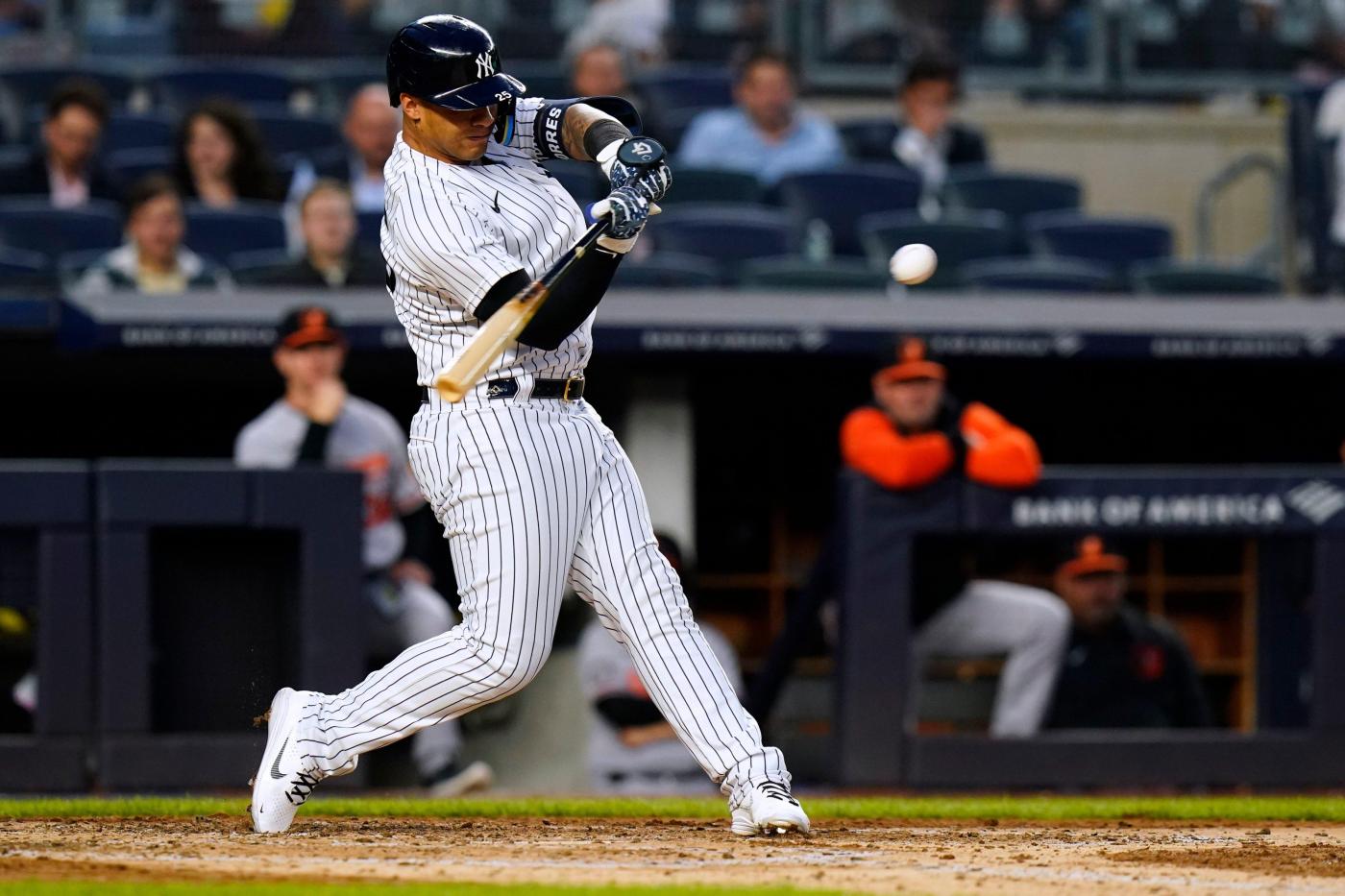 If Gleyber Torres played every game against the Baltimore Orioles, he’d be destined for a plaque in Cooperstown.

Unfortunately, for Torres, the Orioles only appear on the schedule 19 times a year. And it must be a relief for the O’s when the Bombers move on to face another foe.

The Yankees’ infielder not only posts insane offensive statistics against Baltimore every year, he does so in a way that seems aimed at publicly embarrassing the entire franchise.

After a two-homer effort against his favorite opponent in the Yankees’ wild win on Tuesday night, Torres was in predictably high spirits.

“For sure, I’m feeling good,” he said succinctly.

Heading into Wednesday’s rubber match, the Yankees have a 46-17 record against Baltimore since Torres’ debut on April 22, 2018. Yes, that entire period coincides with the Orioles’ ongoing rebuild, but a .730 winning percentage against any major league team is still mind boggling.

As for Torres specifically, his individual numbers vs. the Orioles keep producing double and triple takes to verify that they are in fact correct.

For his career, Torres (who has more plate appearances against the O’s than any other team), boasts a puffy-chested .323./397/.642 slash line against the Baltimore birds. With 18 home runs, 16 doubles and one triple against them, Torres records an extra base hit roughly once every seven times he steps into the box against a black-and-orange clad pitcher. His 1.039 OPS off Orioles’ pitching is 44 points higher than against any other team that he’s played at least 10 games against. He’s got 47 RBI and 43 runs scored in 64 games. In short, he becomes an absolute terror every time the Orioles descend on Yankee Stadium or he heads down I-95 to Camden Yards.

Going even deeper, several of Torres’ most bullied pitchers in his career are current or former Orioles. Against John Means, the team’s ostensible ace of the last four years, Torres is 3-for-8 (.375) with a trio of walks. Mychal Givens, the longtime Orioles’ reliever who escaped the team via trade in 2020 and has not faced Torres since, surrendered a 1.200 OPS in 12 plate appearances.

Hess spent 2018-2020 bouncing between the Orioles’ starting rotation and bullpen and is currently in the Rays’ organization. Torres and Hess have collided 11 times, all while Hess played for Baltimore. Three of those matchups ended in hits, and they were all home runs. Three other ones resulted in a walk. The only times Hess ever got Torres out were on fly balls to the outfield, all of which Baseball-Reference classifies as “deep.” He was never able to strike Torres out, or even get him to hit the ball on the ground.

This season, while the Orioles have actually kept him in check for the most part, Torres has made Bruce Zimmermann the new object of his torment. Both of Torres’ homers on Tuesday night came against Zimmermann, who he now possesses a 1.625 OPS against in nine meetings.

The whole Torres vs. Baltimore thing is both a fun look into the inherent randomness of baseball and an interesting demonstration of Torres as a player. When facing teams with a losing record, Torres’ OPS is .830. Against teams that are above .500, he shrinks to .746. While succeeding against bad teams and regressing against good teams isn’t exactly a revolutionary idea, and certainly isn’t exclusive to Torres, it does speak to some of his limitations.

In order to be the type of player the Yankees envisioned when they traded for him, Torres needs to rise to the moment against good teams, not shy away from them. With a good deal of pressure taken off his shoulders this season (both from not playing shortstop anymore and the Yankees’ overall success removing him from the magnifying glass), Torres has rebounded from his abysmal 2021 season.

Now, if only the Yankees can trick him into seeing a cartoon Oriole on every pitcher he faces, they’ll have the player of their dreams.