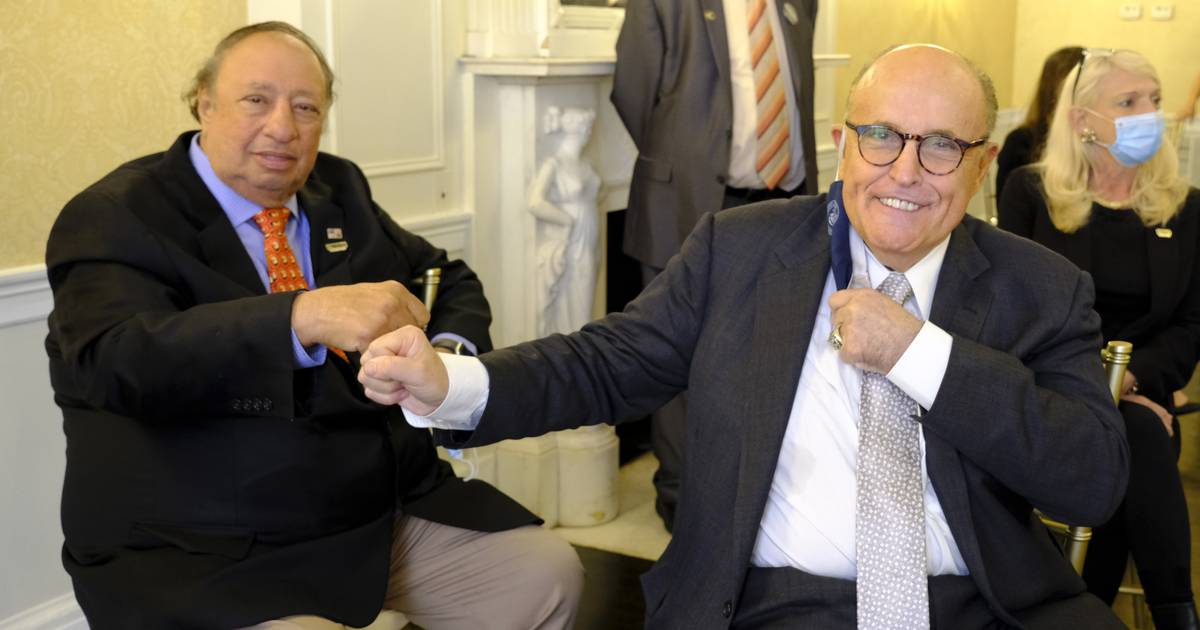 Get out the violin.

John Catsimatidis — the former mayoral candidate, radio host and supermarket magnate — rushed to Rudy Giuliani’s defense during a radio interview with Mayor Adams on Friday, saying the former mayor had a medical procedure after making the accusation that a man who patted him on the back actually assaulted him.

[ Rudy Giuliani heckled, slapped on back while campaigning with son on Staten Island ]

“I want you to know that Mayor Giuliani was in a weak state of mind because of the fact he wasn’t breathing well,” said Catsimatidis during a call-in interview with Adams on his WABC talk show. “He’s been like that for 30 days, and on Tuesday, right after that weekend, on Tuesday, he had stents put in to bring back his oxygen count up.”

The weekend Catsimatidis was referring to is the one of June 26, when Giuliani, who served as New York City mayor for much of the 1990′s, was appearing at a campaign event inside a Staten Island ShopRite with his son, Andrew, who was running for governor at the time.

During the event, one of the supermarket’s employees patted Giuliani on the back and allegedly said: “What’s up, scumbag?”

That man, Daniel Gill, was arrested and spent a night in jail after the former mayor and confidante of President Donald Trump claimed that Gill “hit me to knock me down.”

Days later, Adams called out Giuliani for the accusation, citing a video of the incident which shows clearly that the pat to the former mayor’s back involved very little force.

On Thursday, Adams said he spoke to Staten Island District Attorney Michael McMahon about the incident.

“It was unfair for a New Yorker to spend 24 hours in jail for an offense that he did not commit,” Adams said Thursday of Gill. “And I communicated that with the district attorney … a pat on the back is not an assault.”

But on Friday, Catsimatidis suggested the force of the pat to Giuliani’s back was essentially irrelevant given his state of health.

“No matter how hard that person hit him in the back, he felt it because of his health problems,” Catsimatidis said.

In response, Adams acknowledged “that’s quite possible,” but he wouldn’t let the issue slide and stuck to the point he’s been making for more than a week now: “his articulation of what happened was far different from that video.”

“That is the issue,” he said. “To have a New Yorker who did not commit a crime and spent 24 hours in jail based on an articulation of an assault is troubling to me and that is what I wanted to make clear.”