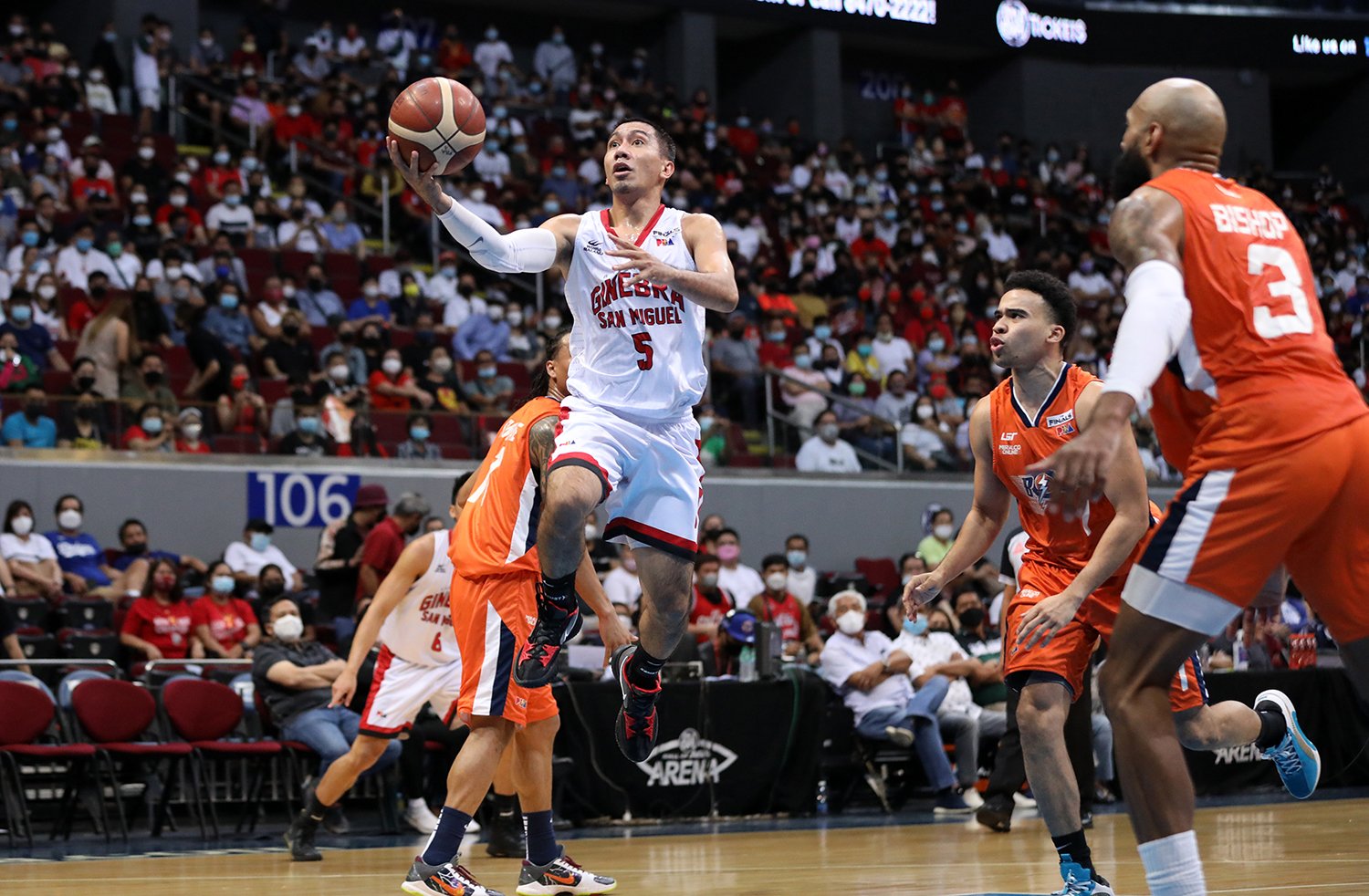 LA Tenorio stars in the Game 6 close out. PBA IMAGES

There was no rewriting the PBA Governors’ Cup narrative this year.

LA Tenorio and Justin Brownlee made sure of that—much to Tim Cone’s pleasant surprise.

“Am I shocked? Yes. I am shocked that we are here,” the Grand Slam coach said on Friday night, after Tenorio fired 30 points and Brownlee canned 17 of his 24 points in the third period to lead Barangay Ginebra past Meralco, 103-92, in Game 6 of their championship showdown.

The Gin Kings closed out the Bolts, 4-2, in the best-of-seven series.

“It’s a little bit shocking at this point for us because we were so far down at one point. I mean, we had really reached the bottom of the barrel,” Cone said.

The American coach, who hiked his league-leading trophy total to 24, was referring to the fact that at one point in the conference, the Gin Kings needed a key victory in their last elimination round game just to make the playoffs.

And if there was ever a chance that Meralco would redo the season-ending script, it was this year.

“But, you know, ‘never say die.’ We’re a team that doesn’t quit,” said Cone, whose team lost two of the first three games in the series.

“We have that legacy, and it’s always an honor and a curse to try to live up to that all the time because it’s really hard to live up to,” he added. “But these guys have been finding ways to do that.”

And because of that, the Bolts have now lost four Governors’ Cup title showdowns against the Gin Kings.

Tenorio had 15 points in the first half and, after Brownlee and Scottie Thompson engineered a strong third quarter, delivered the back-breaking triple that gave Barangay Ginebra a 101-88 lead.

“[W]e went on that little mini-run, and that kinda changed the complexion of the game,” Cone said.

After a tight first half that had both teams all square, it was the Kings that came out of the break energized. Brownlee helped forge a 78-73 spread entering the fourth before Ginebra uncorked 11 straight points that gave it a 96-80 spread.

“It’s in games like this that my instinct kicks in,” Tenorio said. “In games like this, it’s no longer about Xs and Os. It’s about making in-game adjustments and reading how the game is playing out.”

Thompson, who finished with 15 points and three steals, was named Finals Most Valuable Player. Christian Standhardinger, who with Tenorio kept Ginebra afloat in the first half when Brownlee fired blanks, added 19 points and 13 rebounds.