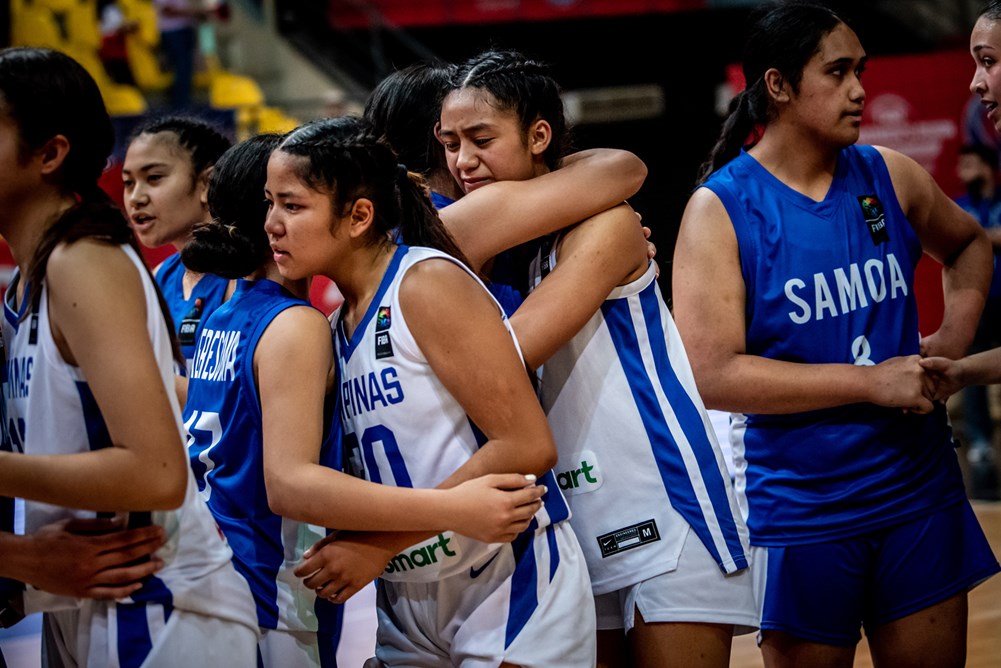 MANILA, Philippines—Gilas Pilipinas Youth will remain in Division B of the Fiba U16 Women’s Asian Championship following an 88-73 loss to Samoa in the semifinals Wednesday night at Prince Hamza Hall in Amman, Jordan.

Gilas handed Samoa a 29-point beating three nights ago but their rematch was an entirely different affair.

The young Filipinos trailed early after a slow start and then shot themselves in the foot with a dismal second quarter showing that allowed Samoa to break the game wide open.

Samoa was led by the brilliance of Kira-May Filemu, who dazzled with 36 points and 15 rebounds while playing all 40 minutes.

Filemu also got plenty of help from her teammates with the towering Azaleeah Oloapu muscling her way to 18 points and 19 rebounds that went with seven assists and Sienna Tutani producing a triple-double performance.

Naomi Panganiban led the fight for Gilas with 15 points but shot just 5-of-15 from the field. Ava Fajardo added 14.

Kristan Yumul, who fired 22 points in the first meeting with Samoa, was held to 13 points this time on 5-of-20 shooting from the field.

Samoa moves to face either Lebanon or Syria, a team the Philippines was also able to beat in the group phase, in the finals.

Only the Division B champion will be promoted to Division A.