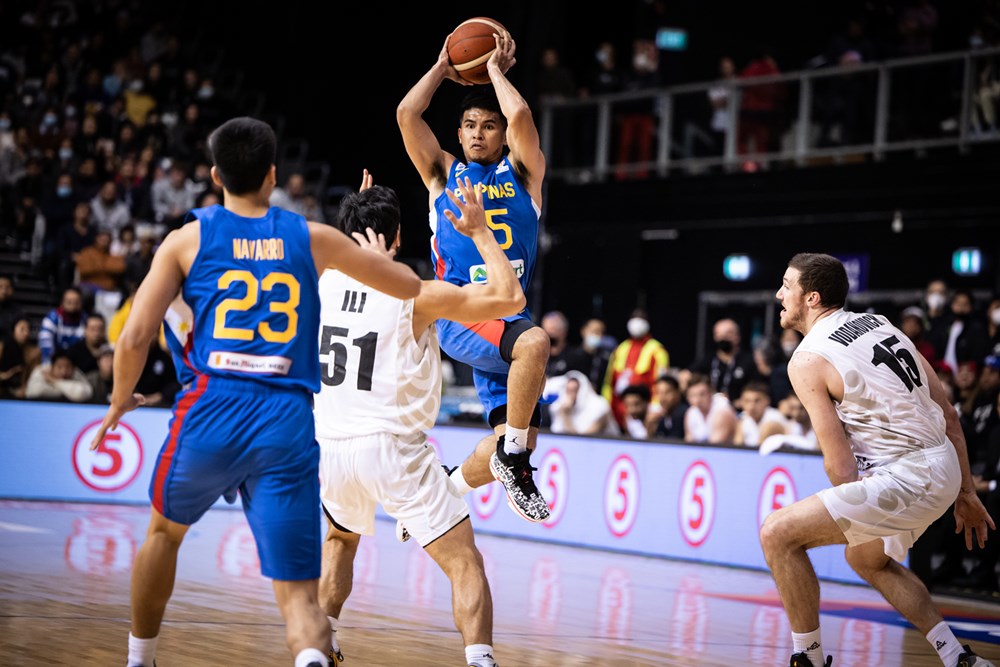 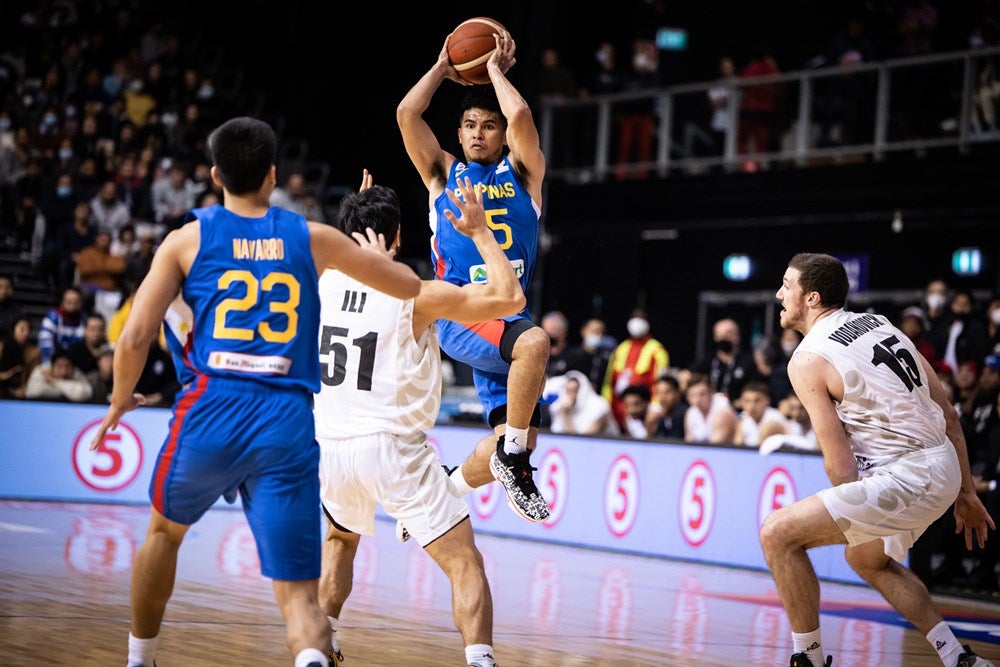 The Tall Blacks pounced on the undermanned Philippine men’s basketball sweep to complete a four-game sweep of Group A.

Dion Prewster led the balanced attack of New Zealand with 15 points, while Finn Delany delivered 14 points and seven rebounds as they dominated the Filipinos right from the get-go and showed no mercy until the final buzzer.

Carl Tamayo was the lone bright spot for Gilas with 16 points and five rebounds, scoring nine in the first half.

However, the University of the Philippines star hurt his ankle with 7:50 remaining in the game and was not able to return.

Rhenz Abando had 11 points in 16 minutes of play as the national team shot poorly from the field 21-of-62 and only made four three-pointers out of its 26 attempts. The Filipinos played with 11 men after naturalized center Ange Kouame suffered a partial ACL tear weeks before the third window.

Gilas Pilipinas’ closest deficit to the Tall Blacks was in the opening quarter, 11-9, off William Navarro’s lay-up before the home team unleashed a 10-0 run capped by Shea Illi’s triple to build a 21-9 spread with a minute to go in the first frame.

The Tall Blacks started to pull away in the second quarter with a 12-0 run for a 35-15 lead before stretching their advantage to 26, 47-21, entering the break. They showed no mercy in the second half, tallying the biggest lead at 46 points off Flynn Cameron’s layup in the final 1:41.

The Philippines, which gave up 19 turnovers, dropped to 1-2 and will try to bounce back in its home game against India on Sunday at Mall of Asia Arena.

New Zealand, Philippines, and India are all through to the next round in November after South Korea got disqualified.

Gilas mainstays Kiefer Ravena and Dwight Ramos, who are playing in Japan B.League, had a quiet night with six points each, combining for 5-of-21 shooting. Ramos, though, had nine rebounds, three assists, and two steals.