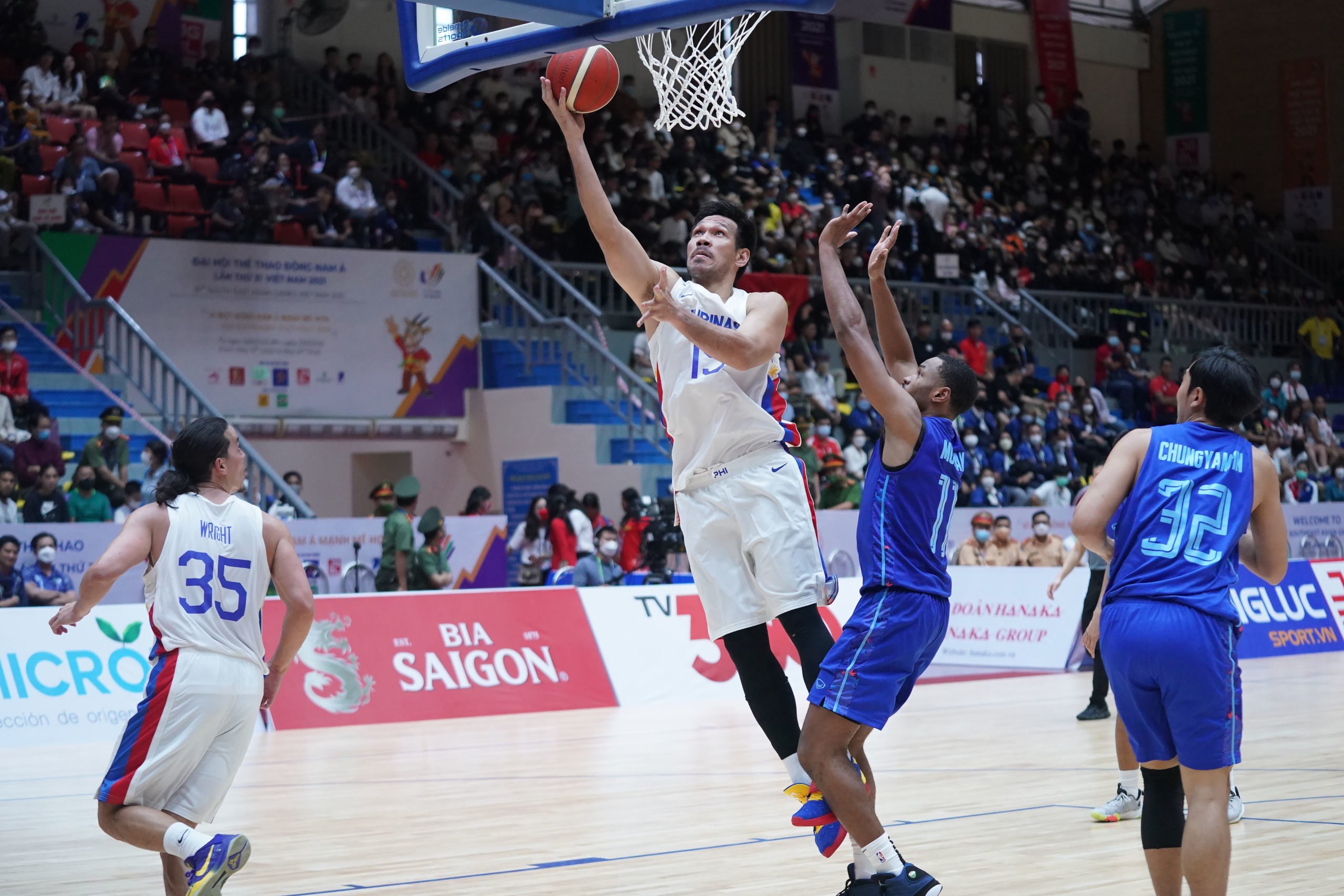 Safe to say, this won’t be the usual Southeast Asian (SEA) Games for Gilas Pilipinas.

The Filipinos, who came together about a month ago and went to Vietnam to win the gold that counts most back home, encountered tough resistance from vastly improved Thailand before prevailing, 76-73, at the start of men’s basketball action in the 31st edition of the biennial meet in Hanoi on Monday.

Gilas needed every bit of the brilliance of June Mar Fajardo to carve out the win, as the Filipinos were pushed like they have never been before by an enemy which was one of their favorite whipping boys before.

“We expected to struggle due to the four foreigners in their lineup,” coach Chot Reyes told the Inquirer in a text message. “Plus, this is the very first time we played together. We didn’t even have the chance to scrimmage.

“[So] we just relied on our experience to grind out the win,” Reyes added as the Philippines chases its 19th cage gold in the meet.

Fajardo, the six-time PBA Most Valuable Player, dropped 28 points that went with 12 rebounds and two blocks in the hard-earned win that made the Filipinos aware that this—unlike in the past—won’t be a cakewalk to yet another gold medal.

The Thais actually had a chance to send the game into an extra period, only for Naikorn Jaisanuk to miss a triple from the corner at the buzzer.

Up next for the Nationals is Cambodia, a nation that finished seventh in Manila and not expected to post much of a threat. They tangle on Tuesday at 6 p.m.

While the men got more than they bargained for, the Gilas women got their title defense off on a smashing note after demolishing Indonesia, 93-77, earlier.

The Filipinos, who won their first women’s cage gold in 2019 back home, turned up the heat in the third quarter, outscoring Perbasi, 32-19, before enjoying leads of as many as 17 points on the way to the impressive win.

Afril Bernardino, easily the most seasoned in the bunch, starred for the Philippines with 16 points and nine rebounds. She also turned in a hard-nosed defensive effort that resulted in four steals and three blocks.

Janine Pontejos, another grizzled ace, chipped in 15, with Camille Clarin and newcomer Elisha Bade’s dropping 11 each to highlight the Philippines’ commendable effort on the offensive end. Every single one of coach Pat Aquino’s charges contributed.

Gilas takes a break on Tuesday and then plunges back into action against Thailand on Wednesday, again at 10 a.m.