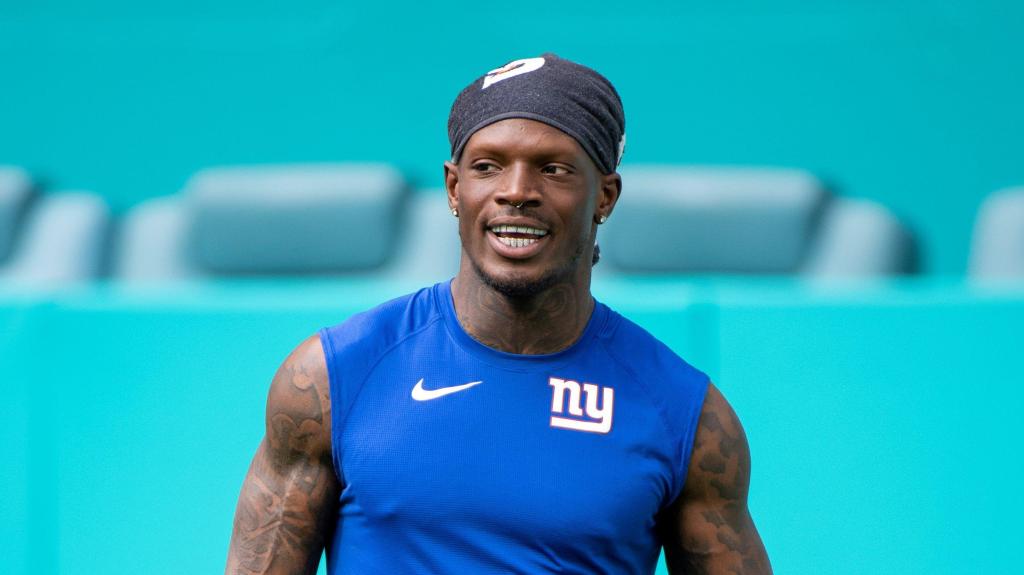 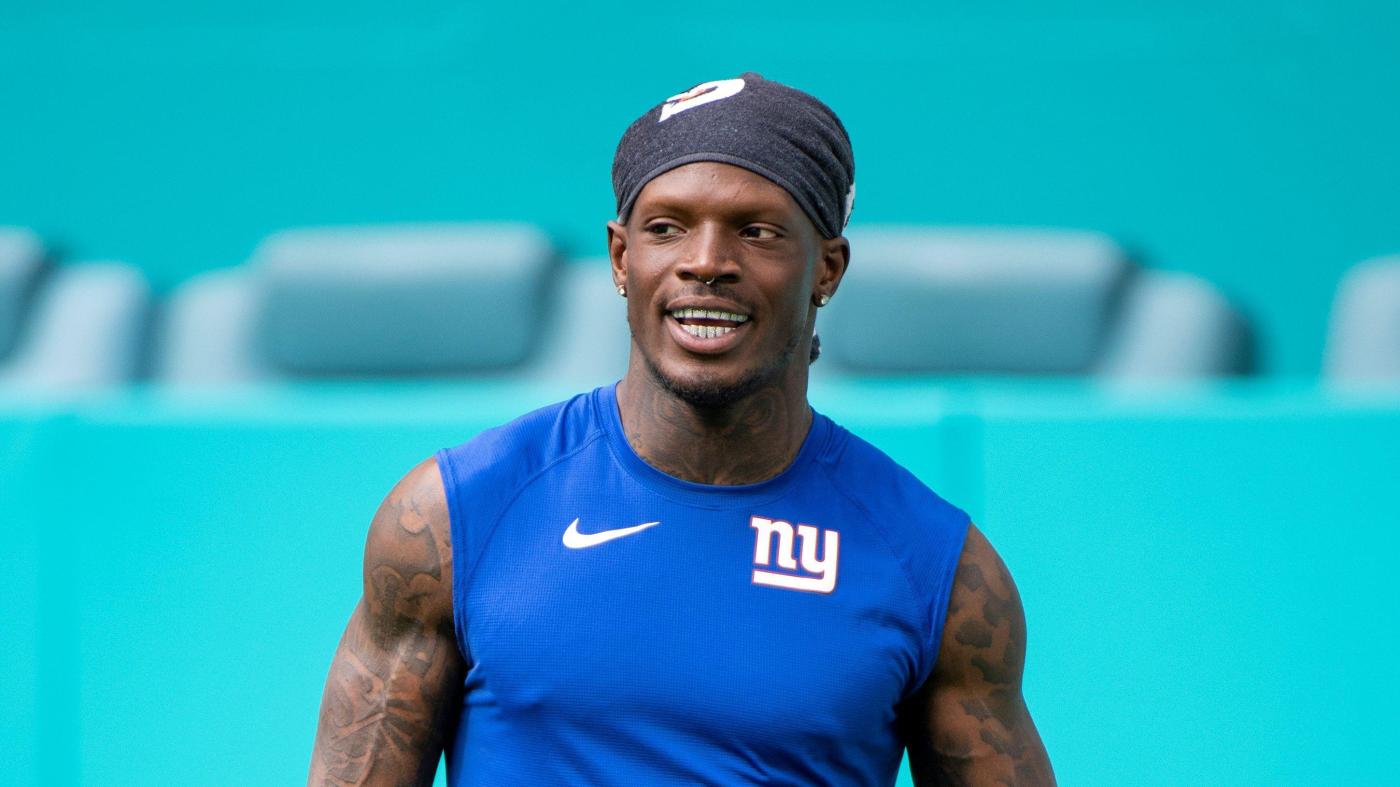 None of Daniel Jones’ presumptive top receivers were on the field to catch his passes at Thursday’s third OTA practice.

Head coach Brian Daboll said “some” of the players in red jerseys were “rehabbing” but he wasn’t going to “get into the specifics” about Toney and Golladay.

Toney didn’t report to the Giants’ facility this offseason until late April, after the Daily News reported that the team was exploring trading him. If he’s injured, the team hasn’t disclosed it.

He caught passes off the JUGS machine for a few minutes before practice, and that was about it.

“I think that [Toney] was in good shape [when he first reported], but obviously he’s not running around full speed right now, so it would be difficult to judge exactly where he’s at right now,” wide receivers coach Mike Groh said. “But he’ll be ready to go … Mentally I don’t have any concerns with where he’s at.”

Offensive coordinator Mike Kafka said Toney has been “really attentive in meetings” and is a “dynamic player.”

“He’s one of those guys that you look for to make plays for us,” Kafka said.

Jones, speaking for himself as the Giants’ quarterback, called the month of May “an important part of the offseason, starting off our OTA practices.

“They’re valuable opportunities you can’t afford to miss out on,” he said.

“You’d prefer that they’d be out there,” Groh said of Golladay and Toney, “but we’re doing things with them without getting the full speed reps. Feel really good about the progress they’ve made.”

Starting left tackle Andrew Thomas (left ankle surgery) also wore a red jersey and did not practice until a late special teams period … Safety Julian Love intercepted Jones during the 11-on-11 team period and continues to assert himself as a leader. Wouldn’t be surprised if he’s voted a captain … Tyrod Taylor made a beautiful throw down the left sideline to wideouts Robert Foster. C.J. Board had several catches, too … No. 5 overall pick Kayvon Thibodeaux was checked by a trainer late in practice in the quad/groin/hip area, The Athletic observed. He remained on the sideline. Earlier, Thibodeaux recorded what would have been a sack on Jones, bursting into the backfield unblocked off the defense’s right edge … Blake Martinez (torn ACL) was a full participant in the jog-through portion of practice on the field in the middle of the defense wearing a red jersey. He didn’t participate in the live 11-on-11 portion, but he was moving well, which is an encouraging sign for the fall … Corner Jarren Williams is lining up as a reserve free safety on defense.

Leonard Williams said Wednesday’s four player cuts, to make room for four new players, was “definitely eye-opening for a lot of the guys in the locker room.”

“Yesterday, we had a bunch of new people come in and people leave and people are like, wow, week one [of the offseason] it’s already happening,” he said.

Williams said maybe he’s just “getting numb” to it because he knows that’s the business. Still, that’s a good glimpse at some player perspective on the constant roster turnover.

Second-year edge rusher Azeez Ojulari was noticeably bulked up and revealed that he’s gained about 10 pounds to 255 through his offseason training.

“I just felt like trying to improve my game, my weight to just hold up. I just feel good. Just wanted to get bigger,” he said.

A ‘DIRTBAG’ AT CENTER

“He plays with an edge that you want everyone to have,” Johnson said of Feliciano, whom he coached in Buffalo. “I jokingly, when I write the depth chart every day on the board, I write the nicknames and his is “Dirtbag.’ That’s how he plays. Not in an illegal fashion, but he plays the game on the edge.