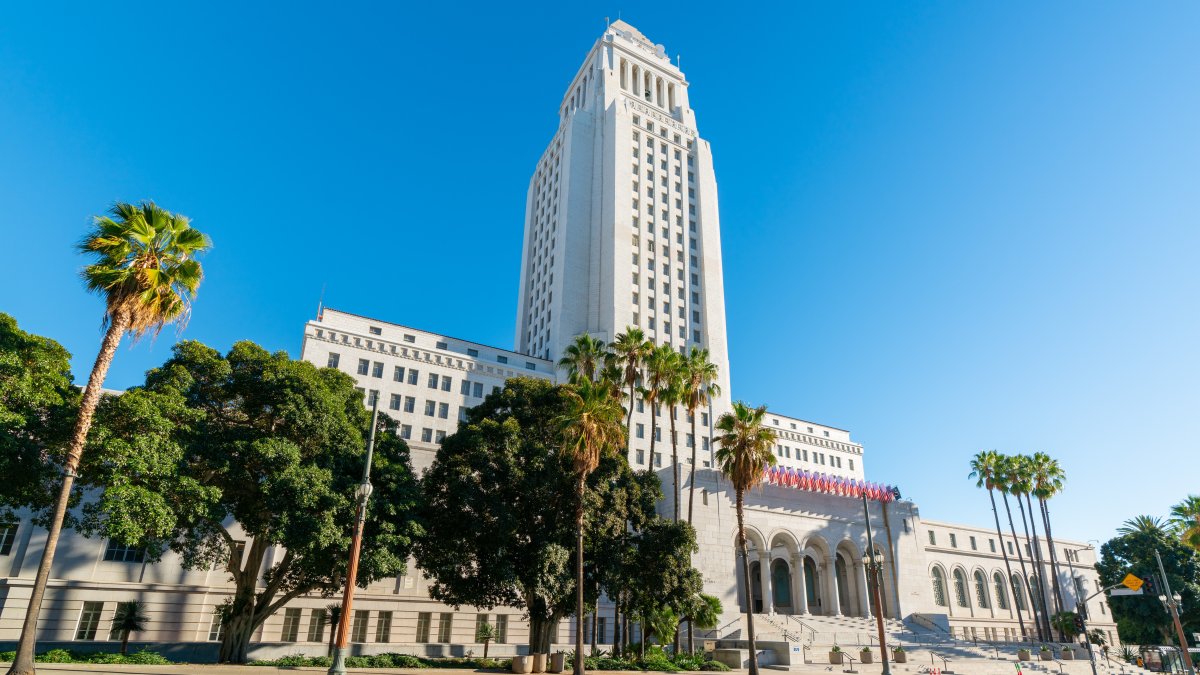 As the California primary election nears, here is a breakdown about all the candidates for Los Angeles mayor who will appear on the ballot.

Twelve candidates were pushing for a spot on the June primary ballot and nine made the cut. Three of the 12 have since withdrawn from the race.

Both Congresswoman Karen Bass and Caruso have been the two leading candidates in the race in polls, media coverage and also fundraising.

Even though Buscaino, Varma, and Feuer are no longer in the race, they will still appear on the primary ballot in June.

The election comes as current LA Mayor Eric Garcetti has termed out after first being elected to office in 2013. Garcetti is waiting for confirmation of his nomination made by President Biden to be the U.S. ambassador to India.

Two debates have been held featuring the top five candidates in the race. The first one was on the campus of USC and the second at Cal State LA.

Addressing homelessness and public safety have been two of the leading issues discussed during the race. All candidates each have different angles for how they plan to tackle these two issues.

Voters have until Tuesday, June 7 to submit their mail-in primary ballots or visit their local polling place.

Learn about each candidate, their career experience, and key campaign issues.

Karen Bass has been one of the leading candidates in the current mayoral race. She has served on the California State Assembly from 2005-2010 and assumed office as a U.S. House Representative in 2013.

Bass is an LA native. She grew up in the Venice/Fairfax area and attended Hamilton High School, Cal State Dominguez Hills, and the University of Southern California.

She has been heavily involved in both state and national politics. In 1990, Bass founded the Community Coalition, which is a community-based social justice organization in South LA. It addresses substance abuse, poverty, and crime in African American and Latino communities throughout South LA.

She stands on her previous political experience to help her take on the role of mayor of LA if she is elected into office.

Bass has made it clear that one of her main focuses, if elected, will be tackling homelessness, which she calls LA’s No. 1 problem. When addressing crime and public safety, she has also said that she would increase the number of police officers to help with the attrition that has been occurring in the city.

Another frontrunner in the race has been businessman Rick Caruso.

Although he does not have previous experience holding office in any local or state governments, Caruso has been involved throughout LA.

He attended both the University of Southern California and Pepperdine University.

He is the founder and chief executive officer of Caruso, which is a retail complex development company. Caruso has been a member of the LA Department of Water and Power Commission, Police Commission, and recently stepped down from his role on the USC Board of Trustees to run in the election.

Caruso prides himself on his business success saying, that it will help him create jobs. Caruso also says that instead of defunding the police, he plans to hire 1,500 new officers to help make LA safer.  When it comes to addressing homelessness, his plan is to declare a state of emergency, increase the number of shelter beds, enforce restrictions on sleeping in public areas, and incentivize the construction of affordable housing.

Like Bass, Kevin de León also had a political track record serving as the LA city councilmember for the 14th District since 2020, as well the president pro tempore of the California State Senate from 2014 to 2018.

De León is an LA native and was the first in his family to graduate from high school. He attended UC Santa Barbara and graduated with honors from Pitzer College.

He has been involved in writing California legislation including authoring Prop 68 to help keep drinking water clean and Prop 2 which secured California’s largest financial investment to build housing.

An issue that hits close to home for de León is homelessness. As a young adult, he faced housing insecurity and wants to change that for Angelenos.

University of Southern California and Columbia School of Law alum Craig Greiwe is running for mayor as a centrist.

His career experience includes being the former chief of strategy officer of Rogers & Cowan/PMK. Greiwe has been very vocal about using his experience to help rebuild LA with new programs that will not increase taxes.

Some of the key issues he is running on are crime, corruption, homelessness and affordability.

He is focused on making sure LA is a safe city that people want to live in and can afford to live in.

In his approach toward fighting homelessness, he plans on putting 3,000 officers back on patrol without needing to increase funding.

Alex Gruenenfelder is the youngest candidate in the mayoral race and an LA native. He attended local LA public schools from kindergarten through the end of high school.

He does not have any previous experience holding any political offices but has been an avid activist partaking in multiple movements.

He is the founder of Survivor’s Power, an organization aimed to support victims of sexual violence. He currently serves as an Echo Park Neighborhood Councilman, is a member of multiple city committees including the Ad Hoc Reimagining Public Safety Committee, and Co-Chairs the Planning and Land Use Committee.

Three of his main issues are homelessness, police, and transit. In his homelessness strategy he plans to use vacant lots across LA to help house unhoused people along with ending all subsidies and tax cuts to corporate hotels and luxury developments.

John Jackson has over 30 years of community involvement and interest in working with veterans, as he himself is a vet. Jackson’s father was also a war veteran serving in both the Korean Conflict and the Vietnam War.

His platform includes helping fight against hate crimes in LA. He wants to establish anti-bullying and educational programs for children and create support groups for Victims of Hate Crimes.

If elected, Jackson plans to stop corruption and make sure that money in LA is being spent well and is going to places that really need the resources.

A Claremont McKenna College and Pepperdine University alum, Andrew Kim has a long track record with law and has owned his own law firm in LA for over 30 years. Kim has worked as a civil rights attorney working to defend marginalized communities.

If elected, Kim wants to appoint a homelessness Czar, as well as declare homelessness as a state of emergency, and create an economic promotion planning department.

He further elaborates the actions he plans on taking within his first year in office.

The centerpiece of Kim’s administration would be focused on boosting jobs and opportunities in ethnically diverse parts of the city.

Gina Viola says she is running a grassroots campaign with the goal of making LA a happy, safe, and healthy city.

She has been a strong advocate for LGBTQ+ rights, social justice and racial work, as well as a mentor for the organization Girls & Gangs.

Viola has lived in LA for most of her adult life and has been a business owner for over 25 years.

She has a long list of issues she has been campaigning about. Some of those issues include economic justice for all, housing justice for all, defunding the police, and holding city governments accountable.

Viola wants to reallocate money from the police budget and invest it into cities and areas of LA. She plans to address housing, healthcare, living wage, and social programs.

Real estate agent and former Metro board member Mel Wilson is focused on eliminating the city’s gross tax on businesses.

If elected to office, Wilson would become the second Black mayor of LA after former Mayor Tom Bradley.

He held many positions like being appointed by former LA mayors Antonio Villaraigosa and Richard Riordan to the Metro board of directors. He also served on the LA Fire Commission, Business Tax Advisory Commission and as president of the United Chamber of Commerce of San Fernando Valley.