Germany has warned that EU consumers should brace for a big economic hit and higher energy prices as Berlin said it was willing to back an embargo of Russian oil to punish Moscow for its war on Ukraine.

Europe was prepared to bear the strain of cutting its use of Russian crude, said Robert Habeck, Germany’s economy minister and deputy chancellor. But he said the move should be properly prepared and should consider the high dependency of some EU countries on Russian supplies.

“We will be harming ourselves, that much is clear,” he said ahead of an emergency meeting of EU energy ministers that is debating an embargo on Russian oil.

“It’s inconceivable that sanctions won’t have consequences for our own economy and for prices in our countries,” he said. “We as Europeans are prepared to bear [the economic strain] in order to help Ukraine. But there’s no way this won’t come at a cost to us.”

Habeck said it was important for Europe not to be “faced with economically unmanageable scenarios”. Germany had made “great progress” in finding alternatives to Russian coal and oil, “but other countries may need more time”.

EU energy ministers were meeting on Monday to discuss an expected sixth package of sanctions against Russia that Brussels is drafting.

Diplomats say it will include a phased-in oil embargo to take full effect by the end of the year.

EU ambassadors, who meet on Wednesday, would need to agree unanimously to any commission plan for it to take effect.

Member states are still split over the idea of a Russian oil ban. Hungary said it would block a deal unless it could be guaranteed supplies from elsewhere. Hungary and Slovakia have infrastructure built to handle Russian crude and without ports have few alternative sources.

Germany would need time to adapt its own infrastructure before stopping all Russian crude shipments, Habeck said.

In contrast Poland and the Baltic states want an immediate ban on Russian oil, while Italy has suggested a price cap or tariff on Russian imports. Russia supplies around a quarter of the EU’s oil, and two-thirds of Hungary’s. 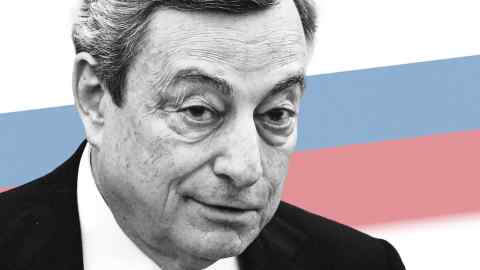 Energy ministers also addressed Russian state-owned gas company Gazprom’s decision to cut gas supplies to Poland and Bulgaria after the two countries refused to comply with a Kremlin order to settle payments in roubles. Brussels has told member states that to use the system established by Moscow would breach EU sanctions.

Several companies, including Mol of Hungary, have said they would obey Moscow’s demand because a cut-off would damage the economy. Kadri Simson, the EU’s commissioner for energy, said no firms had formally notified the commission that they would take such action.

She added that Russia’s recent demands were an “obvious attempt to divide the European Union” and that member states needed to come together with a co-ordinated response.

Poland’s gas storage was 80 per cent full and could soon be fully independent from Russian supplies, she said.

Habeck acknowledged that an embargo on Russian oil was an ambiguous weapon, which could result in steep increases in energy prices that would benefit the Kremlin. “You would have more revenue with fewer sales,” he said.

There was also a danger that Russia would sell oil instead to the developing world at a discount, he said. “We have to make sure we’re not swayed by immediate emotions,” he said, adding that an embargo must be part of an “overall strategy” and should not “by accident cause harm and strengthen Russia”.