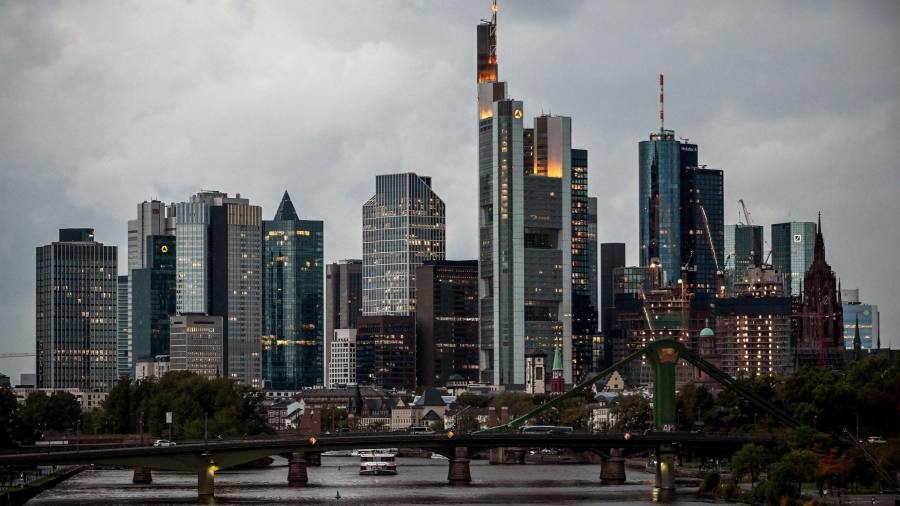 Germany’s economy could shrink by 7.9 per cent next year in the event of an unusually cold winter and the introduction of gas rationing in industry, the country’s leading economic institutes have predicted.

The institutes’ joint forecast said Germany would slip into recession next year, with gross domestic product contracting by 0.4 per cent, before returning to growth in 2024.

But in one of their “risk scenarios” they forecast that GDP could potentially shrink by 7.9 per cent in 2023 if the winter is harsher than normal and people struggle to cut back on their energy use.

“If we get a much colder winter, gas consumption will grow significantly which will increase the likelihood of a gas shortage,” said Torsten Schmidt of the Leibniz Institute for Economic Research. “That will have more of an impact on GDP than we’ve assumed in our forecast.”

Russia’s decision to cut gas supplies to Europe after its invasion of Ukraine has plunged Germany into its worst energy crisis since the second world war. Soaring gas prices have forced many companies to reduce production or even shut down entirely, while private households are preparing for a huge increase in heating bills.

The group of leading institutes said that, based on the median of their model simulations, Germany will not run out of gas this year and next, though the supply situation would remain “extremely tight” and gas prices were likely to stay “well above pre-crisis levels”. They said “this will mean a permanent loss of prosperity for Germany”.

But it added that there was a “heightened risk” that Germany would be forced to ration gas to industrial consumers, with a cold winter leading to shortages. That could be avoided if gas consumption was reduced by 20 per cent and imports — particularly via the new terminals that are being built to process liquefied natural gas — were increased.

But if the country fails to sufficiently curb gas use, the institutes warned of “serious consequences for economic activity” and a “massive drop” in GDP at the start of 2023 and 2024.

The prognosis marks a radical downward revision of the institutes’ spring forecast when the institutes predicted growth of 2.7 per cent this year and 3.1 per cent in 2023. “This revision mainly reflects the extent of the energy crisis,” they said, adding that the value of output in 2022 and 2023 would be €160bn lower than expected in the spring.

Schmidt said private households were bearing the brunt of higher energy prices and facing a “huge loss in purchasing power”, which would get “worse in the coming year”. Most companies were, in contrast, managing to cope with the energy crunch.

One sign of optimism was provided by the German labour market, which the institutes said was having a “stabilising effect”. A shortage of skilled workers meant companies were keen to retain existing staff, “so employment is only likely to fall slightly temporarily”.

The institutes said inflation would rise to 8.8 per cent next year, slightly higher than this year’s level of 8.4 per cent, though it would decline to 2.2 per cent in 2024.

German inflation is expected to have risen from 8.8 per cent in August to hit 10 per cent in September when the figures are released on Thursday afternoon, with the increase driven by the expiry of temporary measures to cushion the impact of high prices, such as a fuel duty cut and a subsidised €9 monthly train ticket.

It would be the first time German consumer price inflation has reached double-digit levels since 1951.

The statistical office of North Rhine-Westphalia said on Thursday that inflation in Germany’s most populous state hit 10.1 per cent in September, its highest level since the early 1950s, a rise from 8.1 per cent in August.