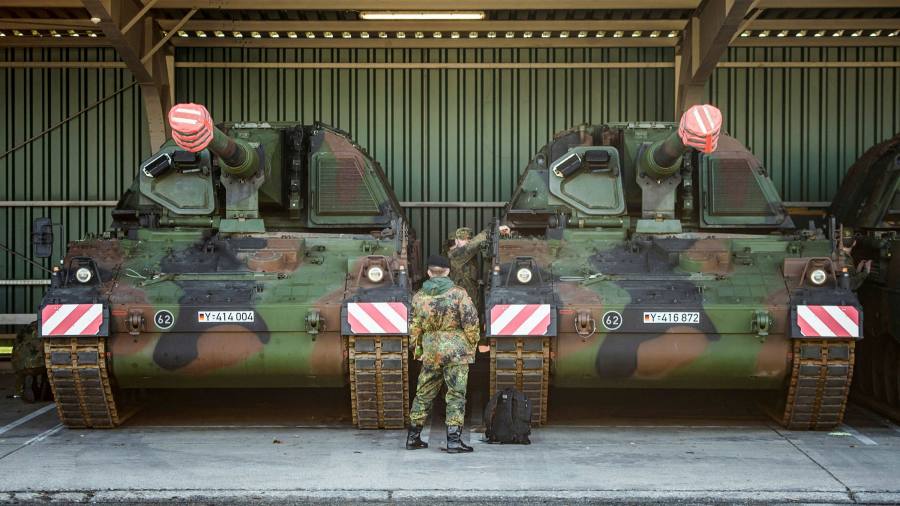 The German parliament has voted to approve a €100bn fund to modernise the country’s armed forces, reflecting the fundamental shift in Berlin’s defence and security policy triggered by Russia’s war in Ukraine.

Ahead of the vote, Christine Lambrecht, defence minister, told the Bundestag that “security has its price”, and Germany “must be able to defend its values by military means”.

Annalena Baerbock, foreign minister, said Germany owed it to its Nato and European allies to beef up its armed forces, which have been starved of investment for years. “We are at a moment where Germany is saying we are there when Europe needs us, and Europe needs us now,” she said.

Germany’s constitution has to be amended to allow for the creation of the debt-financed fund which will not be subject to the “debt brake”, the country’s strict curb on new borrowing. But the opposition Christian Democrats said in advance of the vote that they would support the fund, ensuring the two-thirds parliamentary majority required for the historic change.

The special fund was proposed by Olaf Scholz, chancellor, in a landmark speech three days after Russia launched its full-scale invasion of Ukraine in which he said the war marked a “watershed” moment, for Germany and the world. The €100bn fund would help create “a powerful, cutting-edge, progressive Bundeswehr that can be relied upon to protect us”.

There is no definite spending plan for the fund, but it is already clear that a chunk will go on the 35 American-made F-35 fighter jets that Germany said it will buy in March, as well as on 60 CH-47F Chinook heavy-lift helicopters, used to transport troops and equipment.

As well as the modernisation fund, Scholz also promised to spend more than 2 per cent of Germany’s gross domestic product on the military, a Nato goal it signed up to in 2014 but has never fulfilled.

Germany has long been under pressure to step up its defence spending. Former US president Donald Trump repeatedly castigated ex-chancellor Angela Merkel for her failure to meet the 2 per cent goal, telling her: “Angela, you gotta pay”.

His predecessor Barack Obama also had Germany in his sights when in 2016 he criticised “free-riders” exploiting American security guarantees and not paying their fair share towards Nato’s collective defence.

In her speech to MPs on Friday, Lambrecht said the Bundeswehr had been “neglected and degraded for decades”, creating “huge gaps” in the availability of crucial equipment.

In conversations with soldiers Lambrecht said she was frequently told “we don’t have this, we have too little of that, this is used up, that is defective — and we have to put a stop to all that”.

That point was echoed by Baerbock. “The deficits in the Bundeswehr are not sustainable for another second,” she said. “We have analogue radio systems that our soldiers can’t reliably use in an emergency: and of 350 Puma infantry fighting vehicles, only 150 are operational.”

The money in the fund would ensure, said Lambrecht, that soldiers would get the full body armour they were promised in 2025 “and not as previously planned in 2031”, as well as new radio equipment and night vision goggles.

But the fund has proven controversial with MPs on the left, including some in the parties that make up Scholz’s coalition — his own Social Democrats and the Greens.

The Green MP Frank Bsirske told German radio that the defence budget had already risen by a third since 2014, and upping military spending would “call into question the financing of other important reforms set out in the coalition agreement”.

Baerbock said she could understand German who questioned why the Bundeswehr was being given €100bn when hospitals lacked sufficient care staff. “But we shouldn’t play off social justice and security against each other,” she said.