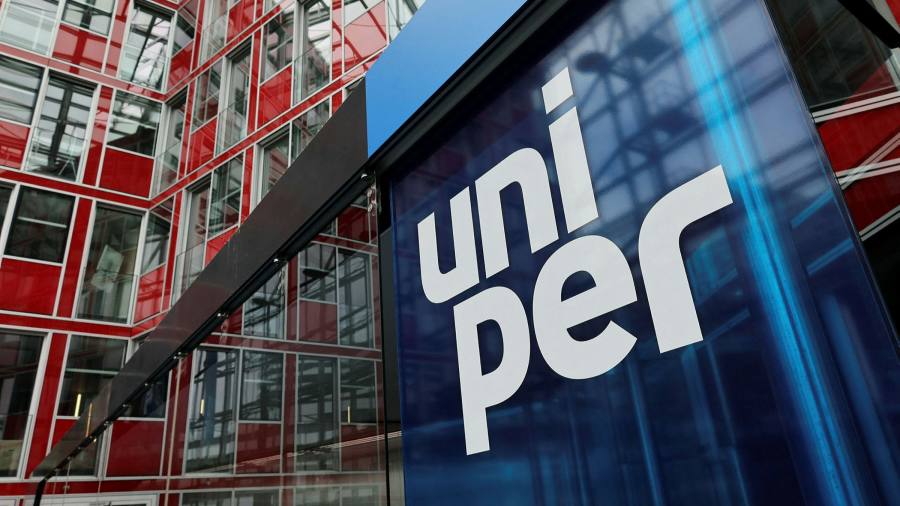 Uniper has formally requested a rescue package from Berlin, in a move likely to lead to the government owning a substantial share of the utility brought to the brink of insolvency by a drastic reduction in gas deliveries from Russia.

Europe’s largest buyer of Russian gas has been losing tens of millions of euros a day as it seeks to plug the gap with much more expensive gas bought on the open market, without being able to pass on the added cost to customers.

Chief executive Klaus-Dieter Maubach told reporters that Uniper “cannot tolerate [the current situation] for long” and that it might have to start drawing gas from its storage facilities as soon as next week, further reducing supplies needed for the coming winter.

The company said on Friday that it had “submitted an application to the German government for stabilisation measures” through which it would seek to offset some of its increased costs.

The German parliament had earlier pushed through changes to the country’s energy security act to allow special pricing mechanisms to be imposed on consumers.

Maubach did not say how large Uniper’s bailout would need to be, but German politicians have suggested it could be as large as €9bn. The executive said Uniper could lose as much as €10bn this year.

Uniper’s proposal to the German government also seeks to expand an undrawn €2bn credit facility, first agreed with the state-owned KfW bank at the start of the year, when Uniper found itself on the wrong side of energy price hedges.

The plan “contains equity components which would lead to a relevant participation of the Federal Government in Uniper SE”, the company added.

Maubach did not elaborate on what size such a stake would ultimately be, but said: “We’re not talking about 5 per cent or 10 per cent, I can say that much”.

“The concrete form of support will now be negotiated and then decided. Politically, one thing is clear: we will not allow a systemically important company to go bankrupt and as a result cause turbulence in the global energy market,” he added.

Uniper’s main shareholder Fortum, which owns almost 80 per cent of the utility, would also look at restructuring the company and “establishing a security of supply company under the ownership of the German government”, Uniper said.

The proposed bailout comes as gas flows from Russia are down 60 per cent on their standard capacity, with planned maintenance of the Nord Stream 1 pipeline scheduled to begin next week, further restricting supply.

German officials have warned that Russia may use the pipeline repairs as an excuse to permanently shut off gas supplies in retaliation for sanctions imposed on Moscow after the invasion of Ukraine.

Such a scenario would make it impossible for Germany to fill its gas storage facilities to the targeted 90 per cent by November, forcing the country to ration supplies to businesses throughout the winter. The shortage would also affect the transfer of gas to France, Austria and the Czech Republic.

“The plans to amend the Energy Security Act would make it possible to pass on higher gas prices evenly among all gas customers, in the form of a levy,” BDO lawyer Christian Hampel said of one of the options now available to the government.