Gentrification unsettles a city of subcultures 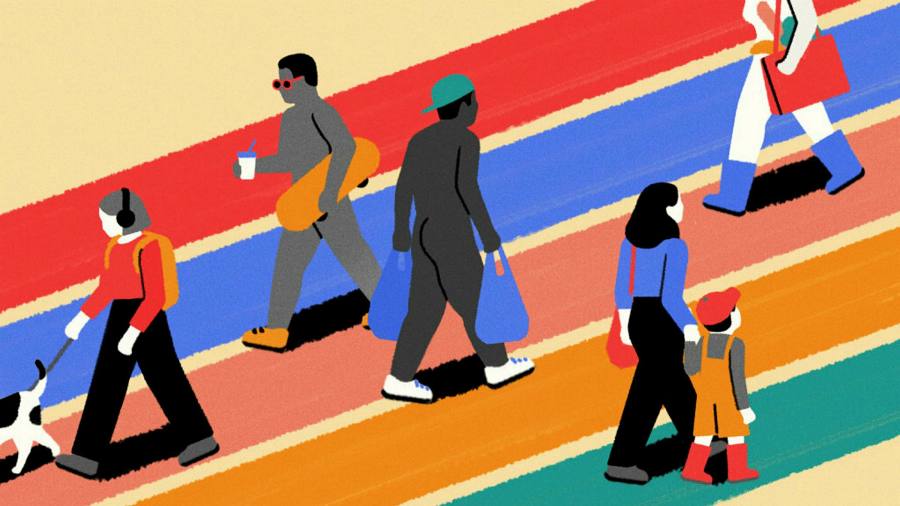 Walking through San Francisco on a perfect sunny Saturday last month, I came across one of the city’s more unusual sights. On the corner of the street stood a group of men chatting together, naked apart from a few pieces of sequinned cloth.

The naked guys, as they are known, are a San Francisco institution. At parades and charity runs you will always find a number of them taking part. When the weather is warm they tend to congregate at the busy intersection of Market Street and the Castro. No one but the occasional tourist pays them any attention.

When I arrived here four years ago, I assumed optional clothing must be a legacy of San Francisco’s bohemian history. In fact, those skimpy pieces of cloth are a protest. San Francisco may be known for freewheeling tolerance but the reality is more complicated.

This year marks the 10-year anniversary of a citywide ban on nudity. At first, officials demanded that undressed people put something, a towel or a newspaper, between themselves and public seating. Then they voted to ban nudity altogether. Anyone found naked in the city can be fined $100, though a few permitted events are excluded.

San Francisco’s contradictions are a never-ending source of fascination to newcomers. It is known for techno-utopianism but loved for its quaint old buildings. The average income is over $119,000, yet homelessness seems an intractable problem. Promoting liberalism while banning nudity is just one more inconsistency.

George Davis, 75, has been campaigning against the nudity ban for years — meeting friends in the city while wearing the least clothing legally possible and accepting fines for his protests. “We represent the culture of the city,” he claims. No one wants to see San Francisco become as conventional a city as somewhere like Milwaukee, he adds.

Davis, who once ran for mayor on a campaign of body freedom and civil liberties, claims that most of the city is cool with people walking in the streets with no clothes on. It is just a “neurotic minority” who have a problem.

Davis includes Scott Wiener in that group, the district supervisor who introduced legislation against nakedness. He said then that his actions were the result of an “extreme” situation. Opponents say Wiener, a Democrat, was appeasing conservatives.

It is true that there had been complaints. The question is why those complaints were made. Some say there had been a noticeable rise in the number of people walking around naked. Others point out that 2012 coincided with the latest tech boom, which led to an explosion of wealth in the city. Well-heeled families who paid millions of dollars for a Victorian house with a perfect ice-cream colour facade did not want to see naked men on the streets outside.

Both are true. Nudists did start to gather more frequently at the intersection between Market and Castro when it was turned into a public meeting spot with tables and chairs. That made them more visible.

But San Francisco was also in flux — it still is. According to The National Community Reinvestment Coalition, it is the most intensely gentrified city in the US. In the Castro district, the average house price is $1.5mn.

New money has displaced older inhabitants. The Castro has been synonymous with gay culture for decades. But while the pedestrian crossing is still painted with rainbow colours and giant rainbow flags still fly, a survey in 2015 found that new arrivals to the area were more likely to be straight than long-term residents.

For most San Franciscans, nudity is the least of the city’s problems. The same gentrification that forced Davis and his friends to put their clothes on has been blamed for exacerbating homelessness by driving up property prices. For every 100,000 residents there are 512 unsheltered homeless people, far more than in New York, Boston, Washington or Chicago. In the first year of the pandemic, the Census Bureau estimates that San Francisco lost over 6 per cent of its population.

A few days after talking to Davis, I arrange to meet him and his friends on one of the city’s highest hills for an event to celebrate Pride month. They plan to protest naked, though when I arrive they have left (“too cold”, Davis texts). The great and the good, including Nancy Pelosi and Wiener, now a senator, can make their speeches uninterrupted. There is much talk of supporting the city’s unique qualities.

San Francisco is good at absorbing subcultures, even if they are not universally popular at first. Politicians speak at Pride events. Haight-Ashbury, once home to hippies, fills up with flower-power-themed trinket shops. This is why many leavers will return, despite the city’s well publicised problems. San Francisco’s eccentricities are still what make it appealing — naked guys and all.