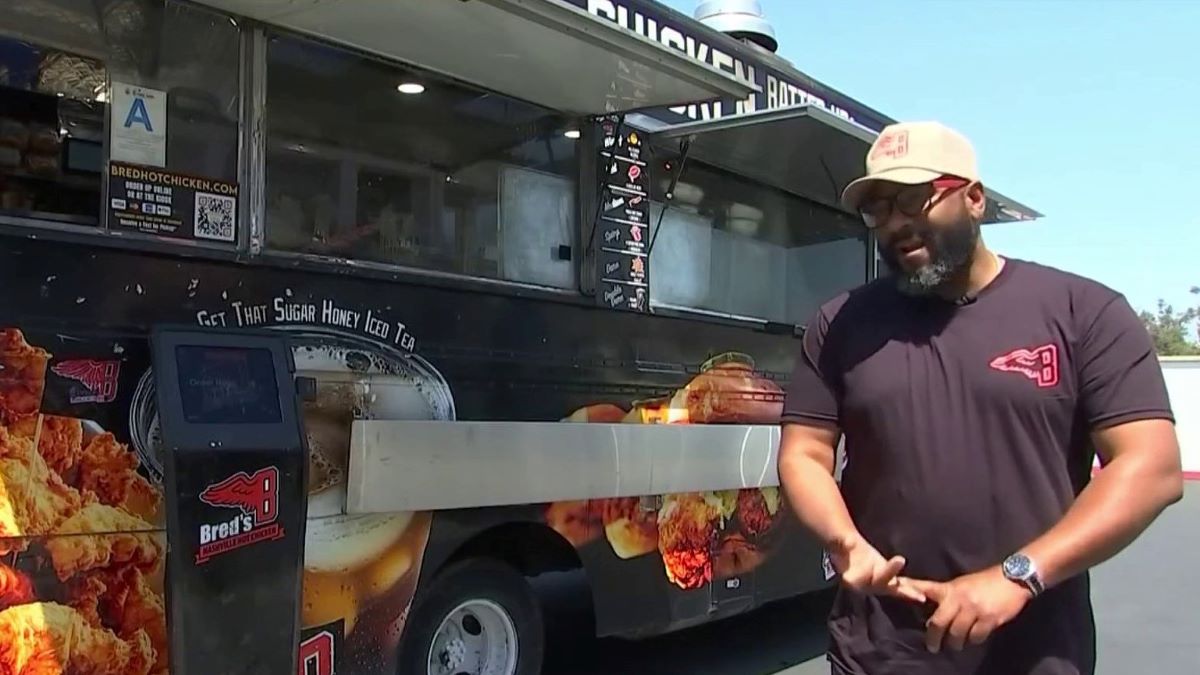 Record high fuel prices jumped again this week in several Southern California counties in another punch to the pocketbook for many drivers.

The phrase “Chicken Ain’t Easy” is emblazoned on the side of Scott Kearse’s truck above a photo of a mouth-watering sandwich. Turns out, it’s even more difficult these days.

Monthly fuel-related expenses add up to about $4,000, Kearse said, ticking off the expenses on his fingers.

The team serves up sandwiches, sides and beverages from the truck, which has a schedule that takes it to locations around Southern California. That means a lot of driving.

The money crunch leaves Kearse with a difficult choice.

“It hurts me to say it, but I have to pass it along to the customer,” the Orange County food truck owner said. “It’s a decision of either bringing down how much I’m serving, or raising the prices.”

The Orange County average price rose Thursday to a record for the third consecutive day, increasing three-tenths of a cent to $6.076. It has increased 21 of the past 22 days, rising 36.5 cents, including 2.4 cents Wednesday.

The Orange County average price is 23.4 cents more than one week ago,
32.4 cents higher than one month ago and $1.936 greater than one year ago.

The Orange County record before Tuesday was $6.029 set March 29.

Find the cheapest gas near you.

In Los Angeles County, the average price of a gallon of self-serve regular rose to a second consecutive record Thursday, increasing eight-tenths of a cent to $6.097. The average price has risen for 22 consecutive days, increasing 32.3 cents, including 2.3 cents Wednesday, according to figures from the AAA and Oil Price Information Service. It is 20 cents more than one week ago, 29.7 cents higher than one month ago and $1.918 greater than one year ago.

The national average price rose to a record for the 10th consecutive day, increasing 2.2 cents to $4.589.

The rising pump prices are the result of the high cost of oil, according to Andrew Gross, an AAA national public relations manager. The price of a barrel of July Brent crude on ICE Futures Europe fell $2.82 Wednesday to settle at $109.11.

Brent crude is the global oil benchmark, accounting for approximately 80% of the world’s crude oil.

Crude oil costs account for slightly more than half of the pump price, according to the U.S. Energy Information Administration. The rest of the price includes the other components of gasoline, production costs, distribution costs, overhead costs for all involved in production, distribution and sales, taxes and carbon offset fees in California paid by the refineries.