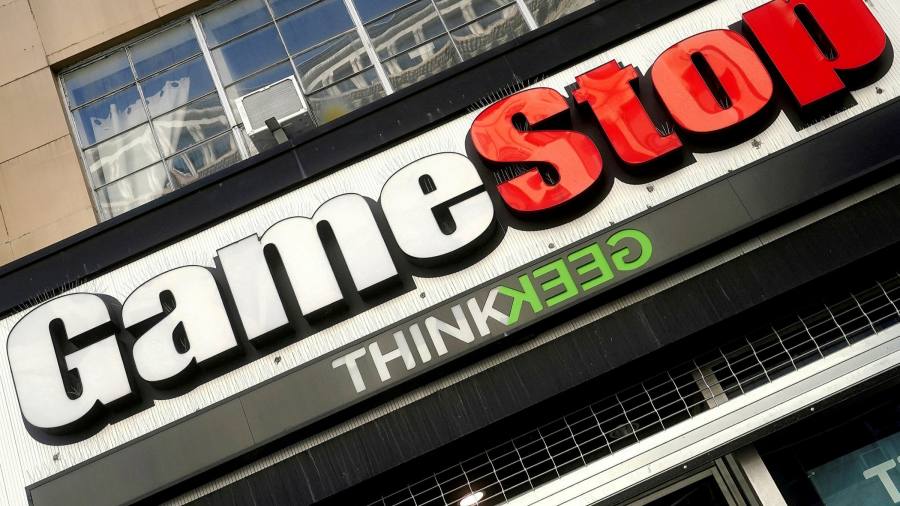 Shares in GameStop have more than doubled this week, validating the amateur traders who held on to the video game retailer’s stock after the explosive rally at the start of this year.

Shares in the company — the centre of a trading surge that shook the financial establishment in January — remain far shy of their peak near $483. But this week’s jump to around $300, up almost 1,500 per cent so far this year, reflects the resilience of some have-a-go investors, for good or ill.

“Obviously GameStop is a much better company than it was in December . . . Maybe it was worth more than $10 per share,” short seller and founder of Muddy Waters Research, Carson Block, told CNBC on Wednesday. “But come on. This is a sign that there is some serious dysfunction in our markets right now.”

In January, GameStop’s rally stemmed largely from a concerted and successful effort by amateur traders to crush negative bets on the company.

Some of the latest surge may be more down to the video game retailer’s prospects. On Monday, Ryan Cohen, co-founder of pet products retailer Chewy, was appointed to help oversee GameStop’s transition towards ecommerce. Cohen had previously began building a large stake in GameStop in September. The company announced last month its chief financial officer would step down on March 26.

But some analysts remain unconvinced. “The fundamentals of this company are terrible and they are not getting better,” said Anthony Chukumba, gaming industry analyst at Loop Capital.

Analysts said the tussle between funds betting against the stock and amateur traders betting on a climb was still playing out.

Unlike January, retail buyers are now playing at most a small role. Vanda Research calculated that retail buying of GameStop shares was 10 times larger in late January than the $8m conducted on March 9. That meant retail traders could not account for the scale of the latest rally, the research firm said.

“This is more than retail,” said Viraj Patel, strategist at Vanda Research. “This looks like an institutional short squeeze rather than retail buying.”

Redditors also cast doubt on the idea that a new wave of retail buying was driving the stock again. “On Reddit right now, people are just holding the stock,” said one longtime member of the r/WallStreetBets Reddit group who goes by the username u/Aaes.

“If it goes to zero, than so what?” the user said. “GameStop has become more of a principled investment than an investment you make with your head. People are fed up with the market controlled by the 1 per cent.”