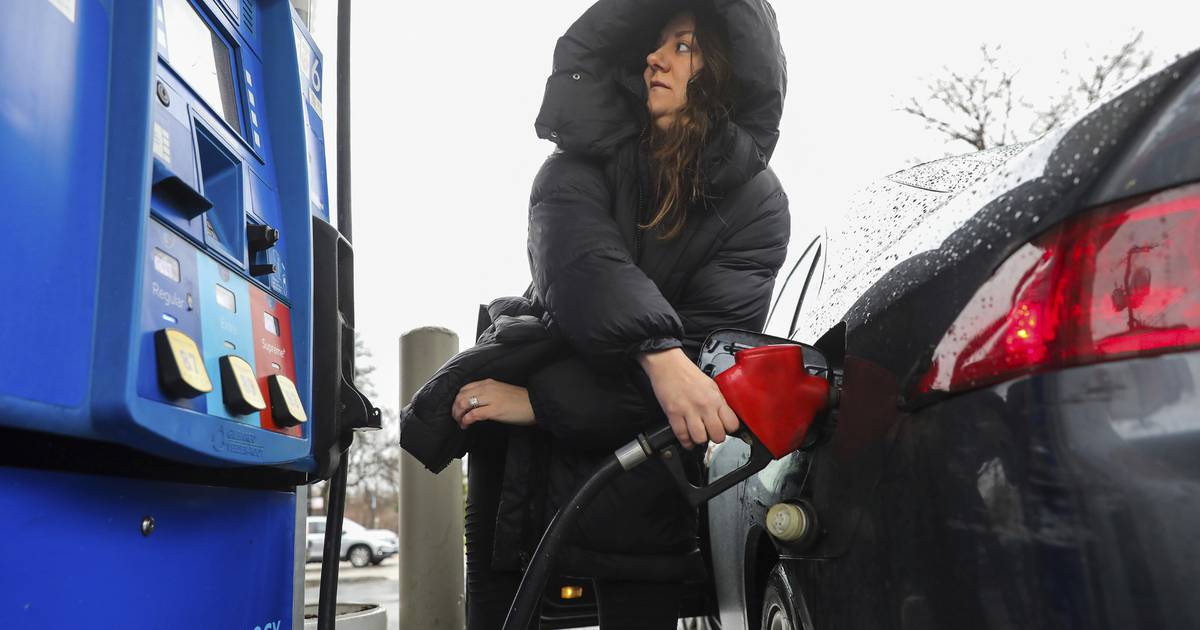 A trade organization that represents gas station owners filed a lawsuit on Thursday alleging a requirement in Democratic Gov. J.B. Pritzker’s $1.8 billion tax relief plan that businesses display signs advertising a freeze on the state’s gas tax violates their freedom of speech and is unconstitutional.

The Illinois Fuel & Retail Association’s lawsuit takes aim at a measure pushed through during the General Assembly’s truncated spring session that requires gas stations to post a notice informing drivers of a gas tax freeze for the second half of 2022. The notices are to be printed in bold on a 4-by-8-inch sign and “clearly visible to customers.”

The six-month pause in the state’s annual inflation-based gas tax increase is part of a broader effort by Pritzker and the Democrats who control the legislature to show voters that they’re taking action against rising consumer prices. Republicans have dismissed the package — which also includes a 12-month suspension of the grocery tax, property tax rebates of up to $300, and direct payments to many taxpayers — as election-year gimmickry.

The trade group alleges the legislation forces gas stations to “speak on behalf of the Illinois government” or get fined $500 for each day they fail to post the notice. Not only does the provision violate the business owners’ freedom of speech, the suit contends, but it also requires them “to choose between making a political statement they do not wish to make to their customers or the general public,” or face penalties.

As evidence that the sticker requirement is “undoubtedly political,” the lawsuit cites a recent Pritzker campaign ad that boasts “J.B. froze the gas tax,” and also to sponsoring Democratic state Rep. Mike Zalewski’s comments during a committee hearing that as drivers fill up their tanks later this year, “their gaze will fix upon the pump and maybe they’ll read about the good things we did.”

The suit, filed in Sangamon County Circuit Court in Springfield, names the Illinois Department of Revenue, its director, David Harris, and Sangamon County State’s Attorney Dan Wright, as a representative of county prosecutors statewide, as defendants. The fuel and retail group asks that the amendment to the motor fuel tax law not be enforced in a way that violates its rights.

Neither the Department of Revenue, the governor’s office nor the Sangamon County state’s attorney’s office responded immediately Thursday to a request for comment.

The state gas tax, currently 39.2 cents per gallon, was set to increase by 2.4 cents on July 1, according to the state Department of Revenue. But with Pritzker’s signature on the tax relief plan, that bump will be pushed off until Jan. 1, with the exact amount of the increase to be determined by where inflation stands at the end of September. Drivers will be hit with another increase on July 1, 2023.

The gas state owners argue they’re being treated differently than other businesses whose customers will benefit from the tax breaks. Supermarkets, for instance, will be required, “to the extent feasible,” to print a notice on their receipts that the 1% sales tax on groceries has been waived for one year. If it can’t be printed on the receipt, “then the retailer shall post the statement on a sign that is clearly visible to customers.”

But grocery stores, unlike gas stations, won’t face a fine if they fail to comply, a discrepancy the gas station group says is “a clear violation of Plaintiffs’ Equal Protection rights guaranteed by the United States and State of Illinois Constitutions.”

The suit also warned that customers who see the notice could “mistakenly perceive” that gas station owners are expressing political support for a particular policy, which “is outside the scope of the Motor Fuel Tax Law’s purposes and serves no legitimate governmental interest.”

The Republican minority in the legislature chided Democrats for passing the measure, prompting the majority party to call their GOP colleagues hypocrites because their party pushed a similar election-year proposal two decades ago.

In 2000, then-Republican Gov. George Ryan pushed a plan to suspend the state sales tax on gasoline, then 5%, for six months. At the time, gas in the Chicago area was averaging above $2 per gallon — more than $3.30 per gallon in today’s dollars, still well below the average of nearly $4.46 cents per gallon as of mid-April.

The GOP-backed plan required gas stations to place a sign on their pumps informing those at the pump about the tax freeze. It was sold as a way to make sure the temporary tax savings, estimated at about 10 cents per gallon, was passed along to consumers rather than pocketed by businesses. The GOP plan, much like the 2022 Democratic plan, passed with bipartisan approval in the House and Senate.